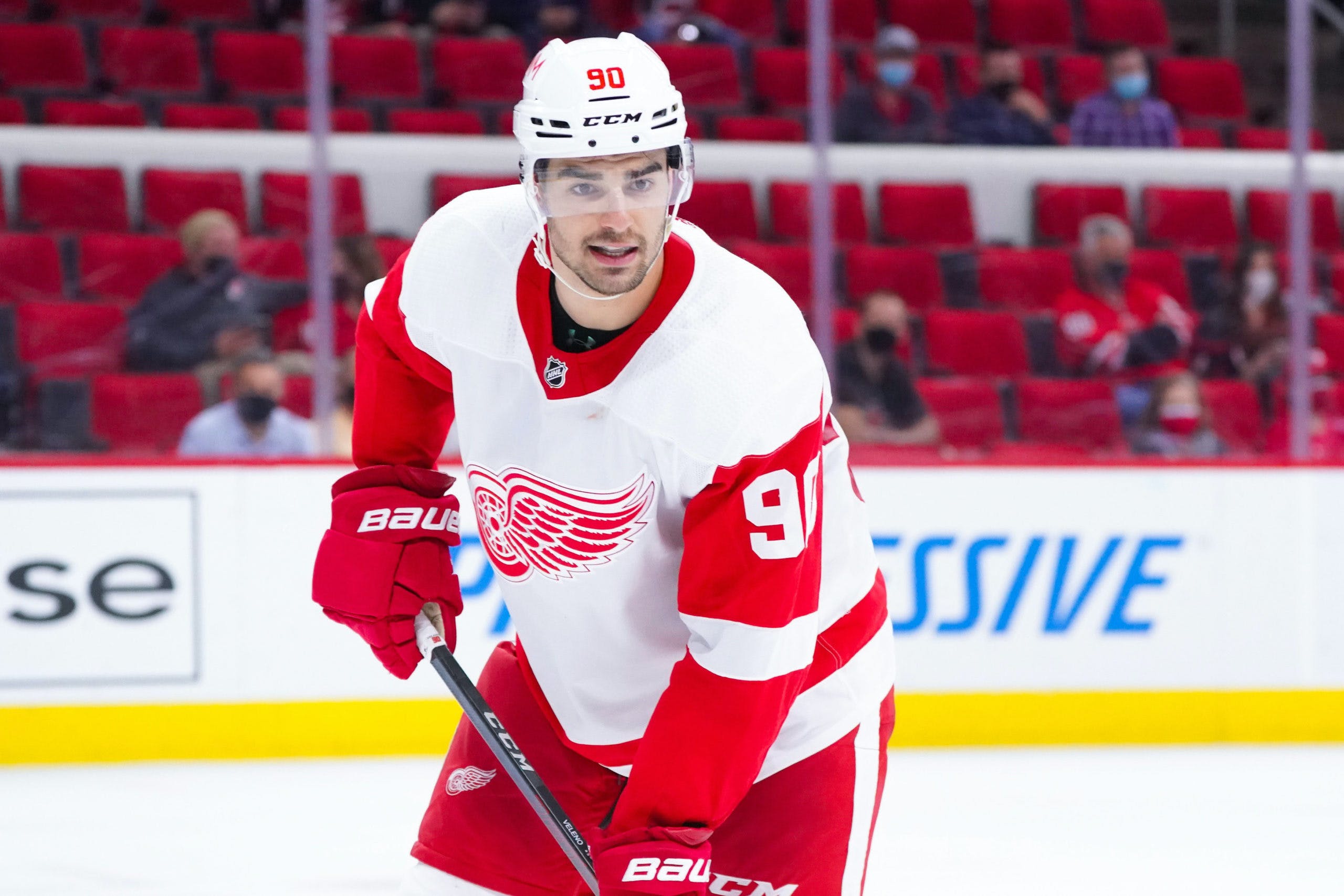 By Mike Gould
1 year ago
The future may not quite be here… but it’s getting closer.
Detroit Red Wings forwards Dylan Larkin, Lucas Raymond, and Joe Veleno combined to score a beautiful power-play goal during the third period of Saturday’s 5-1 pre-season win over the Columbus Blue Jackets.
The tally, which gave the Red Wings a 4-1 lead with just 5:16 remaining in regulation time, effectively put the game out of reach.
Veleno, the Red Wings’ second first-round pick from the 2018 NHL Entry Draft, finished off a superb passing play by fellow Red Wings first-rounders Raymond and Larkin for his first goal of the pre-season.
Here’s the video of the goal, as shared by the Red Wings’ official Twitter account:
It’s hard not to get excited about Lucas Raymond when he can make passes like that. The 2020 fourth-overall pick followed up this assist with another excellent set-up to Larkin on Detroit’s fifth goal of the game.
In addition to his assist on Veleno’s marker, Larkin scored two goals of his own in his pre-season debut. Detroit’s captain is entering the penultimate season of his five-year contract which annually pays him $6.1 million. He’ll be a 26-year-old unrestricted free agent when it expires in the summer of 2023.
As for the goal-scorer: Veleno will turn 22 next January. He has two years remaining on his contract at an $891,167 cap hit. There’s a pretty good chance he slots in behind Larkin and Pius Suter as Detroit’s third-line centre in 2021–22, with Robby Fabbri, Tyler Bertuzzi, Raymond, Filip Zadina, Vladislav Namestnikov, and Adam Erne slotting in as the top-nine wingers out of training camp (Jakub Vrána will undoubtedly take one of those spots when he returns).
Taro Hirose and Chase Pearson also scored for Detroit on Saturday. The Red Wings will return to action Sunday afternoon when they take on the Pittsburgh Penguins at 12:00 p.m. ET.
Uncategorized
Recent articles from Mike Gould