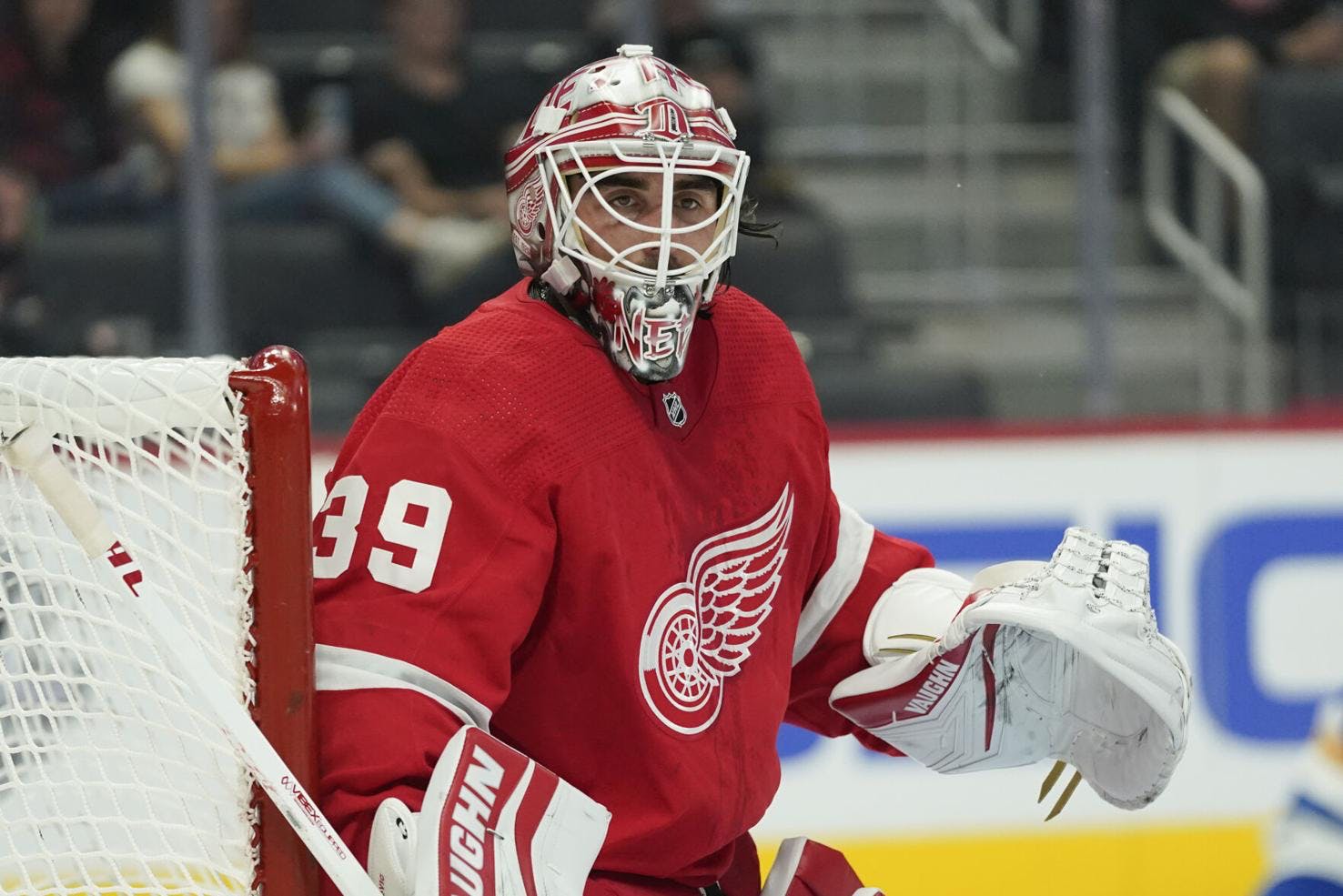 By Mike Gould
1 year ago
Detroit Red Wings goaltender Alex Nedeljkovic gave up a goal to forget against the Buffalo Sabres on Saturday afternoon.
With Sabres forward Casey Mittelstadt serving a slashing penalty late in the second period, Nedeljkovic picked up the puck to the left of his crease after Buffalo successfully cleared the puck out of the Wings’ attacking zone.
Nedeljkovic attempted to turn and fire the puck towards the other side of the defensive zone, where he presumably thought one of his players would be.
However, Moritz Seider (the Red Wings’ back-checker on the power play) followed a route that would have taken him behind the net with the puck after receiving a pass from Nedeljkovic on the near side. Instead, Nedeljkovic’s attempt bounced off Seider’s skate and into the slot.
Unfortunately for Detroit, the puck found its way right onto the stick of Sabres center Zemgus Girgensons. The Latvian veteran quickly deposited his first goal of the pre-season, giving Buffalo a 2-1 lead with just 12.6 seconds remaining in the middle frame.
Buffalo out-shot Detroit 31-15 through two periods in Saturday’s game, with Nedeljkovic posting an impressive .935 save percentage in the first 40 minutes. Nevertheless, he’ll want that one back.
JJ Peterka and Sam Gagner scored the first two goals in the game, with Mitchell Stephens picking up the lone helper on the Detroit tally.
Uncategorized
Recent articles from Mike Gould