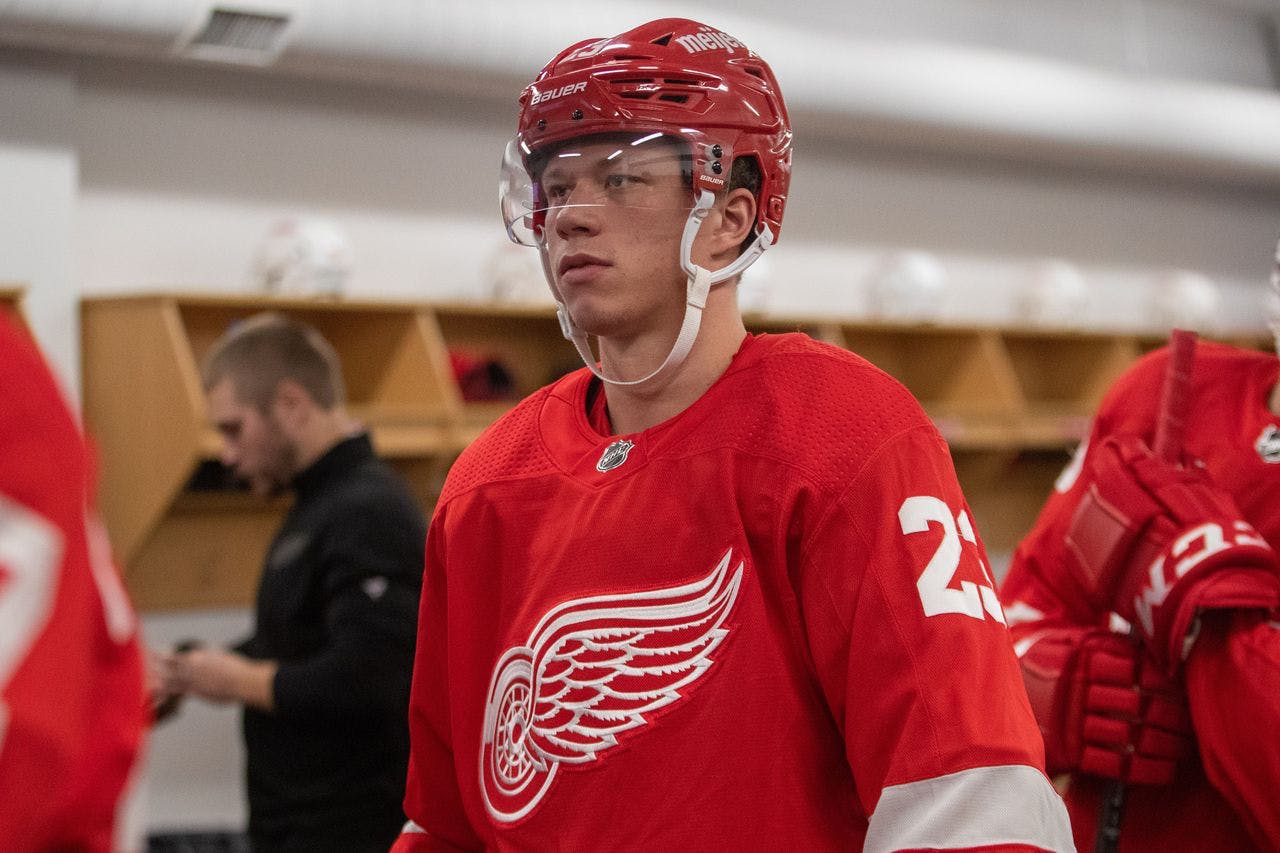 By Mike Gould
1 year ago
Lucas Raymond capped off a string of three consecutive goals for the Detroit Red Wings in Monday’s game against Chicago with a wicked shot past reigning Vezina Trophy winner Marc-André Fleury.
Raymond’s goal tied the score at 4-4 early in the third period. Taking a feed from team captain Dylan Larkin, Raymond fired a sizzling wrister from the right hash marks over Fleury’s extended glove.
Here’s the video, courtesy the Red Wings’ official Twitter account:
Raymond also picked up an assist on Detroit’s first goal of the game, finding Bobby Ryan on the doorstep with a nice slap-pass leading to a power-play goal at the 4:08 mark of the second period.
The Red Wings ultimately fell by a 6-4 score after rallying to tie the game from being down 4-1. Moritz Seider and Robby Fabbri also scored for Detroit; Thomas Greiss allowed five goals on 33 shots in the loss.
Raymond, selected fourth overall by Detroit in the 2020 NHL Entry Draft, has been on fire in the pre-season. Through three exhibition contests, Raymond now has two goals and six points. He look to have a solid chance at making the Red Wings out of training camp, especially with Jakub Vrána set to miss four months with a shoulder injury and Tyler Bertuzzi’s future unclear due to his vaccination status.
Detroit will play its next pre-season game on Oct. 6, travelling to Ohio for a 7:00 p.m. ET tilt against the Columbus Blue Jackets at Nationwide Arena.
Uncategorized
Recent articles from Mike Gould