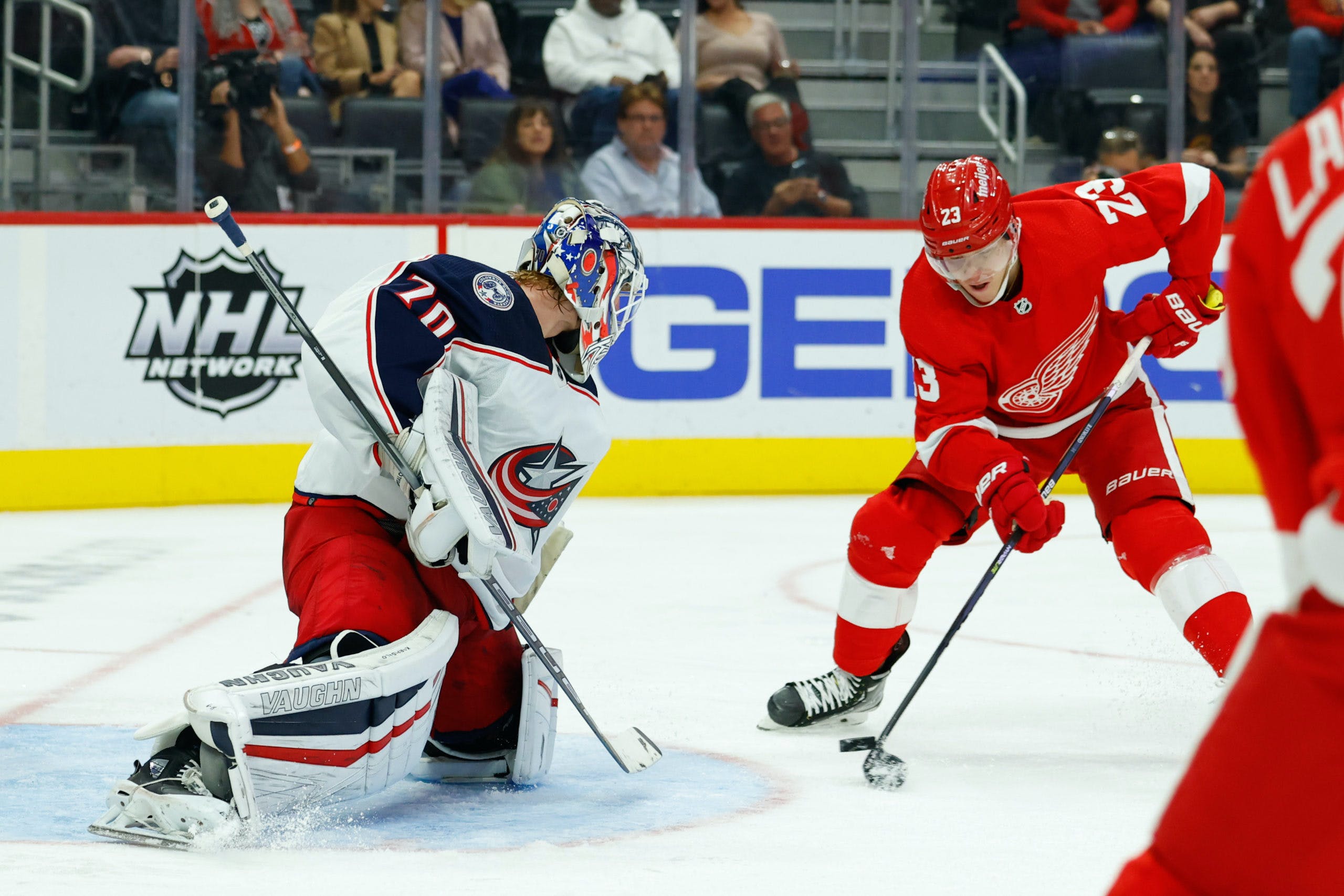 By Mike Gould
1 year ago
Detroit Red Wings forward @Lucas Raymond scored his first NHL goal in the third period of his team’s game against the @Columbus Blue Jackets on Tuesday evening.
With the Red Wings and Blue Jackets tied at zero with under 14 minutes remaining in regulation time, Raymond took a pass from Wings captain @Dylan Larkin and fired a shot from the right face-off circle past the glove of Columbus goaltender @Joonas Korpisalo.
@Nick Leddy picked up the secondary assist on Raymond’s first NHL marker. Here’s the video of the goal, as posted to Twitter by Bally Sports Detroit:
The Red Wings selected Raymond fourth overall in the 2020 NHL Draft. He recorded his first NHL point with an assist on a @Tyler Bertuzzi goal in Detroit’s 7-6 overtime loss to the Tampa Bay Lightning on Oct. 16.
Raymond picked up another point later in the third period on Tuesday, recording the secondary assist on Bertuzzi’s insurance goal with 11:07 remaining in regulation.
Detroit leads Columbus by a 2-1 score late in the third period. @Boone Jenner scored for the Blue Jackets with 7:09 remaining to cut the Wings’ lead to one goal.
Uncategorized
Recent articles from Mike Gould