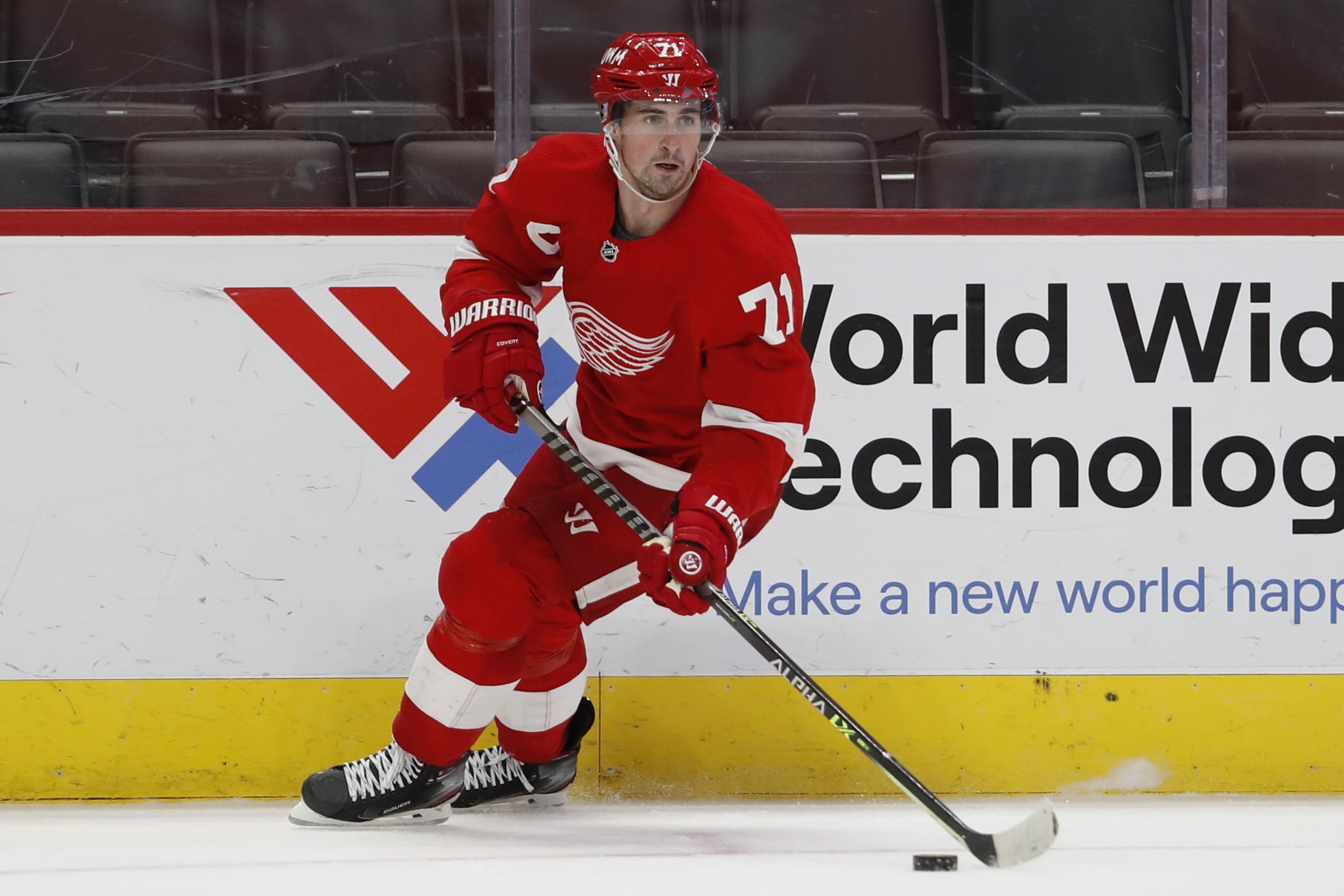 By Mike Gould
1 year ago
Detroit Red Wings center @Dylan Larkin scored his team’s first goal of the 2021–22 season on Thursday after being formally introduced to fans as team captain in a pre-game ceremony.
Former Red Wings captains Red Berenson, Paul Woods, Nick Libett, Dennis Hextall, Steve Yzerman, Alex Delvecchio, Nicklas Lidstrom, and Henrik Zetterberg all helped welcome Larkin to the team’s pantheon of captains prior to puck-drop in Detroit’s season opener against the Tampa Bay Lightning.
The Red Wings named Larkin captain prior to the pandemic-shortened 2020–21 season, at which time fans were not allowed to enter Little Caesars Arena in Detroit.
While the rules in Michigan ultimately changed during the year to allow a limited number of spectators at the rink, Thursday’s Red Wings game was the first at full arena capacity since Larkin started donning the “C” for the team.
Fittingly, Larkin kicked things off for the Red Wings in their season opener. Exactly 14 minutes into the first period, he drove the net and slammed the puck home after an initial shot by teammate @Robby Fabbri had trickled through the equipment of Lightning goaltender @Andrei Vasilevskiy.
Here’s the video of the goal, as posted by the Wings’ official Twitter account:
@Filip Zadina picked up the secondary assist on Larkin’s first goal of the season. The Red Wings currently lead the Lightning by the same 1-0 score after 20 minutes of play.