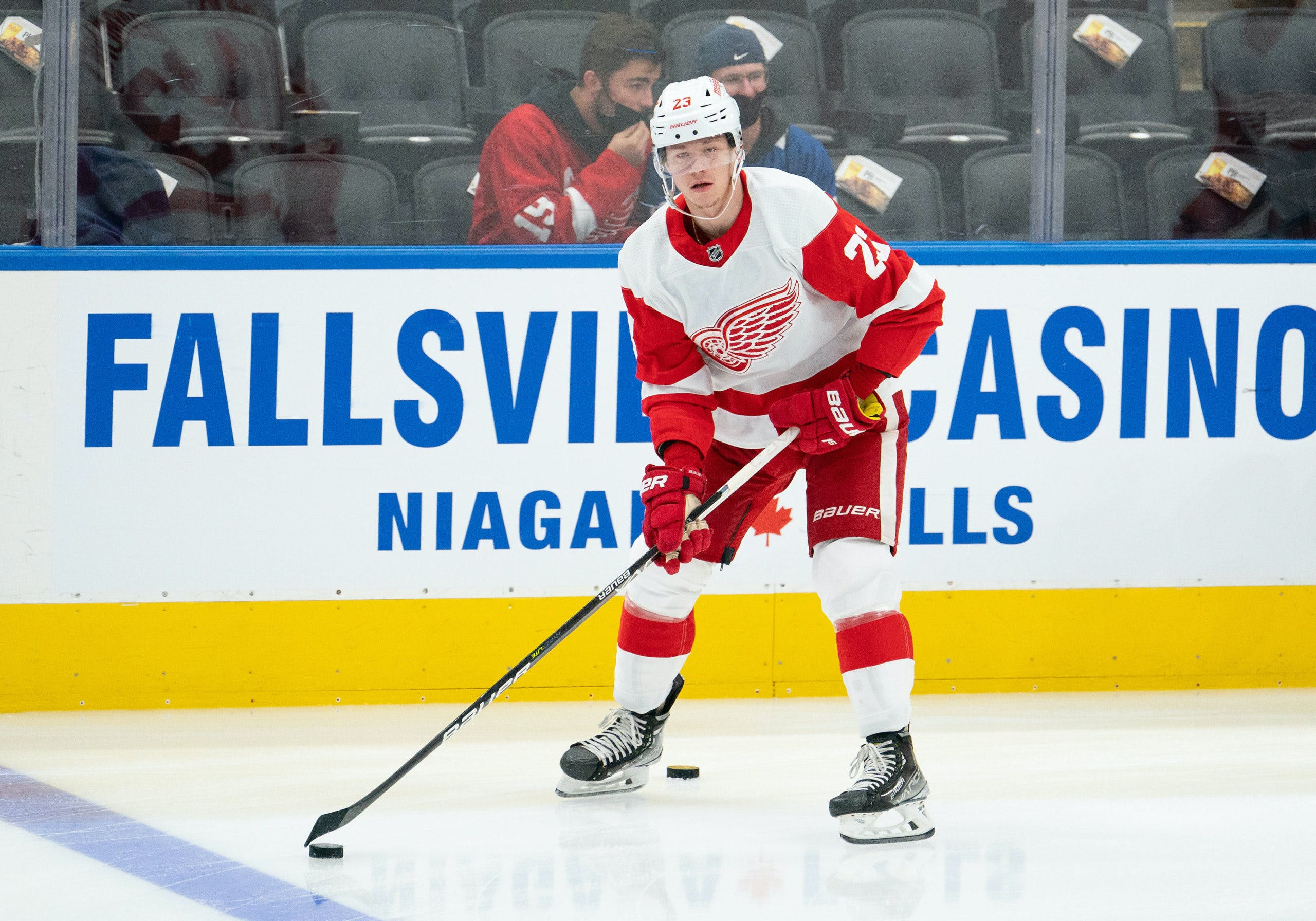 By Mike Gould
1 year ago
Despite currently ranking second among all Swedish National Hockey League players in scoring, Detroit Red Wings rookie @Lucas Raymond may not be able to participate at the 2022 Olympics in Beijing.
Sweden’s national ice hockey federation did not include Raymond on its 55-man “long list” before the 2021–22 season started, according to a report by Swedish hockey outlet Sportbladet.
Raymond has since taken the NHL by storm, scoring nine goals and 21 points in his first 22 games as a Red Wing. Only Calgary Flames center @Elias Lindholm ranks ahead of Raymond on the NHL’s Swedish scoring leaderboard this season.
In response to Raymond’s hot start, Team Sweden has requested an exemption from the International Ice Hockey Federation (IIHF) to allow the 19-year-old winger to play for them in Beijing despite not having included him on the initial list.
Here’s an excerpt from the Sportbladet report (translated from Swedish to English by Google Translate):

In the gross squad with NHL players that Johan Garpenlöv has taken out, and where the names are secret, there are 50 outfielders and five goalkeepers.
But the hottest Swede in the NHL this fall, Detroit Red Wings Lucas Raymond, is according to Sportbladet’s information not among the 55 names that Johan Garpenlöv has reported.
Thus, the risk is imminent that the former Frölunda forward cannot be selected for the Olympics.
But now the Swedish Ice Hockey Association has applied to add additional players, something that is confirmed by competition manager Olof Östblom who is also team manager for Tre Kronor . When asked if Tre Kronor can take out additional players to the gross squad, Östblom answers:
– Possibly, we have asked the question to the IIHF without a definitive answer.

The men’s ice hockey tournament at the Beijing Olympics is scheduled to begin on Feb. 9, 2022.
Uncategorized
Recent articles from Mike Gould