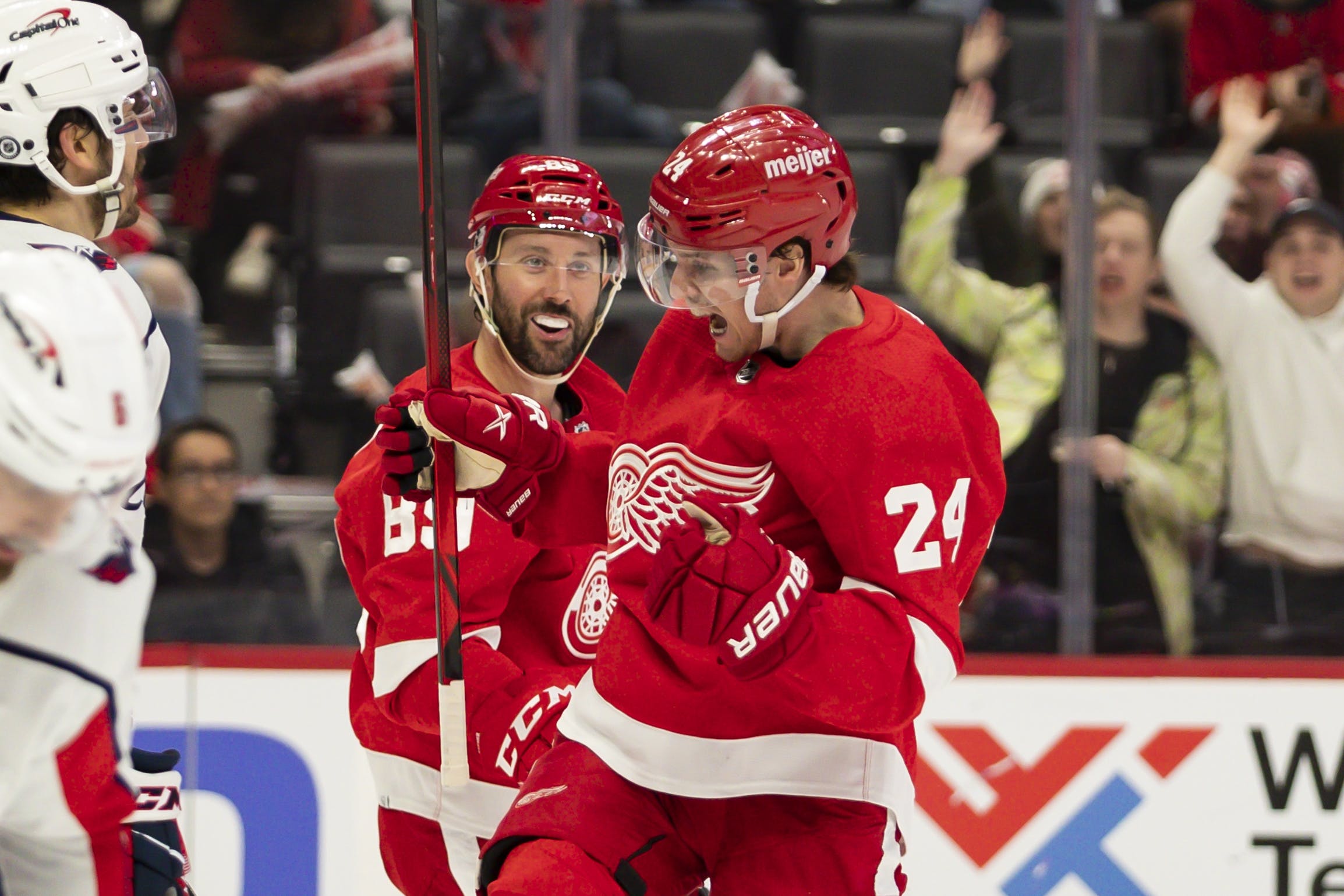 By Mike Gould
11 months ago
Detroit Red Wings forward @Pius Suter netted his sixth goal of the 2021–22 season to open the scoring early in the second period of his team’s game against the Washington Capitals on Friday.
Suter, 25, managed to capitalize on a perfect spinning pass @Sam Gagner threw into the slot right onto his tape. The Swiss centre immediately snapped a quick shot past @Ilya Samsonov to give the Red Wings a 1–0 lead.
@Vladislav Namestnikov also assisted on Suter’s goal, which came at the 1:43 mark of the middle frame.
Suter broke a personal nine-game goalless drought with the tally. He now has six goals and 16 points in 32 games this season.
The Red Wings and Capitals are currently tied 1–1 early in the third period. @Evgeny Kuznetsov scored late in the second to knot the score.
You can catch the rest of Detroit’s New Years’ Eve game on Bally Sports Detroit.
Uncategorized
Recent articles from Mike Gould