Suter, Bertuzzi lead the way for Red Wings in 5-2 win over Vegas 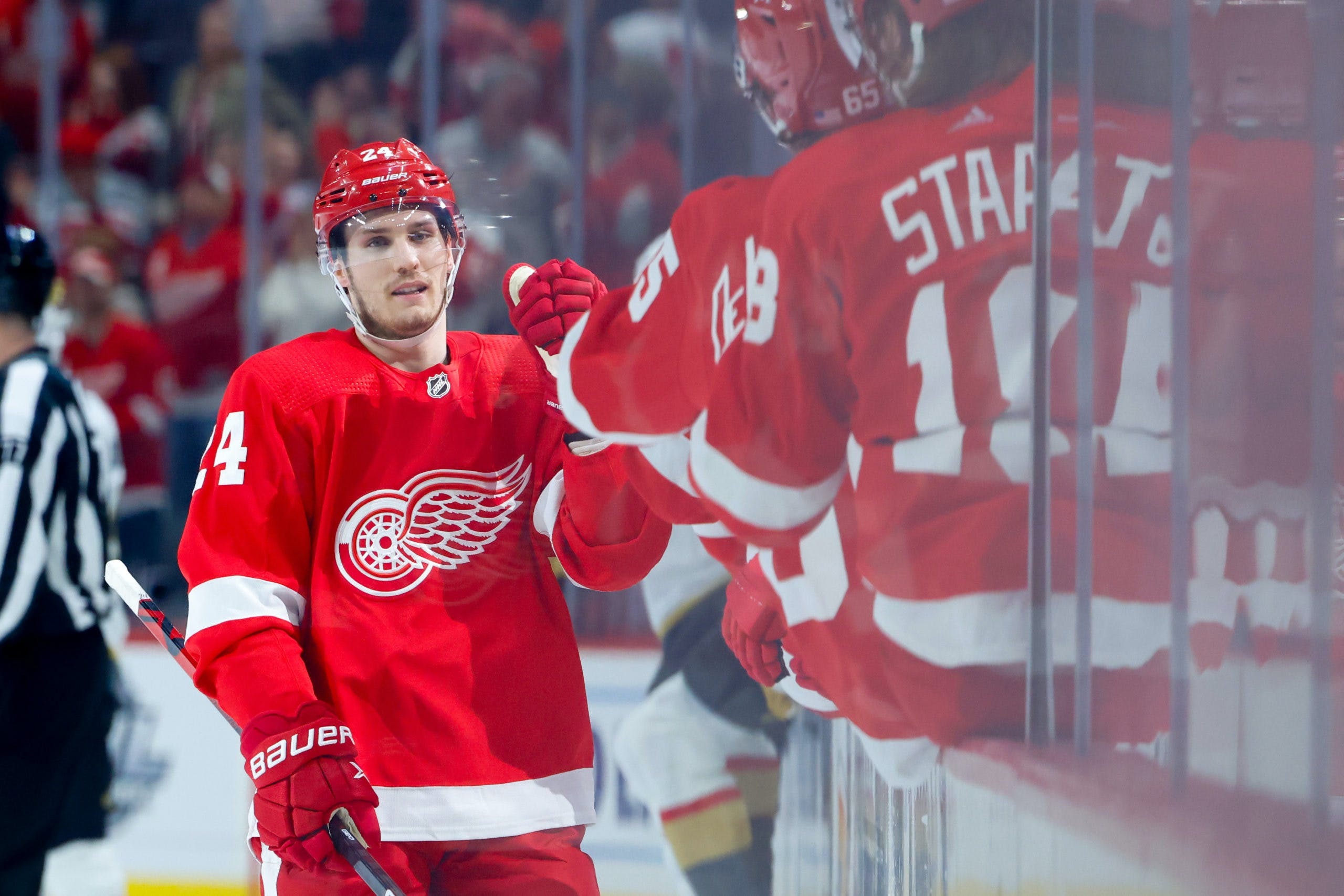 By Mike Gould
1 year ago
@Pius Suter and @Tyler Bertuzzi each recorded a goal and an assist for the Detroit Red Wings in their 5-2 win over the Vegas Golden Knights on Sunday night.
@Lucas Raymond, @Robby Fabbri, and @Vladislav Namestnikov also scored for Detroit, which improved to 6-5-2 with the victory. Red Wings goaltender @Thomas Greiss made 38 saves on the 40 Vegas shots he faced.
Golden Knights center @Nicolas Roy opened the scoring just 3:48 into the first period. Raymond responded to tie the game less than five minutes later before Fabbri gave the Wings a 2-1 lead at the 10:13 mark.
Late in the opening frame, Suter doubled Detroit’s lead with an extremely impressive shot that beat Vegas goaltender @Laurent Brossoit high on his blocker side. After scoring just once in his first 11 games with the Red Wings, Suter now has goals in each of his last two contests.
Namestnikov scored the only goal of the second period before the teams traded goals in the final frame. @Jonathan Marchessault — assisted by Roy — got Vegas back within two at the 4:25 mark of the third before Bertuzzi sealed a 5-2 Wings win with an empty-netter in the dying seconds.
Suter was named the game’s first star for his efforts on Sunday. The 25-year-old center joined the Red Wings as an unrestricted free agent in the off-season after scoring 27 points in 55 games as a rookie with the Chicago Blackhawks in 2020–21. He has three goals and six points in 13 contests with Detroit this season.
Detroit will return to action on Nov. 9 to welcome the 9-1-0 Edmonton OIlers to Little Caesars Arena. You’ll be able to catch that game on Bally Sports Detroit at 7:30 p.m. ET.
Uncategorized
Recent articles from Mike Gould