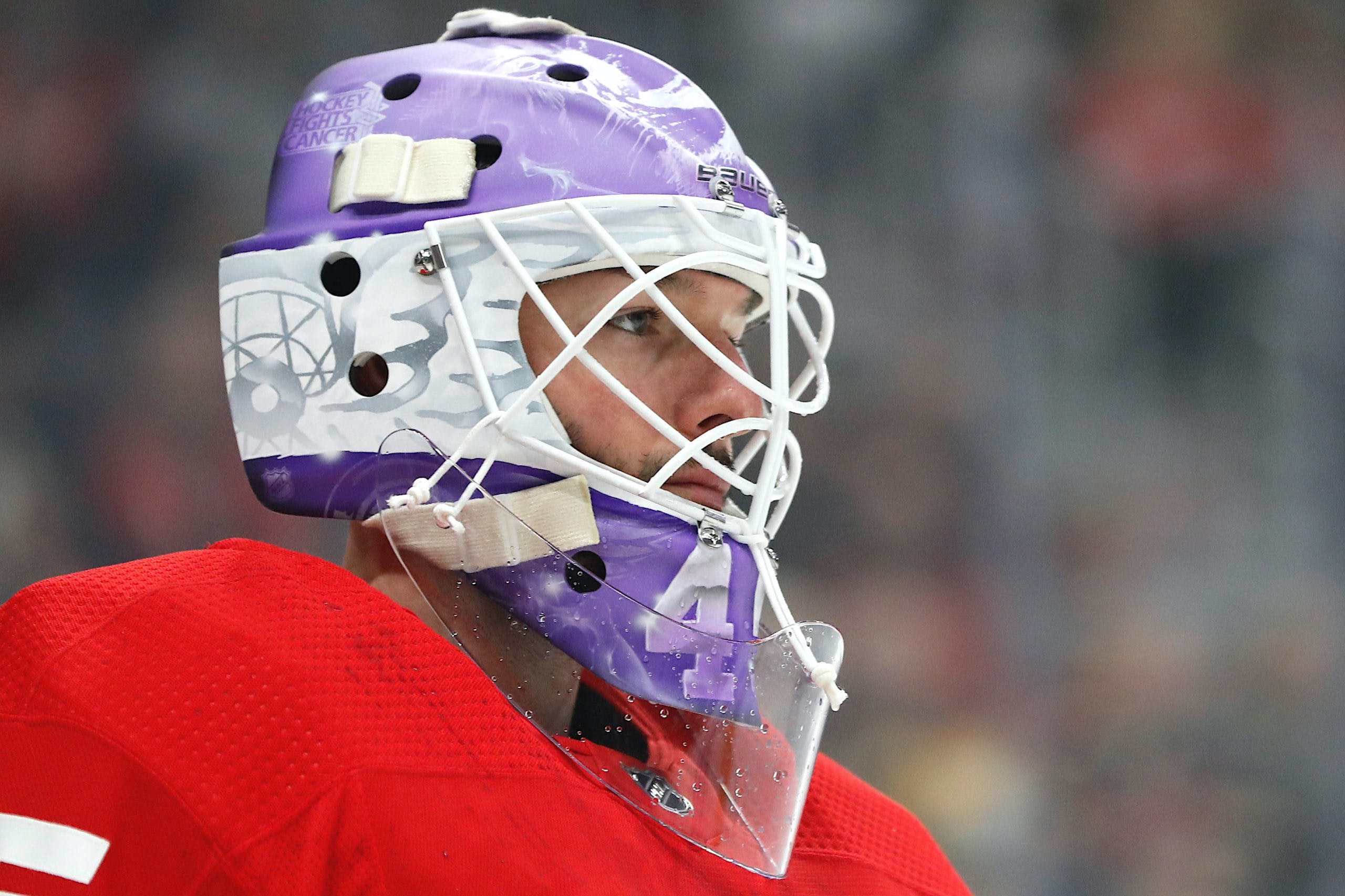 By Nation World HQ
1 year ago
by OddsShark (@OddsShark) – Sponsored Post
The Detroit Red Wings are 0-5 in their last five games on the road. The Red Wings will try to snap their road losing streak on Tuesday night when they visit the Florida Panthers in the first game of a four-game road trip.
Detroit is a +200 road underdog on the NHL odds in Florida at sportsbooks monitored by OddsShark.com. The Panthers are 4-1 in their last five home games against the Red Wings.
Red Wings vs Panthers | OddsShark Matchup Report
Calvin Pickard made his first two starts of the season over the weekend and played great in both games, allowing only two total goals in back-to-back wins of 3-1 and 4-1 over the Columbus Blue Jackets on Saturday and Sunday.
Detroit’s defense made Pickard’s life easy in goal as the 28-year-old only faced 22 shots on Saturday and 17 shots on Sunday. With the wins, the Red Wings improved to 5-4 over their last nine games despite being an underdog of at least +150 in all nine of those contests. Now the Red Wings will try to win on the road where they are just 3-12-1 this season.
The Panthers also picked up wins in back-to-back games over the weekend by defeating the Dallas Stars 4-3 on Saturday and then 4-1 on Sunday.
The win on Sunday came at a price however as star defenseman Aaron Ekblad suffered a serious leg injury in the win that is expected to keep him out for around three months. Florida had entered the weekend in the midst of a 1-4 slump with three straight losses, but appeared to get back on track with the two strong efforts against the Stars.
Tuesday night’s total is set at 5.5 goals at sports betting sites. The UNDER is 6-1 in the last seven games between the Panthers and the Red Wings.
Detroit plays against the Panthers again on Thursday night before wrapping up this current road trip with two road games against the Tampa Bay Lightning on Saturday and Sunday. With Jonathan Bernier out indefinitely due to a leg injury, look for Calvin Pickard to continue getting starts for as long as he keeps playing well.
Check out OddsShark on Twitter and Instagram or head to YouTube for analysis on this week’s top games. As well, the OddsShark Computer serves up daily NHL picks for bettors.
Odds News
Recent articles from Nation World HQ