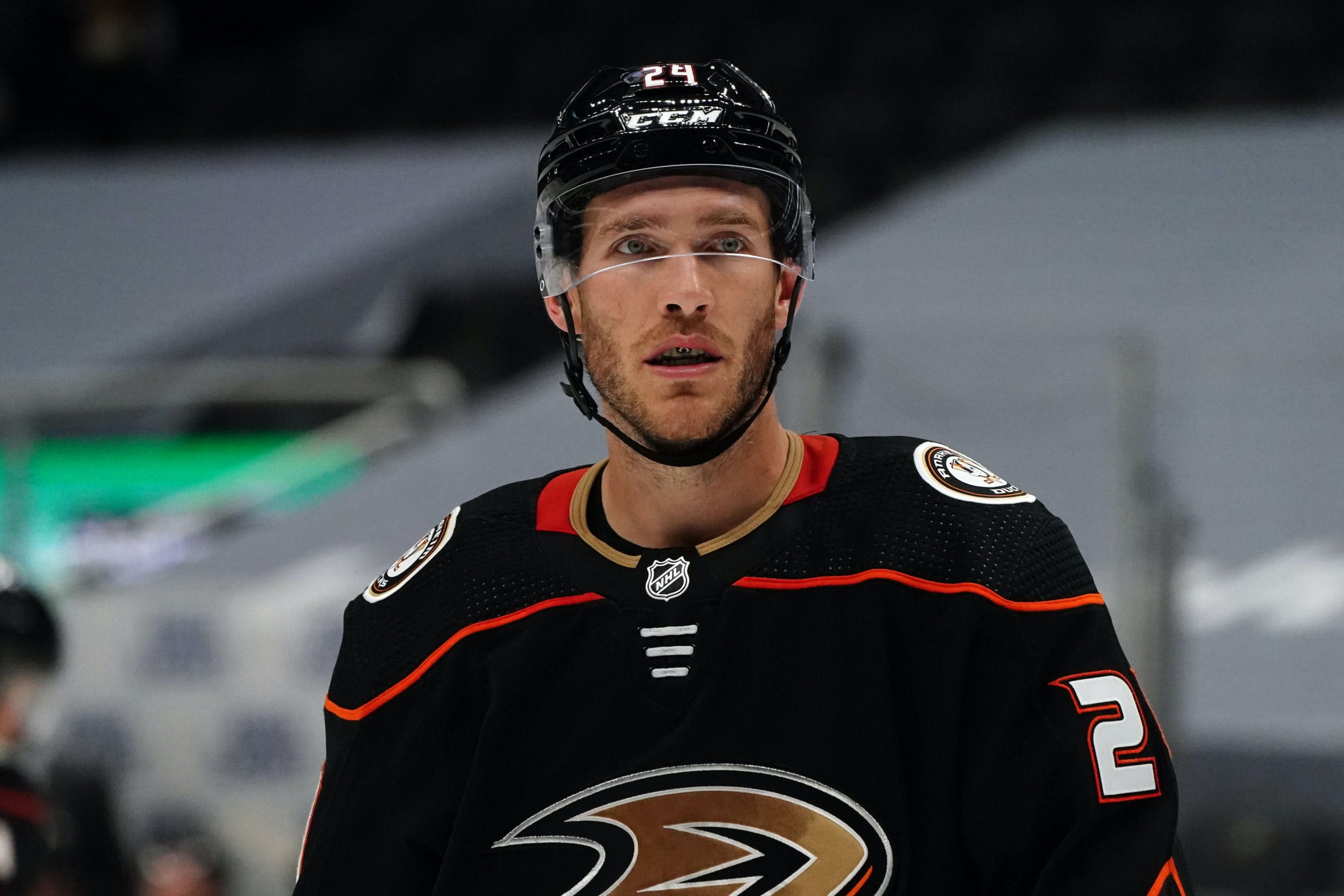 By Thomas Hall
1 year ago
Looking to add some depth to their roster, the Detroit Red Wings have signed forward @Carter Rowney, who was an unrestricted free agent, to a one-year deal for this season.
After spending the last three seasons with the Anaheim Ducks, Rowney, 32, is now set to join the Red Wings during his sixth NHL season and is slated to earn $825,000 in 2021-22, according to PuckPedia.com.
Rowney appeared in a career-best 71 games during the 2019-20 season, where he averaged 12:49 minutes of ice time per game and produced eight total goals, two short-handed goals, 19 total points, four short-handed points, 189 hits, 63 shots on goal, 42 blocks, 24 takeaways along with a 45.6% faceoff percentage.
Unfortunately, the 6’2″ forward’s performance ended prematurely in 2020-21 as he tore the meniscus in his left knee back in March, causing him to miss the remainder of the season.
As a result, the 2017 Stanley Cup champion’s third season with the Ducks came to an abrupt end after just 19 games, resulting in only six assists, 45 hits, 21 blocks, 10 shots on goal, eight takeaways and a 57.1% faceoff percentage.
Once Rowney reports to training camp in a few weeks, he’s expected to compete for a roster spot against fellow depth skaters like @Mitchell Stephens, @Givani Smith – who remains a restricted free agent – and @Taro Hirose.
Detroit will open its preseason schedule on Sep. 29 against the Chicago Blackhawks.
News
Recent articles from Thomas Hall