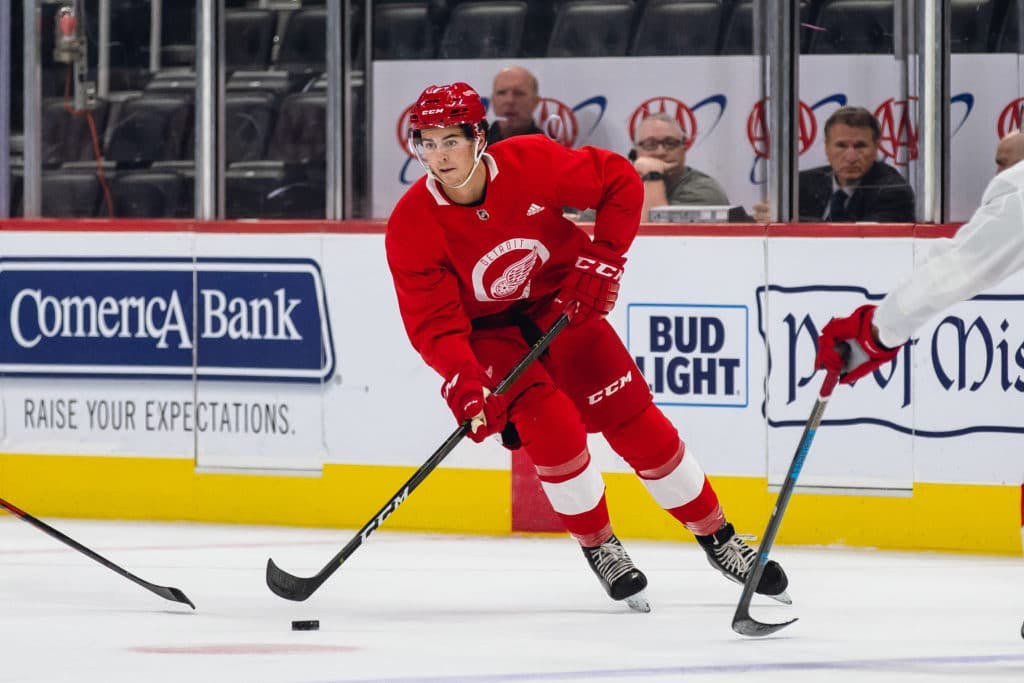 By Thomas Hall
1 year ago
With the Detroit Red Wings looking ahead to the future, they’re already planning for next season and have officially locked up one of their top collegiate prospects.
On Wednesday, the club announced they’ve signed defenseman @Seth Barton, 21, to a two-year entry-level contract that will begin during the 2021-22 campaign, meaning he won’t be eligible to play in the AHL or NHL later this season.
Originally selected in the third round of the 2018 NHL Draft, which is the pick Detroit acquired from the Philadelphia Flyers in exchange for goaltender @Petr Mrazek, Barton recently concluded his junior season with UMass-Lowell and will now attempt to make the jump over to professional hockey.
Over his 83 career games with the River Hawks, the 6′ 2″ blueliner scored seven goals, 36 points and earned a -1 +/- rating.
Considering the Red Wings already have players like @Dennis Cholowski, @Joe Hicketts, @Donovan Sebrango, @Gustav Lindstrom, @Jared McIsaac and @Patrick Holway on the Grand Rapids Griffins’ roster, Barton will likely have plenty of competition for playing time when next season rolls around.
News
Recent articles from Thomas Hall