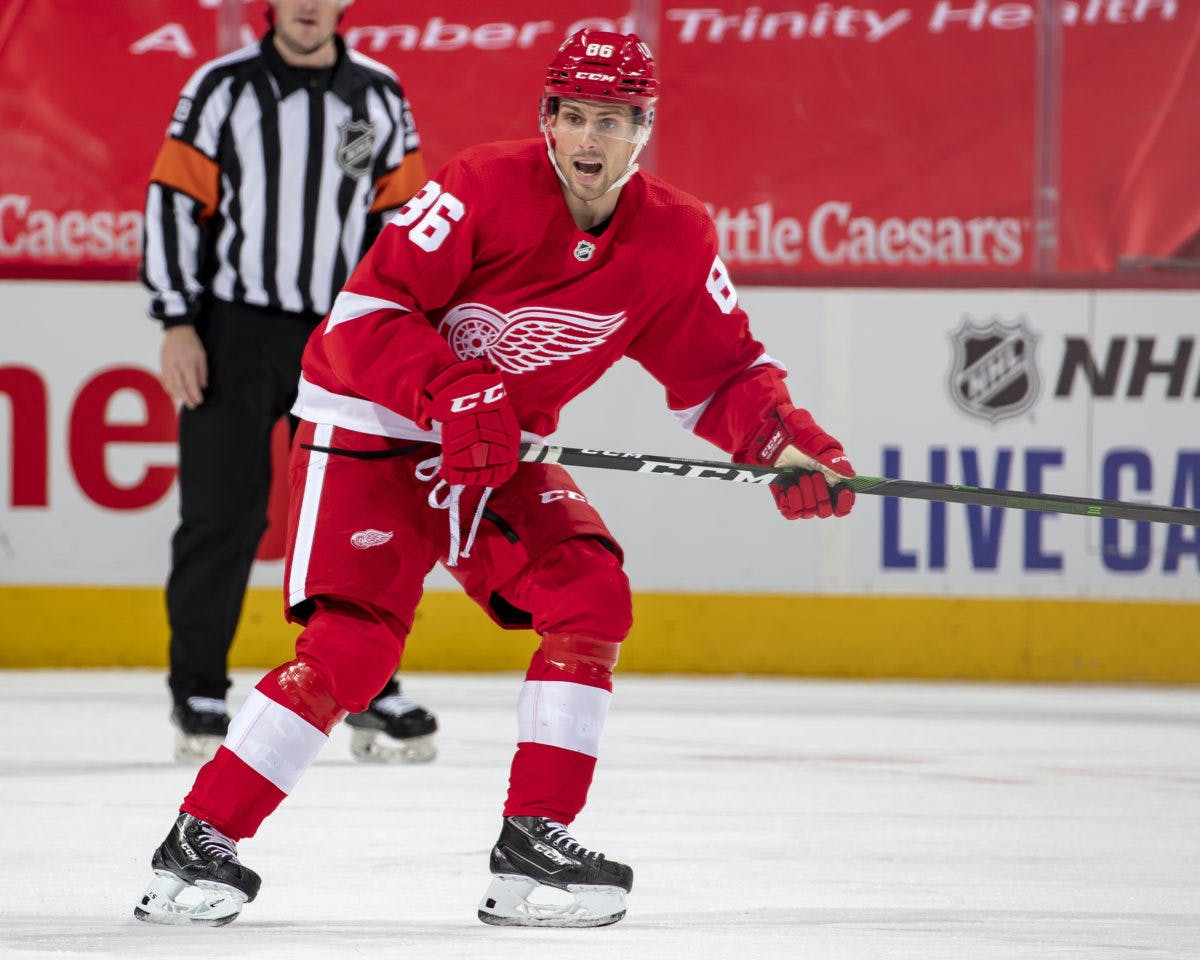 By Thomas Hall
1 year ago
Failing to qualify for the playoffs for the fifth straight season, the Detroit Red Wings are one of 15 teams who’ll be watching this year’s Stanley Cup Playoffs from home, meaning general manager Steve Yzerman and his staff can begin planning for the upcoming offseason.
While the front office will certainly have their hands full this summer with free agency, the NHL Draft and the Seattle Kraken Expansion Draft, it appears they’ll have one less decision to make as forward @Mathias Brome, who’s slated to become a restricted free agent, has signed a two-year contract with HC Davos of the National League.
Sending out a press release Monday afternoon, general manager Jan Alston spoke about this latest acquisition and referred to Brome, 26, as a “worker with a high level of game intelligence.” Alston also said, “he can assert himself on the ice with his good skating and puck handling skills and makes his teammates better. Two-way wing shows his character, he’s not just a team player on the ice.”
After enjoying a breakout performance with Orebro HK of the SHL in 2019-20, which saw Brome score 17 goals and 43 points in 52 games, the undrafted free agent signed a one-year, $925,000 contract with Detroit in April 2020. Unfortunately, he spent most of the 2020-21 campaign bouncing back and forth between the NHL and the club’s taxi squad, limiting him to just 26 games.
During that span, the left-hander only averaged 13:39 minutes of ice time per game, producing just one goal, two points, 22 shots on goal, 19 hits, 12 takeaways and seven blocks.
While the Red Wings could retain Brome’s rights by tendering him a qualifying offer this summer, doing so wouldn’t make much sense as he’s eligible to become an unrestricted free agent when his contract with HC Davos expires after the 2022-23 season.
News
Recent articles from Thomas Hall