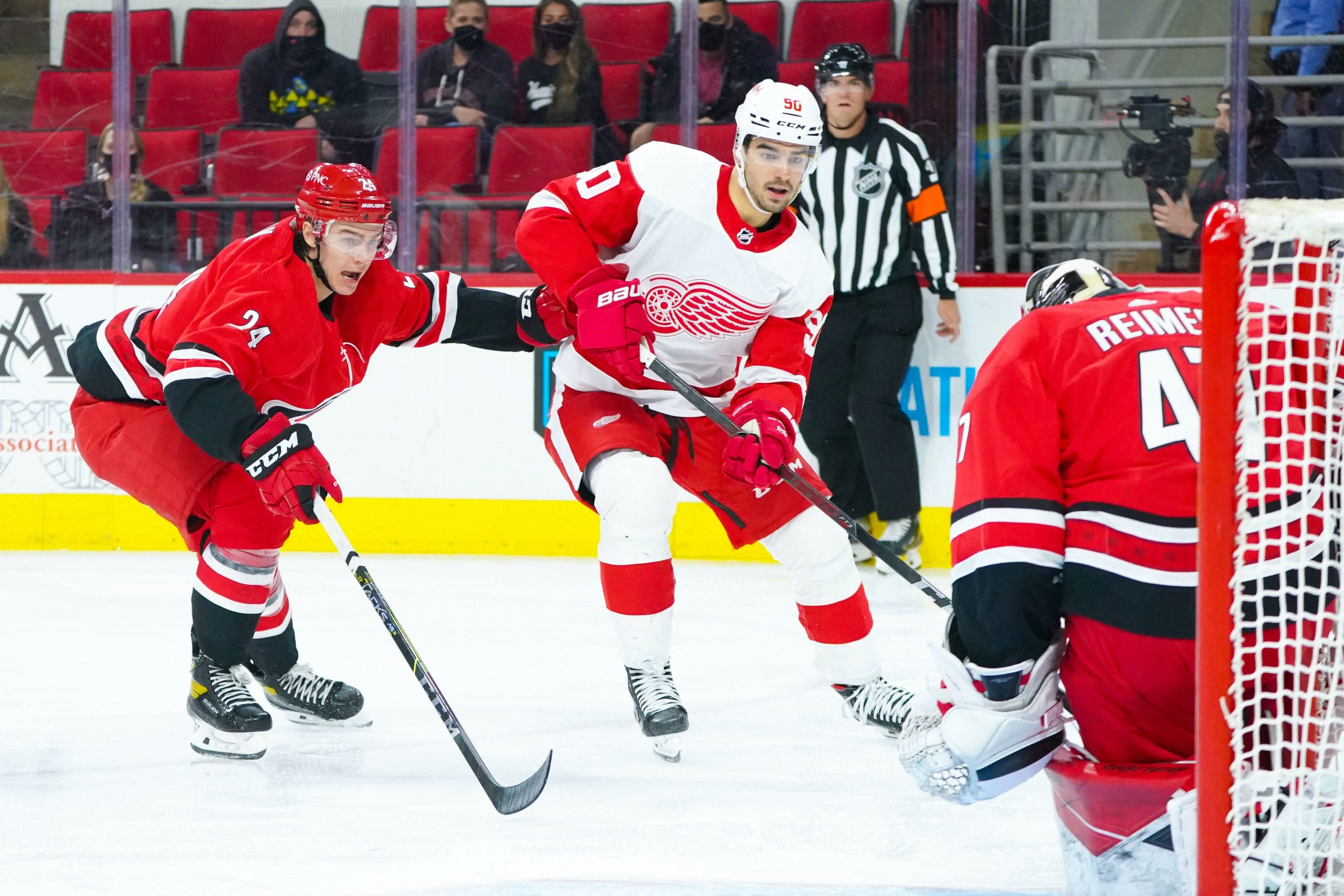 By Mike Gould
1 year ago
He’s here.
The Detroit Red Wings announced Saturday they have recalled center @Joe Veleno from the Grand Rapids Griffins of the American Hockey League.
Veleno, 21, will fill @Tyler Bertuzzi’s spot in the lineup when the Red Wings take on the Toronto Maple Leafs on Saturday at 7:00 p.m. ET. Bertuzzi is unvaccinated and currently ineligible to enter Canada.
With the Red Wings already sitting at a 23-man roster before recalling Veleno, a corresponding roster move — either through waivers or injured reserve — is likely coming to free up his spot on the team.
Detroit selected Veleno with the 30th overall pick of the 2018 NHL Draft. He played his first five NHL games with the Red Wings last season, collecting his first goal in the process.
Veleno has 15 goals and 29 points in 63 career games with the Griffins. He has three points (all goals) in five AHL contests to start the 2021–22 season.
Uncategorized
Recent articles from Mike Gould