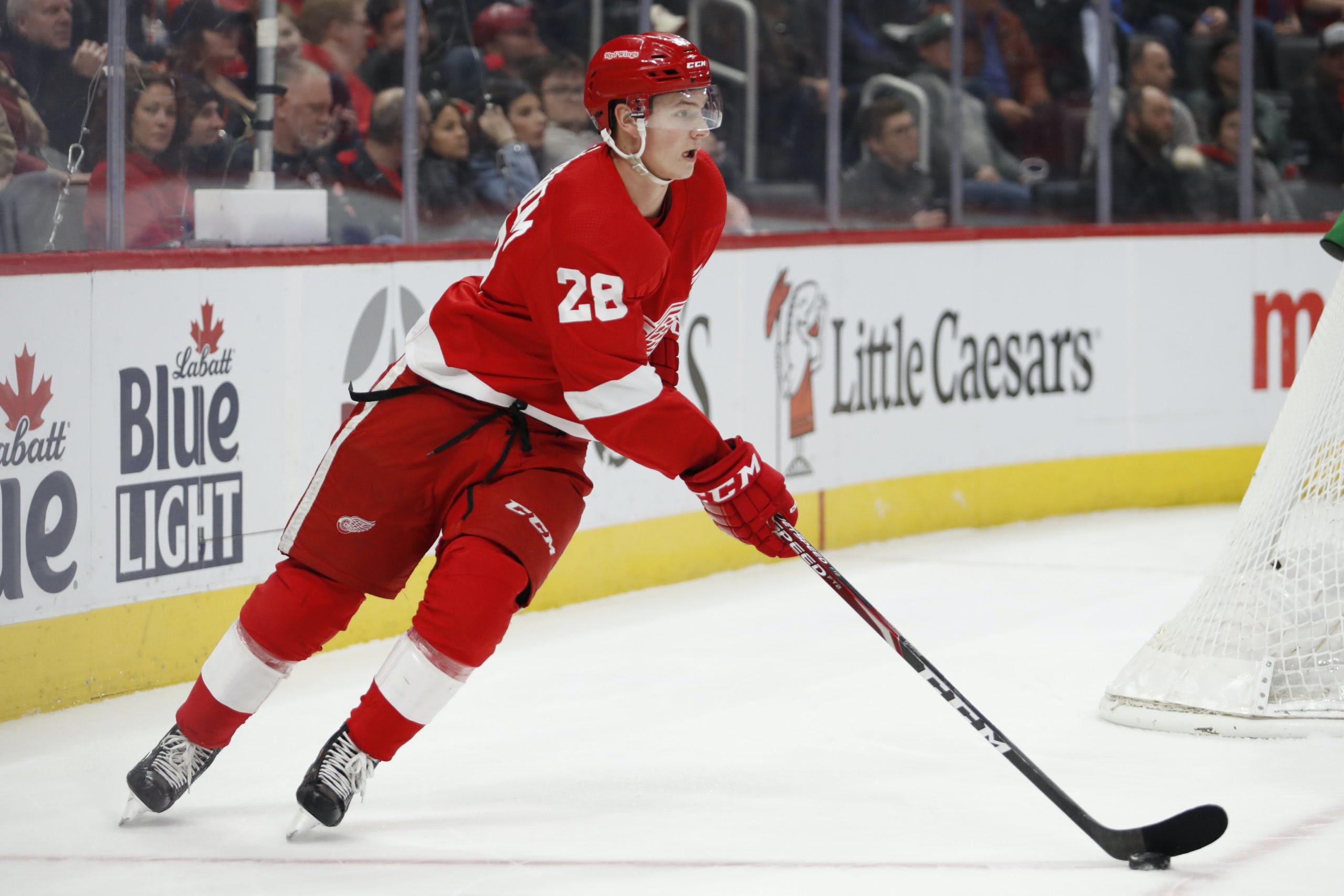 By Thomas Hall
1 year ago
Shortly after the deadline to tender restricted free agents passed on Monday, the Detroit Red Wings announced they had extended defenseman @Gustav Lindstrom to a two-year contract, which will begin in 2021-22.
After concluding his three-year, entry-level contract this past season, Lindstrom, 22, is now signed through the 2022-23 campaign and his new deal will carry a cap hit of $850,000 per season, according to PuckPedia.com.
Once Lindstrom’s new deal expires, the 6’2″ blueliner will become a restricted free agent once again, although he’ll be arbitration-eligible for the first time in his young career. Having said that, he won’t gain unrestricted free agent status until after the 2025-26 campaign.
Appearing in his second NHL season, the former second-round selection averaged 16:07 minutes of ice time per game, producing three assists, 17 blocks, 14 hits, eight shots on goal and a +1 rating over 13 games.
Free-agent frenzy will open at 12 pm ET on Wednesday.
News
Recent articles from Thomas Hall