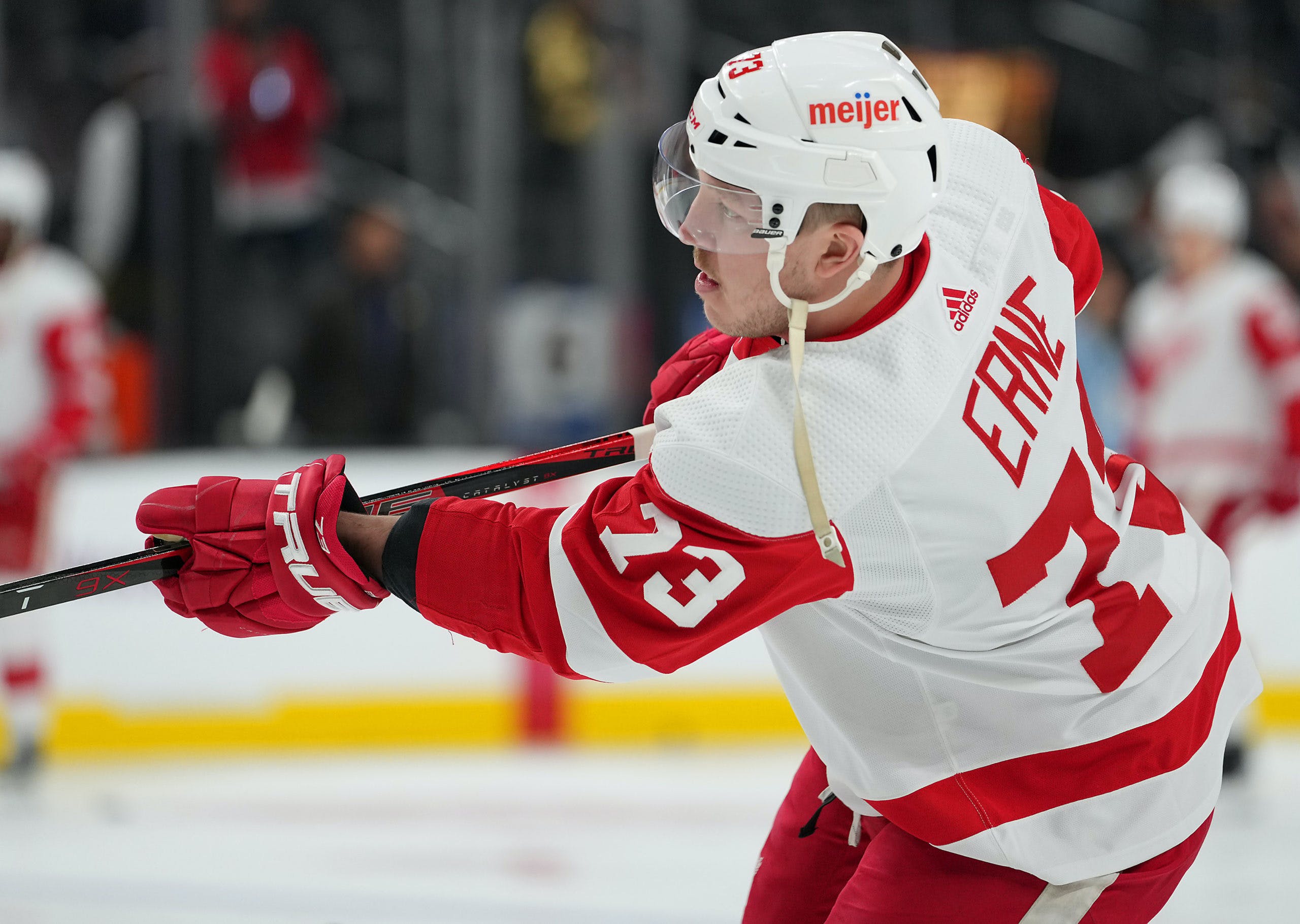 By Mike Gould
11 months ago
The bad COVID-19 news keeps piling up for the Detroit Red Wings.
The Red Wings added forward @Adam Erne, defenseman @Jordan Oesterle, and a member of the club’s support staff to the National Hockey League’s COVID-19 protocol, the team announced Tuesday.
With Erne and Oesterle now sidelined, here is the full list of Red Wings players in protocol (date placed in protocol in parentheses):
Red Wings coaches Jeff Blashill and Alex Tanguay were placed in protocol on December 18; assistant video coach Jeff Weintraub was added on December 19.
Everyone in protocol will be eligible to return, at the earliest, 10 days after the date they entered. On Sunday, the NHL announced it had paused the Red Wings’ schedule through the Christmas break.
Erne, 26, has three goals and nine points in 30 games with the Red Wings this season. Oesterle, 29, has two assists in 19 games with Detroit.
Uncategorized
Recent articles from Mike Gould