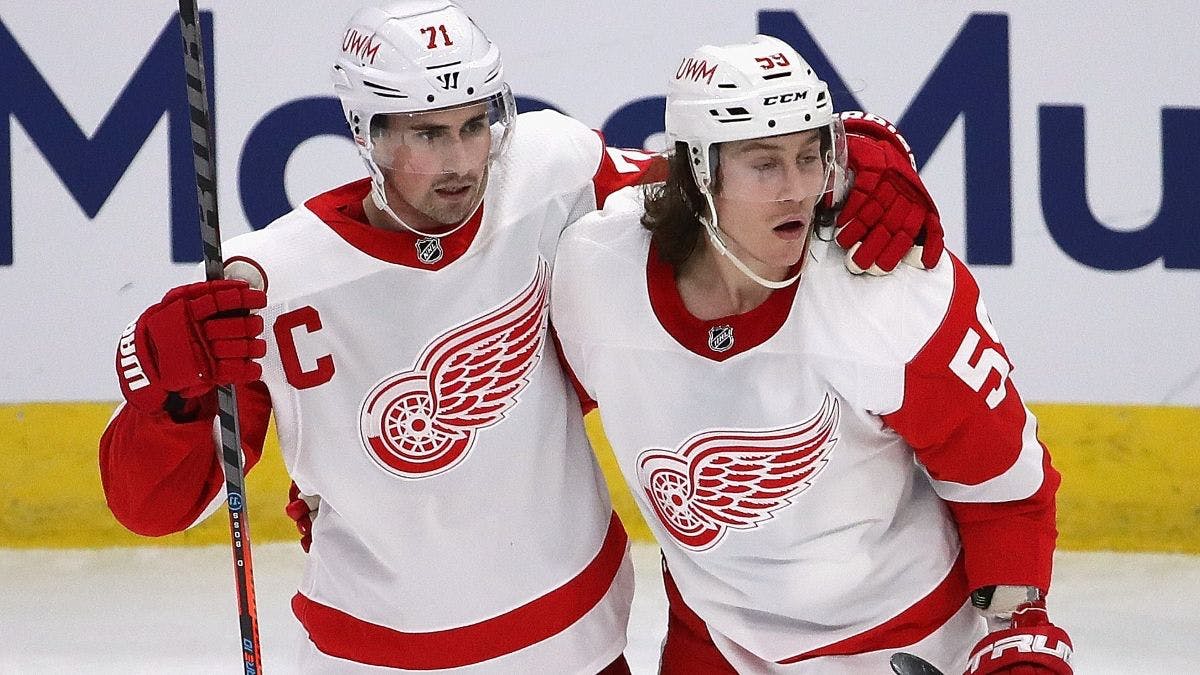 By Thomas Hall
1 year ago
Following a disappointing 5-2 defeat against the Carolina Hurricanes on Thursday, the Detroit Red Wings provided their roster with consecutive off days in hopes of getting everyone fully rested, however, it’s still unclear if this extra time off will help two of their top skaters return to action on Tuesday.
After receiving back-to-back days off, the Red Wings returned to the ice at Little Caesars Arena on Sunday and held a full team practice, which included captain @Dylan Larkin, who’s been sidelined since Feb. 25.
But once practice concluded, coach Jeff Blashill revealed to the media that Larkin, 24, will need to prove he’s fully recovered from his upper-body injury over the next two days before he can be cleared to play against the Tampa Bay Lightning on Tuesday.
Similar to Larkin, teammate @Tyler Bertuzzi, 26, has also been dealing with an upper-body injury and hasn’t played since Jan. 30. While the Red Wings were hopeful this wouldn’t be a serious issue, Blashill admitted the young winger has been making some progress recently but there’s still no timetable for his return.
If Detroit’s captain returns against Tampa Bay, he’s expected to rejoin the club’s top line and would skate alongside forwards @Anthony Mantha and @Robby Fabbri.
Through 22 games this season, Larkin has averaged 20:29 minutes of ice time per game, producing four goals, 11 points, 72 shots on net, 55 scoring chances, 23 high-danger scoring chances, 20 hits, 11 takeaways, seven blocks, a 6.35 xG and a 52.2% faceoff percentage.
As for Bertuzzi, the former second-round selection has averaged 19:37 minutes of ice time per game, generating five goals, seven points, 26 scoring chances, 20 shots on net, 13 hits, 11 high-danger scoring chances, six takeaways, three blocks and a 2.86 xG over just nine games.
The Red Wings are scheduled to take on the Lightning on Tuesday at 7:30 pm ET.
News
Recent articles from Thomas Hall