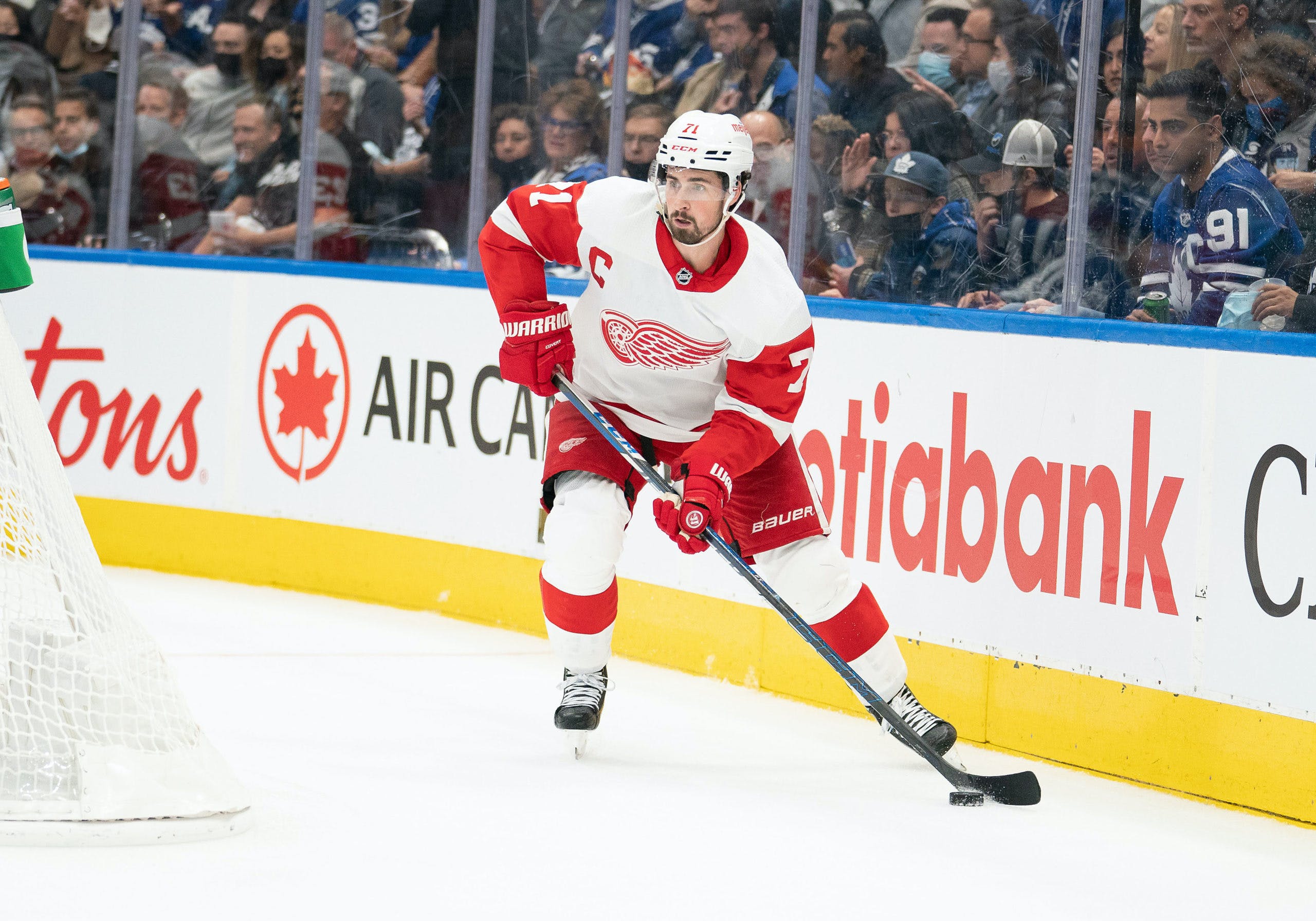 By Thomas Hall
1 year ago
Coming off a tough 3-0 loss at the hands of the Montreal Canadiens, things aren’t expected to lighten up for the Detroit Red Wings as they’re scheduled to take on the Boston Bruins on Thursday, and will be forced to do so without their captain @Dylan Larkin.
After missing Tuesday’s affair in Montreal due to personal reasons, Larkin, 25, was absent from practice the following day and also didn’t participate in Detroit’s morning skate Thursday. Afterwards, coach Jeff Blashill confirmed the 6’1″ forward remains away from the team and won’t suit up against Boston.
As things currently stand, the Red Wings haven’t provided any sort of timetable for Larkin’s eventual return and there’s no guessing as to when it’ll become available either. In the meantime, the next potential update regarding the captain’s status likely won’t come until after Friday’s practice concludes.
With Larkin unavailable for a second consecutive contest, @Robby Fabbri is expected to jump up to the club’s top forward line, joining teammates @Tyler Bertuzzi and @Lucas Raymond.
For Bertuzzi, 26, he’ll be making his return to the lineup on Thursday after being ineligible to play in Montreal due to his unvaccinated status. Unless that changes in the near future, the left-hander will continue to stay at home in Detroit when his team is scheduled to cross the border into Canada.
Looking to improve off their shutout defeat, accomplishing that task could prove to be challenging for the Red Wings without Larkin on the ice, as he’s generated three total goals, one power-play goal, eight total points, two power-play points and 29 shots on goal through eight games this season.
Additionally, he’s also posted seven takeaways, five blocks, four hits and a career-best 55.2% faceoff percentage over his 17:43 minutes of ice-time per game.
Preparing to play without one of their top skaters, the Red Wings will attempt to overcome that difficult obstacle when they take on the Bruins at 7:00 pm ET.
Uncategorized
Recent articles from Thomas Hall