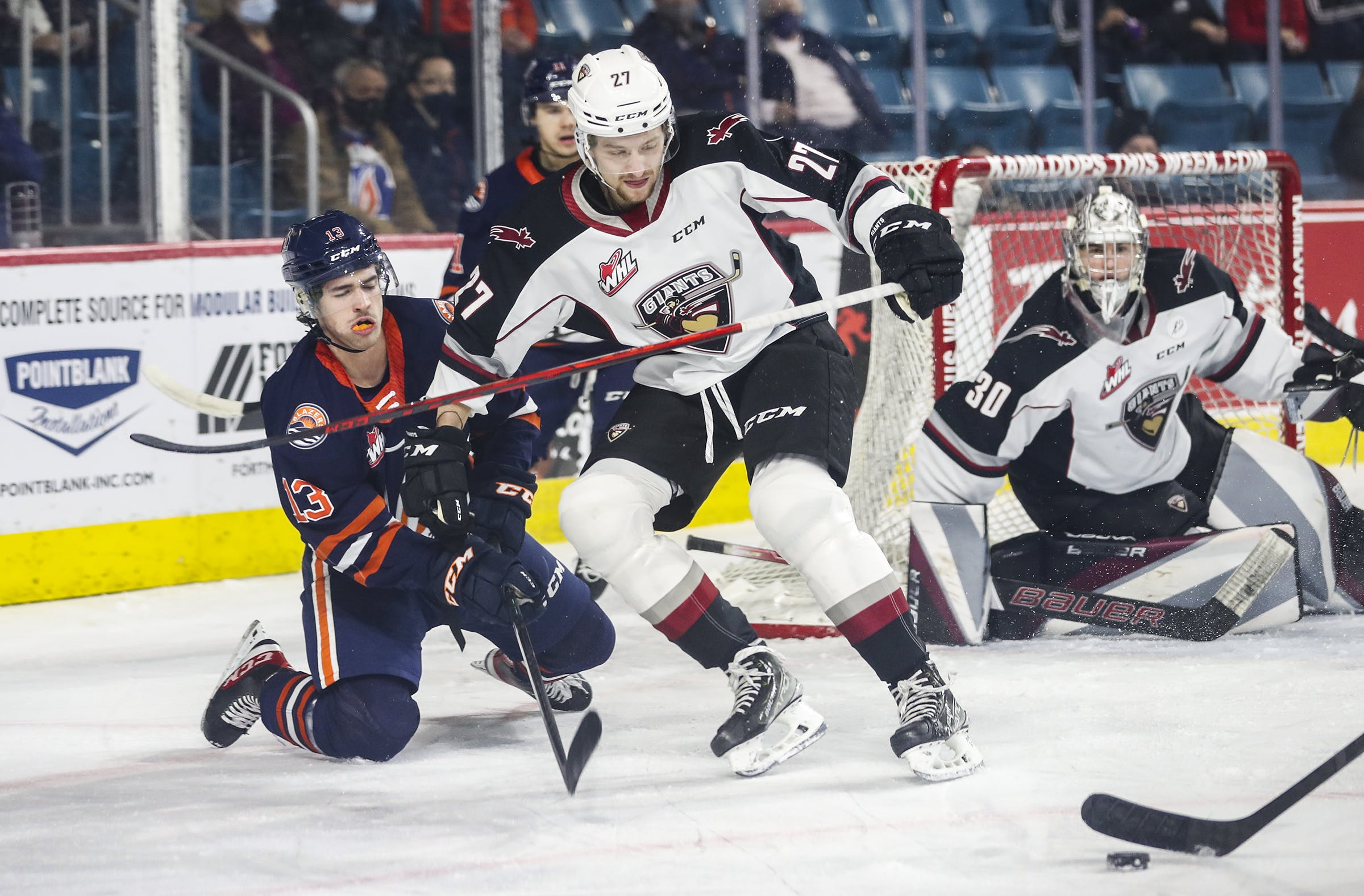 By Thomas Hall
1 year ago
Over the last several seasons, the Detroit Red Wings have been stockpiling talented young prospects and it appears one of their selections from the 2020 NHL Draft is enjoying a pretty impressive start to his final year of junior hockey.
Prospect Alex Cotton, who was taken by the Red Wings in the fifth round back in 2020, is set to age out of the Western Hockey League following the 2021-22 campaign – making this his final season of eligibility. After spending his first four junior seasons with the Lethbridge Hurricanes, the 6’2″ defenseman was traded to the Vancouver Giants earlier this month in exchange for a package of four draft picks and the rights to Hunter McInnes.
Cotton, 20, a native of Langley, British Columbia, was extremely excited about receiving a chance to finish his playing days in the WHL close to home and hasn’t wasted any time making an immediate impact with his new club.
Despite being held off the score sheet in his debut, the right-hander wasn’t kept in check during his second game with the Giants, registering one goal and two points against the Prince George Cougars – including this blast from just outside the slot that provided his team with an early 2-0 lead.
Through one week’s worth of games, Cotton has been on a scoring tear thus far with Vancouver, generating two total goals, one power-play goal, three total points and 15 shots on goal over just four games.
In total, paired with his four goals and six points from earlier in the season with the Hurricanes, he currently owns six goals and nine points in 2021-22.
With four and a half months remaining in the regular season, at this rate, the talented blueliner is well on his way to enjoying an impressive performance before his time in the WHL comes to an end. If his promising results continue, perhaps he’ll be able to match his production from the 2019-20 season, where recorded career-highs in goals (20) and points (67).
As for his future beyond this season, Cotton remains without an entry-level contract from the Red Wings but based on the way he’s performed up to this point, that could very well change in the near future.
For Detroit, they’re scheduled to resume their current four-game road trip Thursday against the Vegas Golden Knights, with puck drop set for 10:00 pm ET.
Uncategorized
Recent articles from Thomas Hall