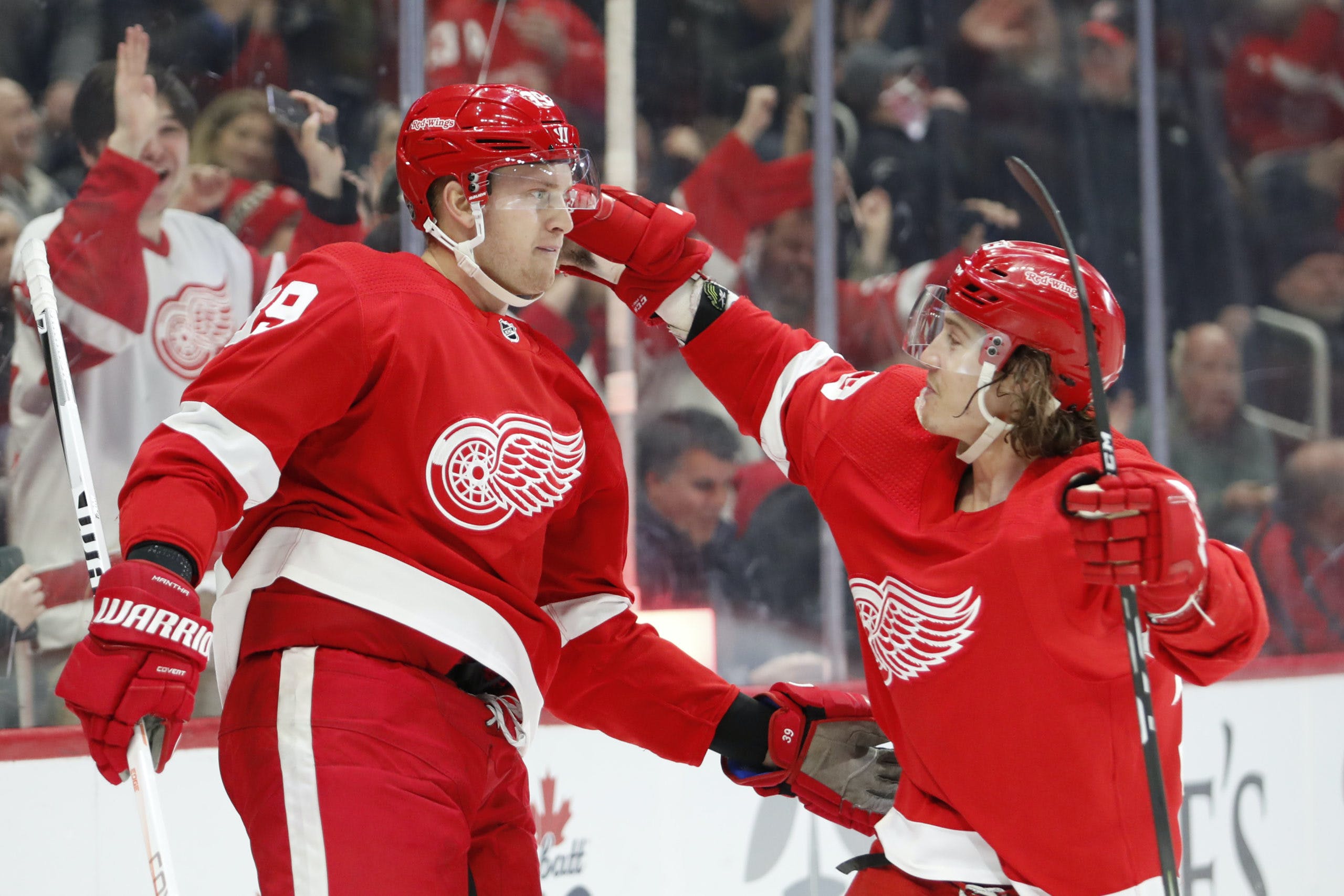 By Nation World HQ
1 year ago
by OddsShark (@OddsShark) – Sponsored Post
The Detroit Red Wings are 11-3-0 in their last 14 games against the Nashville Predators. The Red Wings hope to keep their surprising success against the Predators going with a victory on Tuesday night in the first game of a two-game set against Nashville.
Detroit is a +140 underdog on the NHL odds at home for Tuesday at sportsbooks monitored by OddsShark.com. Nashville (-160) has been the betting favorite six times this season and is 5-1 in those six games.
Predators vs Red Wings | OddsShark Matchup Report
Jonathan Bernier turned aside 38 of the 39 shots he faced on Saturday night as the Red Wings earned a 2-1 upset win over the Florida Panthers. Detroit has earned points in five of its 10 home games this season with a 3-5-2 record and is 3-4-1 over its last eight games since going 0-6-2 over its previous eight games. Bernier has provided a nice spark since returning from injury with a 4-2-0 record this season to go along with a respectable 2.74 goals-against average and a .910 save percentage.
The Red Wings are 6-3 in their last nine home games against the Predators per the OddsShark NHL Database.
Since opening the season with a 2-0-0 record after picking up back-to-back wins over the Columbus Blue Jackets, Nashville is just 5-10 over its last 15 games. The Predators have a -22 goal differential over that 15-game stretch and on the season rank 29th in goals for (with 2.29 per game) and 27th in goals against (with 3.35 per game). The Predators picked up a 4-2 win over the Blue Jackets on Saturday; they are 3-1 against Columbus and 4-9 against all other teams this season.
Tuesday night’s total is set at 5.5 goals at online betting sites. The OVER is 5-1 in Nashville’s last six road games against the Red Wings.
With Detroit and Nashville both sitting in the bottom five league-wide in goals scored and goals against, this series isn’t exactly a battle of titans; but it is one in which the Red Wings have a shot at earning points. The Red Wings continue their week after Tuesday night’s game with another game against Nashville on Thursday and then back-to-back road games against the Blackhawks in Chicago on Saturday and Sunday.
Check out OddsShark on Twitter and Instagram or head to YouTube for analysis on this week’s top games. As well, the OddsShark Computer serves up daily NHL picks for bettors.
Content
Odds News
Recent articles from Nation World HQ