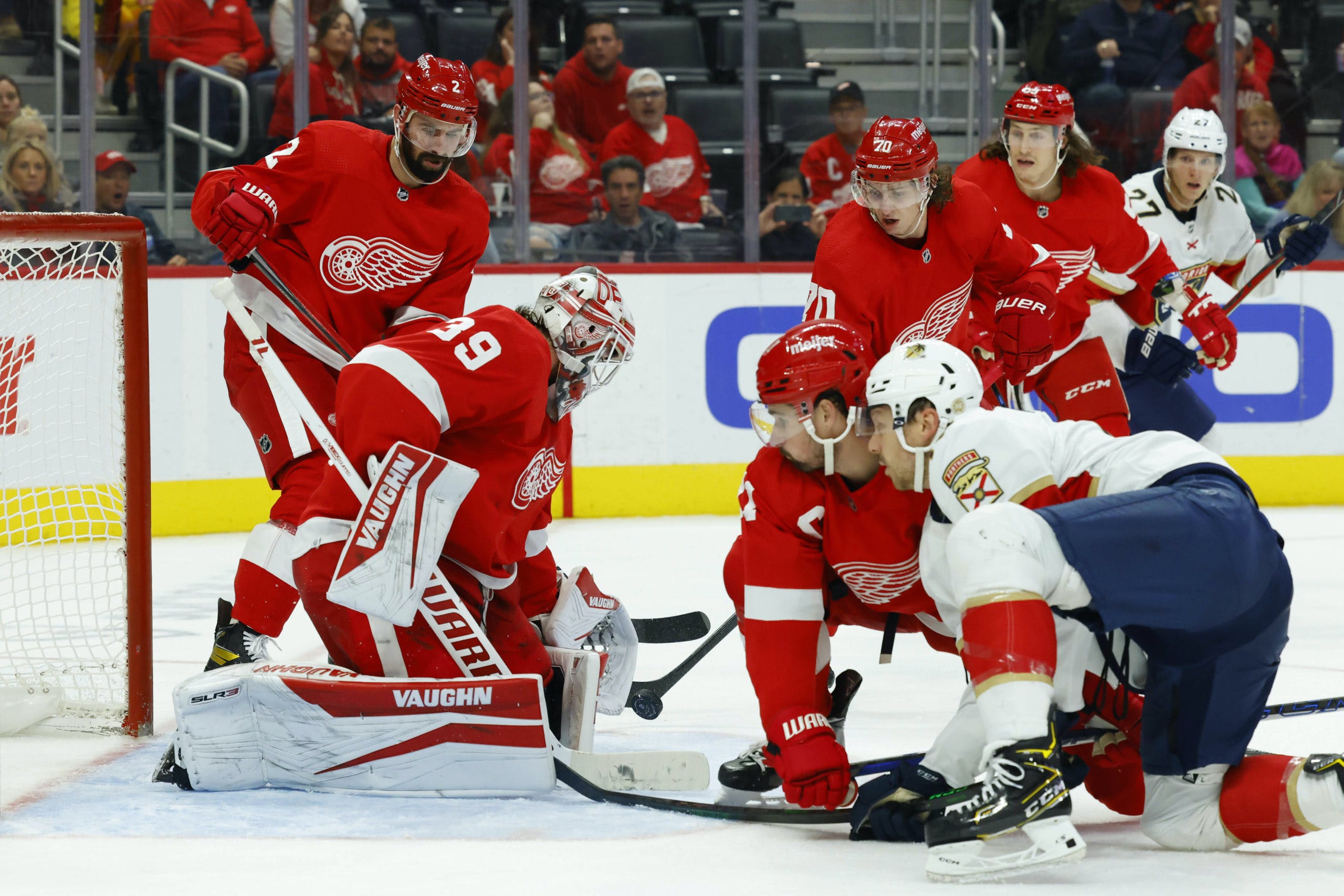 By Mike Gould
1 year ago
One of the most unbelievable sequences of the 2021–22 National Hockey League season so far occurred late in the third period of Friday’s game between the Detroit Red Wings and the Florida Panthers.
Leading the Red Wings by a 2-1 score with less than seven minutes remaining in regulation time, Florida had control of the puck in the offensive zone and attempted to throw absolutely everything towards Detroit goaltender @Alex Nedeljkovic.
Here’s a quick rundown of everything notable that happened in Detroit’s end between the 13:46 and 14:13 marks of the third period:
Whew. Words don’t do the sequence justice. Watch it for yourself here:
The Red Wings managed to tie the game just over two minutes later when @Pius Suter redirected a long shot by Moritz Seider past Panthers goaltender @Sergei Bobrovsky.
Suter had only recorded one point (an assist) in his first seven games as a Red Wing. Fabbri picked up the secondary assist on Suter’s first goal of the season, which came just moments before an octopus hit the ice at Little Caesars Arena:
Detroit ultimately fell in overtime when @Aleksander Barkov scored his second goal of the game. Luostarinen scored Florida’s other goal in the contest; @Sam Gagner also scored for Detroit.
The Red Wings now possess a 4-2-2 record in 2021–22. They’ll return to action Saturday to take on the Toronto Maple Leafs on Bally Sports Detroit and Hockey Night in Canada at 7:00 p.m. ET.
Uncategorized
Recent articles from Mike Gould