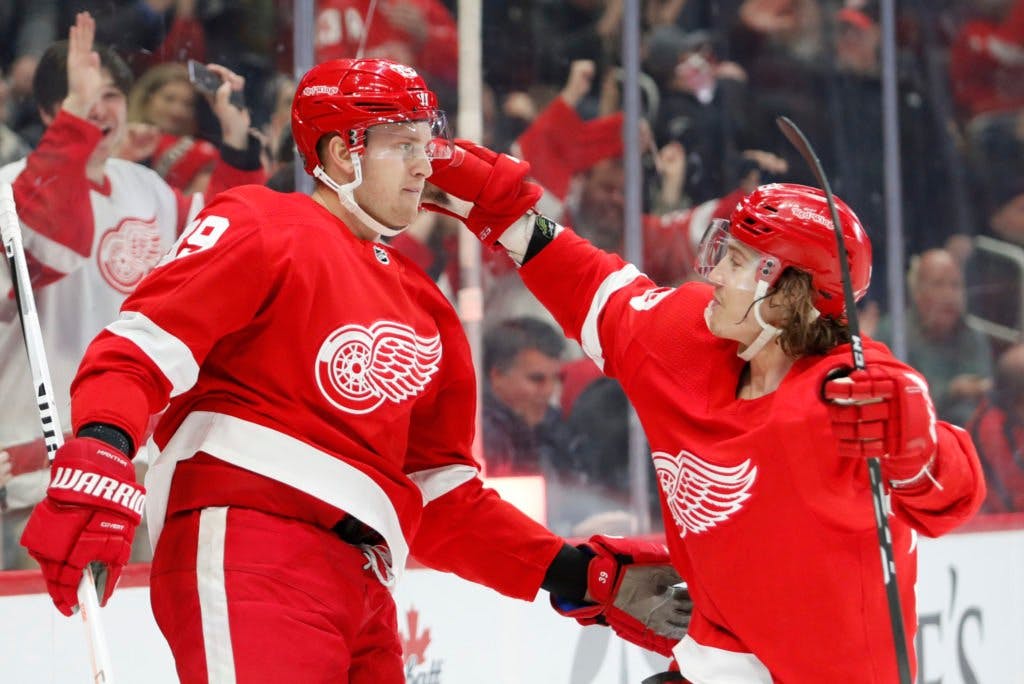 By Nation World HQ
1 year ago
by OddsShark (@OddsShark) – Sponsored Post
The Detroit Red Wings are 1-18 on the moneyline in their last 19 games against the Tampa Bay Lightning. The Red Wings host the defending champion Lightning for a two-game set starting on Tuesday night.
Detroit is a +275 home underdog on the NHL odds at sportsbooks monitored by OddsShark.com. Tampa Bay (-350) is 8-3-2 on the road this season.
Lightning vs Red Wings | OddsShark Matchup Report
The Red Wings put together an impressive 3-1 run last month with wins over the Florida Panthers, Nashville Predators and Chicago Blackhawks. But over their last three games, the Red Wings are 0-3 and have been outscored 16-5. Jonathan Bernier is off to a rocky start in March with an 0-2 record, a 4.82 goals-against average and an .862 save percentage. Bernier was excellent in seven February starts as he recorded a 4-2 record with a 2.13 goals-against average and a .937 save percentage.
In 12 games at home this season, the Red Wings are 4-6-2. Detroit has been far better at home than it has been on the road with a 3-10-1 record.
Yanni Gourde recorded two goals and two assists in Tampa Bay’s 6-3 road win over the Chicago Blackhawks on Sunday night. With the win, the Lightning improved to 17-4-2 on the season and to 7-0-1 over their last eight games. Tampa Bay ranks best in the NHL in goals for per game with 3.61 and in goals against per game allowing only 2.04. The Lightning are the league’s most dominant team in both zones and are obviously well built to defend their Stanley Cup championship this season.
Tuesday night’s total is set at 5.5 goals at online betting sites. The UNDER is 8-2 in Detroit’s last 10 games at home.
While there have been a few bright spots here and there for the Red Wings this season compared to last year’s campaign, Detroit still sits near the bottom of the league with a 7-16-3 record. The Red Wings lost their first two games against the Lightning this season by scores of 5-1 and 3-1 in Tampa Bay. Better results on Tuesday or Thursday against Tampa Bay will be hard to come by.
Check out OddsShark on Twitter and Instagram or head to YouTube for analysis on this week’s top games. As well, the OddsShark Computer serves up daily NHL picks for bettors.
Odds News
Recent articles from Nation World HQ