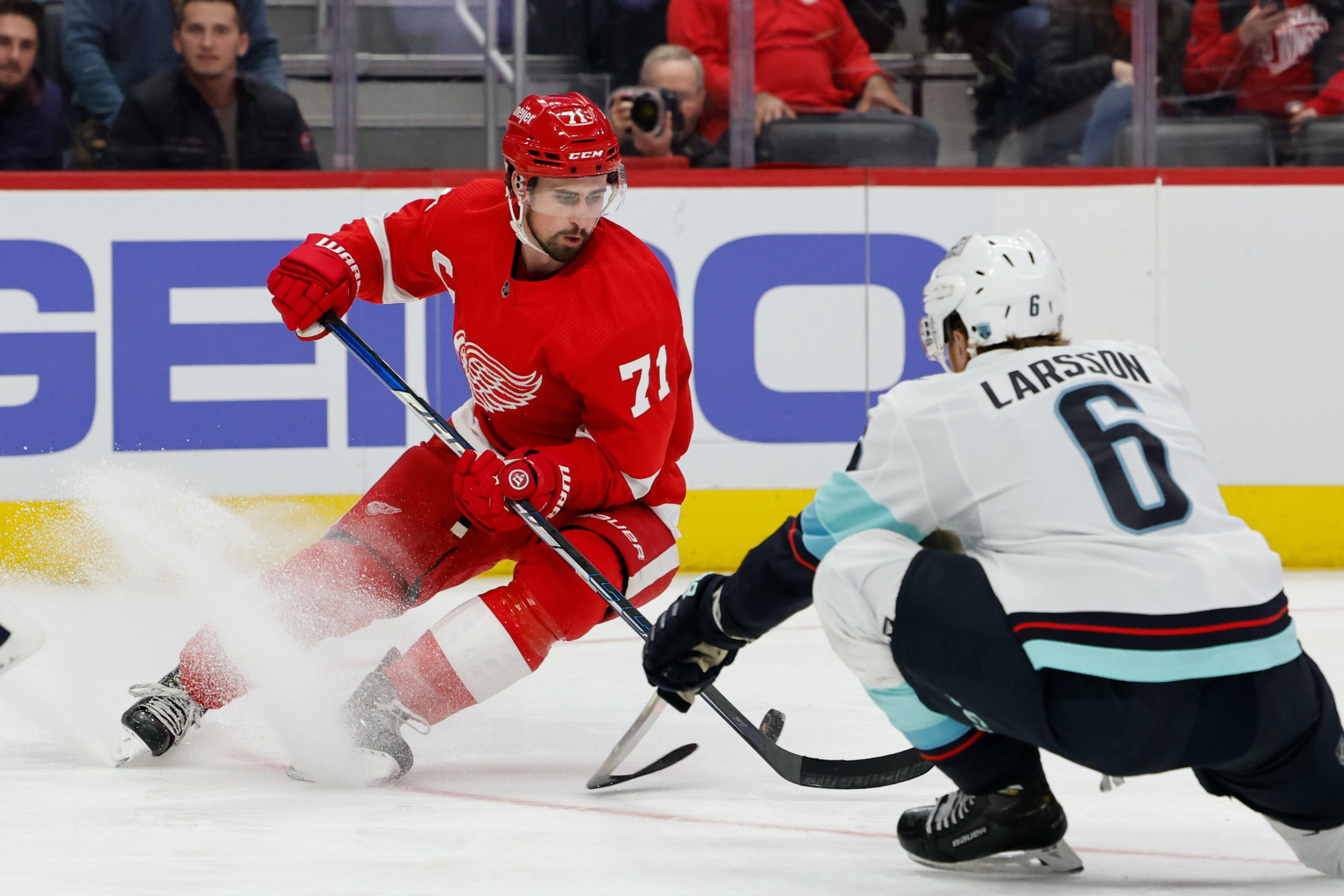 By Mike Gould
1 year ago
Detroit Red Wings captain @Dylan Larkin picked up two assists in regulation time and scored in the shootout to propel his team to a 4–3 win over the Seattle Kraken on Wednesday.
@Robby Fabbri, @Vladislav Namestnikov, and @Lucas Raymond scored in regulation before @Adam Erne netted the shootout winner to clinch a fourth consecutive win for the Red Wings, which improved to 12–9–3.
Red Wings goaltender @Thomas Greiss stopped 21 of 24 shots in Wednesday’s game, conceding one goal to @Vince Dunn and two to @Ryan Donato before denying three of the four attempts he faced in the shootout.
At the other end of the ice, @Philipp Grubauer allowed three goals on 26 shots for the Kraken. Grubauer’s struggles to start his Seattle career have continued — he’s now 6–9–2 with an .890 save percentage in his first 18 appearances with his new team.
Raymond’s team-leading 10th goal and 22nd point of the season gave the Red Wings a 3–2 lead with 13:30 remaining in the third period. Larkin and @Moritz Seider registered the helpers on the goal.
Donato responded with less than six minutes remaining in regulation time to knot the score again.
@Robby Fabbri, Larkin, Raymond, and Erne were Red Wings head coach Jeff Blashill’s picks to participate in the shootout. Larkin improved to 7-for-20 in his career — and 1-for-1 this season — with his goal; Erne is also perfect in the skills competition this season and has scored twice in five career attempts.
The Red Wings will take Thursday and Friday off before returning to action on Dec. 5 to play host to the New York Islanders at 7:00 p.m. ET.
Uncategorized
Recent articles from Mike Gould