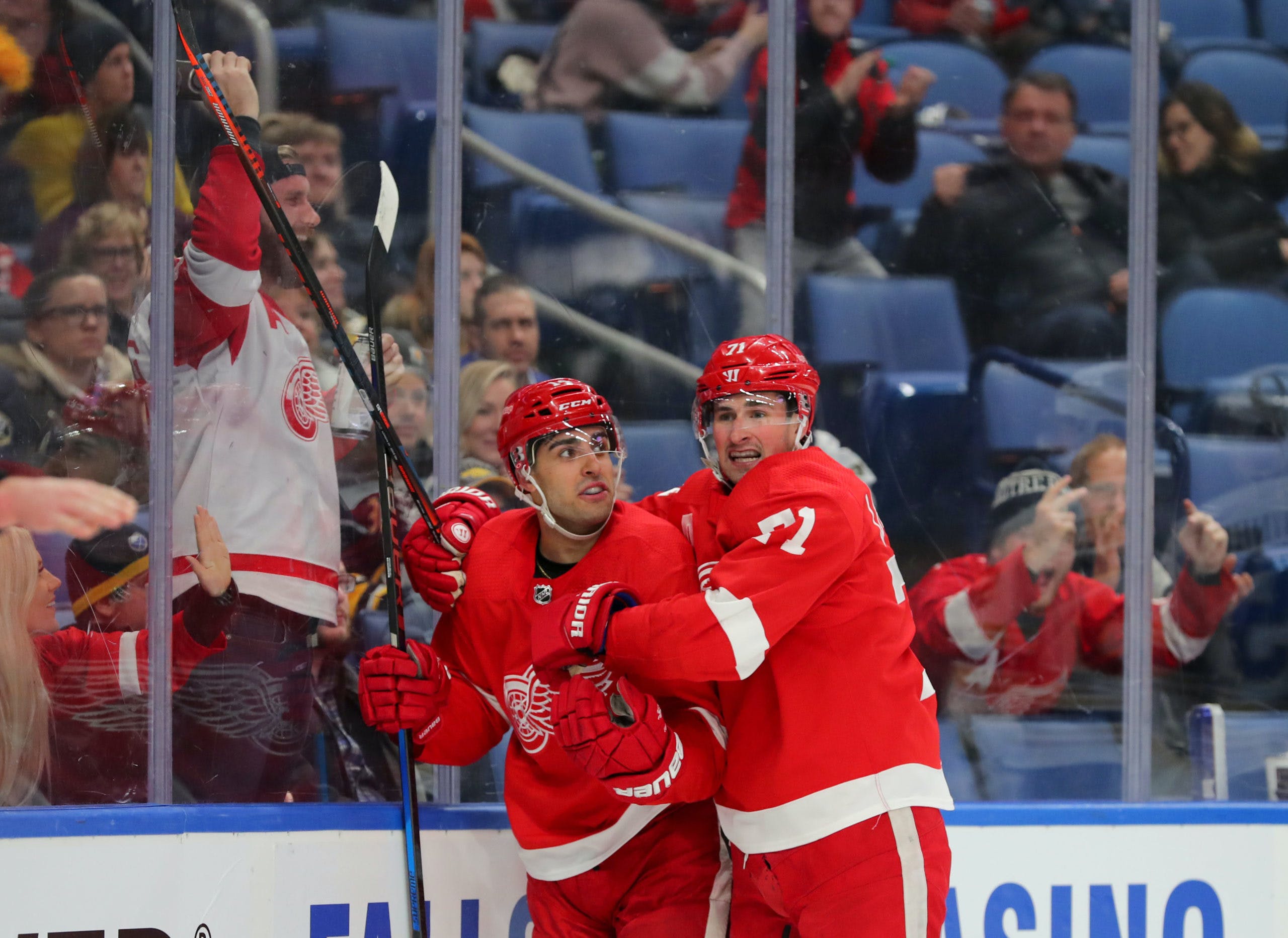 By Nation World HQ
1 year ago
by OddsShark (@OddsShark) – Sponsored Post
The Detroit Red Wings finished the 2019/20 season with the worst record in the league by a clear margin at 17-49-5. The Red Wings will look for better results in what will still be a rebuilding year starting on Thursday night when they host the Carolina Hurricanes in the first game of a two-game set against them.
Detroit is a +175 home underdog on the NHL odds for Thursday night at sportsbooks monitored by OddsShark.com. Carolina (-210) went 3-0 both straight up and on the -1.5 puckline against the Red Wings last season.

The Red Wings were in clear need of the No. 1 overall pick in the 2020 NHL Draft, but bad luck in the lottery bumped them down to No. 4, where they drafted Lucas Raymond. Raymond is an elite offensive prospect who will be a part of Detroit’s long-term plans but is not expected to play for the team this season. Detroit brought in some new talent to help things along in the meantime including Vladislav Namestnikov and Bobby Ryan on offense, Marc Staal and Troy Stecher on defense, and Thomas Greiss in goal.
Last season, Detroit was far better at home with a 12-23-2 record than it was on the road with a 5-26-3 record.
Carolina swept the New York Rangers out of the postseason last year before losing in five games to the Boston Bruins. The Hurricanes have made the postseason twice in a row after failing to do so in each of their previous nine seasons and look built to make another solid run this year after a 38-25-5 campaign in 2019-20. Sebastian Aho torched the Red Wings for five goals and three assists in Carolina’s three games against Detroit last season.
Thursday night’s total is set at six goals at online betting sites. The UNDER is 6-3 in the last nine games between the Hurricanes and the Red Wings.
Even with a schedule shortened to just 56 games in 2021, Red Wings fans are likely in for another long year. The key to the season will be to focus on the development of the team’s young players and to identify the veteran players that may be a part of the long-term solution.
Check out OddsShark on Twitter and Instagram or head to YouTube for analysis on this week’s top games. As well, the OddsShark Computer serves up daily NHL picks for bettors.
Content
Odds News
Recent articles from Nation World HQ