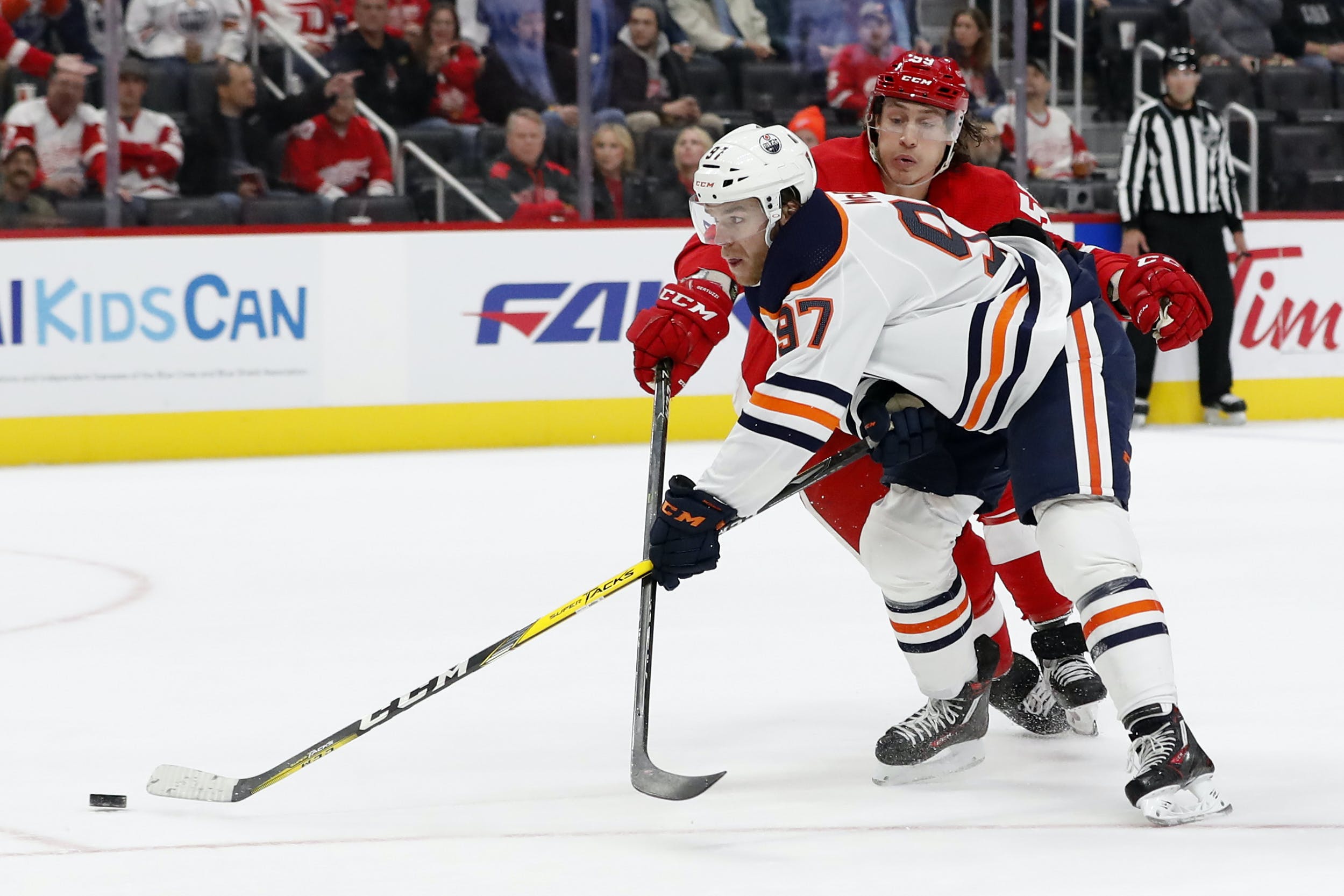 By Mike Gould
1 year ago
The Detroit Red Wings are off to a surprising start to the 2021–22 campaign. Now, it’s time for them to take a test.
Standardized tests may not exist in the National Hockey League, but the Edmonton Oilers have certainly set an impressive standard early in the season. Led by superstars @Connor McDavid and @Leon Draisaitl, the Oilers currently rank second in the entire NHL with a 9-1-0 record.
Detroit has an impressive duo of its own in @Lucas Raymond and @Moritz Seider, who respectively rank first and second in the NHL’s rookie scoring race. There’s also @Tyler Bertuzzi, who places third (behind @Alex Ovechkin and Draisaitl) on the NHL’s goal-scoring leaderboard with nine in 10 games.
Even with its surprising newcomers and surging stars, Detroit merely ranks fourth in the Atlantic Division with a 6-5-2 record. Of course, they managed to take the 10-1-1 Florida Panthers to overtime on Oct. 29. Perhaps they can do something similar — or better — against the Oilers.

Detroit: It looks like @Pius Suter might finally be settling in as a top-six forward for the Red Wings. He’s coming off back-to-back multi-point games and logged a season-high 21:28 against Vegas on Sunday — and that was with @Dylan Larkin back in the lineup. Perhaps Suter getting hot could be the key to unlocking @Filip Zadina’s consistency?
Edmonton: How can the “player to watch” on this Oilers team not be @Connor McDavid or @Leon Draisaitl? Well, look no further than @Ryan Nugent-Hopkins, a first-overall pick in his own right, who currently leads the Oilers with 14 assists but is still searching for his first goal of the season. Even if the Wings can shut down McDavid and Draisaitl, they’ll have to work overtime to also stop RNH.

Friday’s Red Wings game will be broadcast on Bally Sports Detroit starting at 7:30 p.m. ET. It’ll be sent over the airwaves on WXVT-FM 97.1 “The Ticket” in the Detroit area, as well as on the Red Wings’ official website.
Uncategorized
Recent articles from Mike Gould