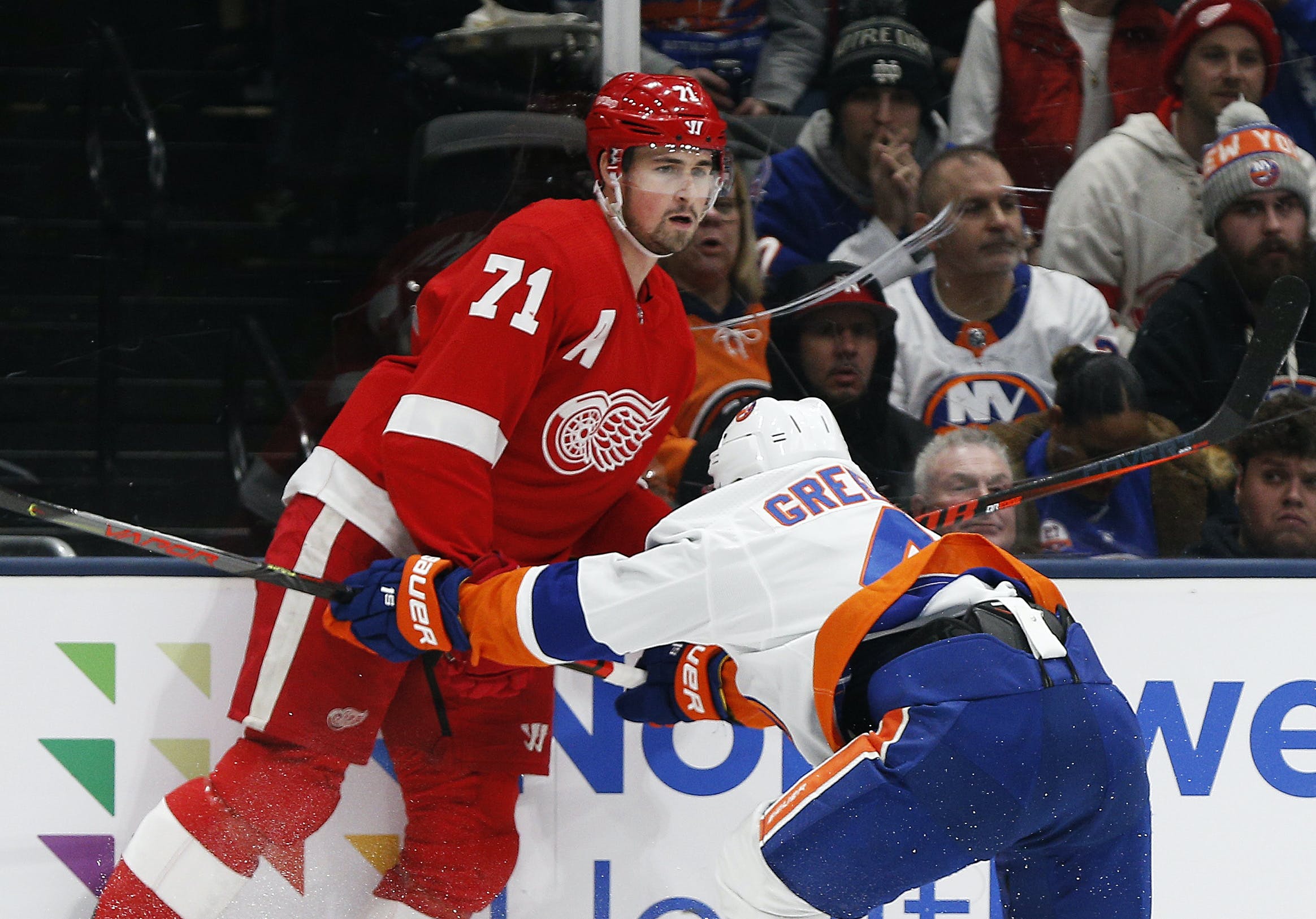 By Mike Gould
1 year ago
The Detroit Red Wings have won four consecutive games. The New York Islanders have lost their last nine.
Detroit will look to keep the Isles’ streak of futility going on Saturday when they play host to the Long Islanders at Little Caesars Arena. Puck-drop between the Red Wings and Islanders will go at 7:00 p.m. ET.
The Wings are coming off a 4–3 shootout victory against the brand-new Seattle Kraken on Dec. 1. @Dylan Larkin led the way with a pair of assists and a shootout goal in Detroit’s first-ever tilt with Seattle; @Thomas Greiss made 21 saves in the win.
The Islanders haven’t won a game since Nov. 6, when they defeated the Winnipeg Jets by a 2–1 score. They played a big chunk of November without a decent amount of their regulars, many of whom spent significant time in the NHL’s COVID-19 protocols.
Saturday’s game will only be New York’s second since returning from a week-long stretch of postponed games. Only four of the Islanders’ 18 games this season have come at their brand-new home, the UBS Arena at Belmont Park, NY, which opened with a game against the Calgary Flames on Nov. 20.

Detroit practiced with these lines on Friday:
@Robby Fabbri – @Dylan Larkin – @Lucas Raymond
@Joe Veleno – @Pius Suter – @Filip Zadina
@Vladislav Namestnikov – @Michael Rasmussen – @Adam Erne
@Givani Smith – @Carter Rowney – @Sam Gagner
Danny DeKeyser – @Moritz Seider
@Nick Leddy – @Filip Hronek
@Marc Staal – @Gustav Lindstrom
Saturday’s game could mark DeKeyser’s return from COVID protocols, which have kept him out of Detroit’s last four games (all of which have been wins). Veleno also returned to practice on Friday after missing the last three games with an upper-body injury. @Tyler Bertuzzi, who is unvaccinated, remains in COVID protocol for the Red Wings.
@Alex Nedeljkovic (7–3–3, .923 SV%) appears to have fully taken over the reins as Detroit’s starting goaltender. Expect him to get the nod with the Islanders in town.

Detroit: Goaltender @Alex Nedeljkovic is on a remarkable heater for the Red Wings. The 25-year-old has helped his team record at least a point in seven of his last eight starts, with six of those being wins. He’s posted a save percentage at or above .929 six times over that span. Not bad for a guy who started his Red Wings tenure by allowing seven goals in a game.
New York: Basically everyone on the Islanders is due for a breakout performance. The ever-consistent @Josh Bailey, who scored a very respectable 35 points in 56 games last season, is stuck at just one goal in his first 13 contests this year. More concerning: Bailey has taken just eight shots this season, meaning his shooting percentage is actually higher than his career average. Yeesh.

Saturday’s Red Wings game will be broadcast on Bally Sports Detroit starting at 7:00 p.m. ET. It’ll be sent over the airwaves on WXVT-FM 97.1 “The Ticket” in the Detroit area, as well as on the Red Wings’ official website.