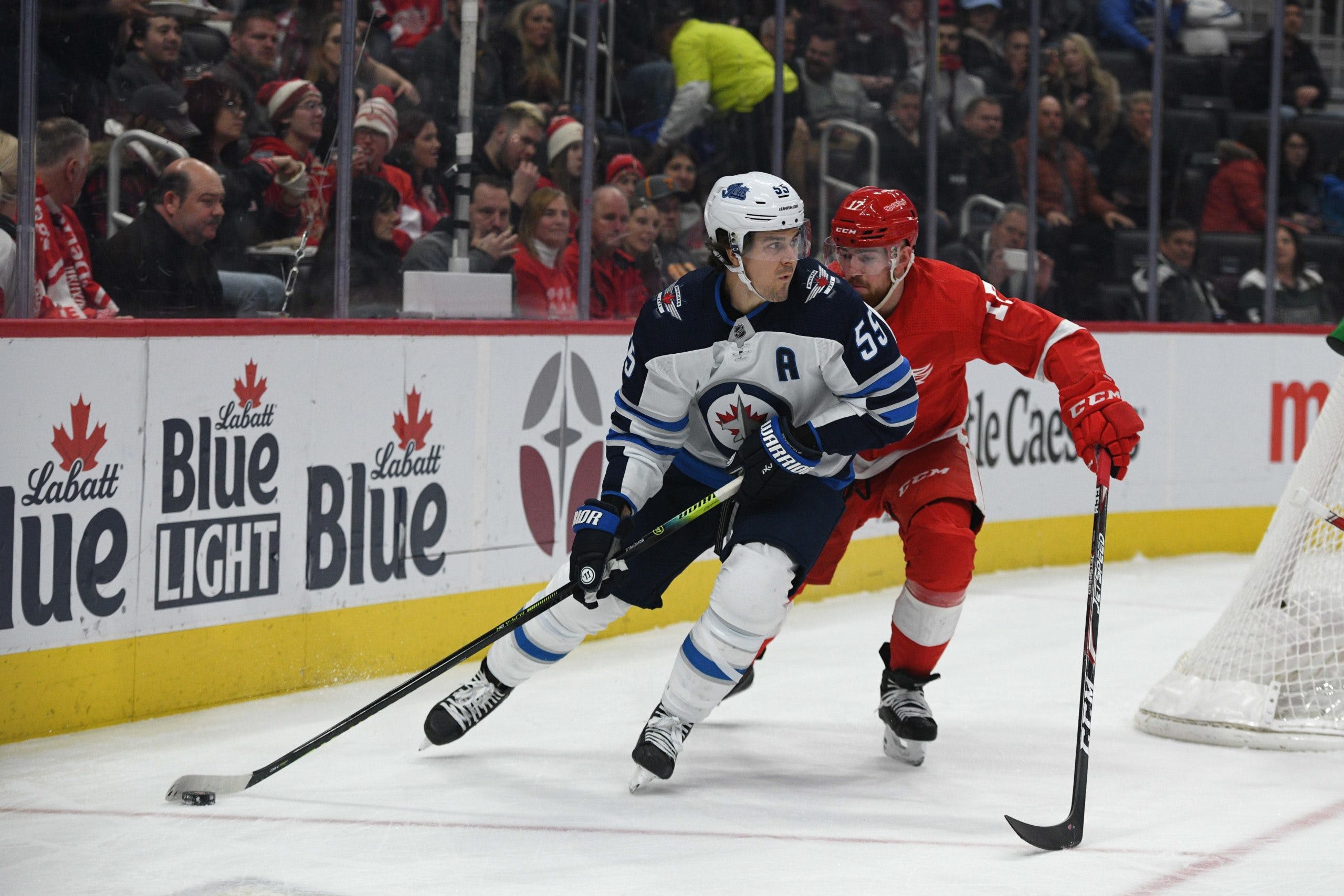 By Mike Gould
10 months ago
@Dylan Larkin will be a game-time decision tonight as the Detroit Red Wings play host to the Winnipeg Jets.
The 25-year-old Red Wings captain suffered an upper-body injury against the Anaheim Ducks on Jan. 9, causing him to miss Tuesday’s 3–2 overtime loss to the San Jose Sharks.
Larkin participated in the Red Wings’ morning skate on Thursday. He has 16 goals and a team-leading 32 points in 32 games with the Red Wings this season.
The Red Wings will need all the help they can get as they try to rebound after a winless three-game road trip in California. Detroit still managed to pick up a pair of points in overtime losses but fell to 16–16–5 on the season after the road swing.
The Jets’ playoff hopes are a little stronger, with the path toward a wild card spot more navigable than in the Eastern Conference. Winnipeg’s 16–12–5 record and .561 points percentage currently rank 10th in the West, slightly ahead of the Edmonton Oilers.
Jets defensemen @Declan Chisholm and @Dylan Samberg are both expected to make their NHL debuts in tonight’s game.

Detroit: Where does @Filip Zadina‘s future lie? The 22-year-old winger is in the midst of yet another underwhelming season, with zero points in his last seven games and no goals since Nov. 30. Zadina will become a restricted free agent this summer; it remains to be seen whether he’ll sign his next contract with the Red Wings or another NHL club.
Winnipeg: Talk about a plum assignment for @Cole Perfetti, who has started his NHL career alongside Kyle Connor and Pierre-Luc Dubois on the Jets’ top line. The 2020 first-round pick will play his fourth NHL contest tonight and is still searching for the first point of his career.

Thursday’s game in Detroit will be broadcast on Bally Sports Detroit starting at 7:30 p.m. ET. It’ll be sent over the airwaves on WXYT-FM 97.1 “The Ticket” in the Detroit area, as well as on the Red Wings’ official website.