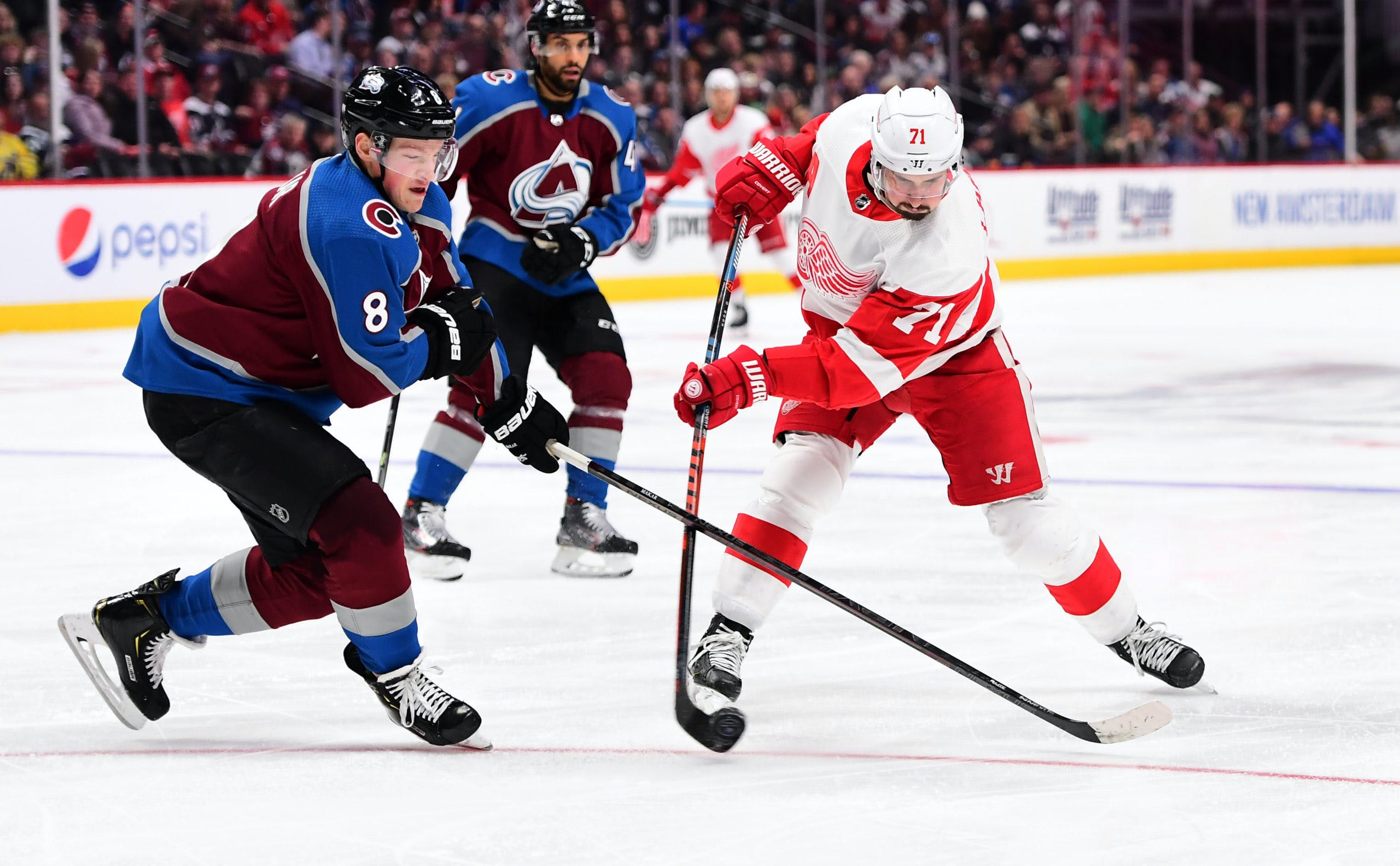 By Mike Gould
11 months ago
Fresh off a 6–2 beatdown at the hands of the St. Louis Blues on Friday, the Detroit Red Wings will look to avoid returning home empty-handed when they finish off their two-game road swing on Friday with a game against the Colorado Avalanche.
Detroit, losers of back-to-back games, will face a Colorado team without its leading scorer (@Nazem Kadri) and a top-four defenceman (@Bowen Byram). To even things out on that front: @Tyler Bertuzzi remains in COVID-19 protocol for the Red Wings.
Friday’s goaltending battle will be fascinating. @Darcy Kuemper has struggled since joining the Avalanche from Arizona in the offseason, posting an underwhelming .902 save percentage to go along with a 10–5–0 record.
@Alex Nedeljkovic has been as advertised for the Red Wings but stumbled a little on Thursday, allowing three goals on 18 shots in St. Louis before being relieved by @Thomas Greiss for the third period.
You’ll be able to catch this game on Bally Sports Detroit Plus at 9:00 p.m. ET.

Detroit: Pending unrestricted free agent @Robby Fabbri has been on a nice little hot streak as of late, with four goals in his last four games. The 25-year-old winger contributed all of the Red Wings’ offense in their 6–2 loss to the St. Louis Blues, his former team, on Thursday. Fabbri is in the final year of a contract that pays him $2.95 million per season.
Colorado: It’s been a bit of a rough go for @Nathan MacKinnon this season. He’s missed 10 of Colorado’s 23 games due to injury and only has two goals on 47 shots. MacKinnon is bound to start finding the back of the net more often — he broke a nine-game goalless drought on Wednesday at Madison Square Garden — and he’s still piling up the assists, with 16 in 13 games.

Friday’s Red Wings game will be broadcast on Bally Sports Detroit Plus starting at 9:00 p.m. ET. It’ll be sent over the airwaves on WXVT-FM 97.1 “The Ticket” in the Detroit area, as well as on the Red Wings’ official website.