Friday Folklore – The Legend of the Octopus 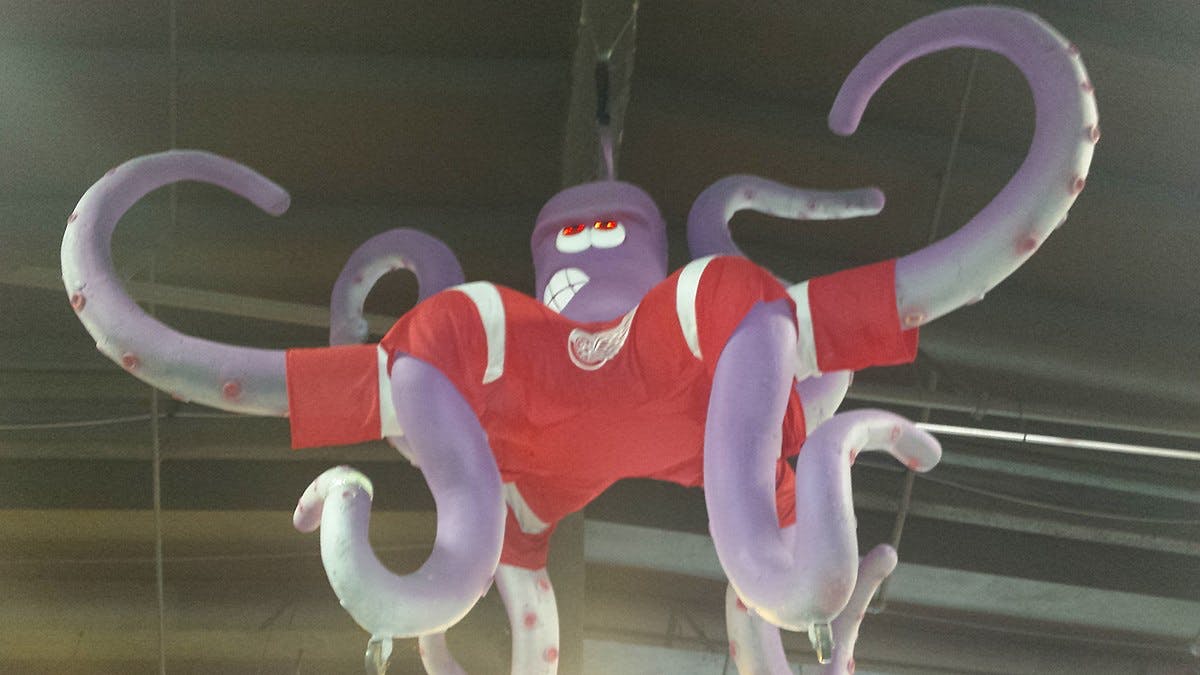 By Craig Jones
1 year ago
Considering yesterday marked the 69th anniversary, it felt only fitting that in this week’s edition of Friday Folklore, we go back to when two brothers started one of the best traditions in hockey: The Legend of the Octopus. The famed tradition started in 1952 when Pete and Jerry Cusimano were working at their family’s fish store in Detroit’s Eastern Market. They just so happened to be talking a little puck while they were setting up the Friday display for their Catholic patrons. Pete was holding an octopus when his brother Jerry looked over, saw the ‘Mini-Kraken’, and had a light bulb go off in his head. At the time, a team only needed eight wins to walk away with the Stanley Cup. Eight wins, eight tentacles, Eureka! This was just the good luck charm the Wings needed to win the Cup. Naturally, the fish experts boiled the octopus to turn it from its natural state of gray and slimy, to maroon and rubbery. This ensured ol’ Octavio didn’t stick to the ice. Now, there was only one problem to solve… how to throw those bad boys?
When asked about his throwing technique, Pete said “If you throw it like a baseball, you’ll throw your arm out.” Nobody wants to sit through the game with an icepack on their shoulder, so what’s the best technique then? According to Pete, “I would fling it sidearm like a hand grenade. One time I missed and knocked a man’s hat off. When he spotted what hit him, he left and never came back to his seat.” I can’t even imagine taking an octopus to the back of the head, so I don’t blame the man. But it was a small sacrifice to pay to win a Stanley Cup, and that’s exactly what happened.
The Wings entered the 1951-52 Stanley Cup Playoffs in first place and, with the luck of the octopus on their side, there was no stopping them. The two brothers tossed the first octopus after the Wings’ first goal in Game 3 of the Stanley Cup Finals at the Olympia Stadium, or as the fans knew it, ‘The Old Red Barn.’ The Wings would go on to sweep the Canadiens and lift the Cup with an outstanding 8-0 playoff record. Detroit outscored the Leafs and the Canadiens 24-to-5, and Terry Sawchuk didn’t give up a goal on home ice. The sweep of the playoffs hadn’t been done since the Montreal Maroons did it in 1935. The Cusimanos claim the octopus is the reason they won, which is why they kept the tradition going at every home playoff game. Detroiters bought into the Folklore, and that’s why the copycats emerged.
The Wings were certainly trend starters when it came to tossing good luck charms on the ice. In the 1995 Stanley Cup Finals, Devils fans gave a little jab to Wings fans when they tossed a lobster and dead fish on the ice. The Predators followed suit in 1999 by hurling a catfish from the stands to rival Detroit’s tradition. And who could forget the famous Rat Trick in Florida when Panther fans rained down over 3000 rats on the ice. And the craziness doesn’t stop there. Oilers fans hurled steaks, Sharks fans heaved a 3-foot leopard shark, and a Predators fan even threw a skinned duck when the Preds were playing the Ducks. But as Oscar Wilde said, “Imitation is the sincerest form of flattery that mediocrity can pay to greatness.” Unfortunately for the imitators, no team will be ever able to replicate the legend of the octopus.
Twitter:@Jonesinthezone
IG:@Jonesinthezone
Content
Recent articles from Craig Jones