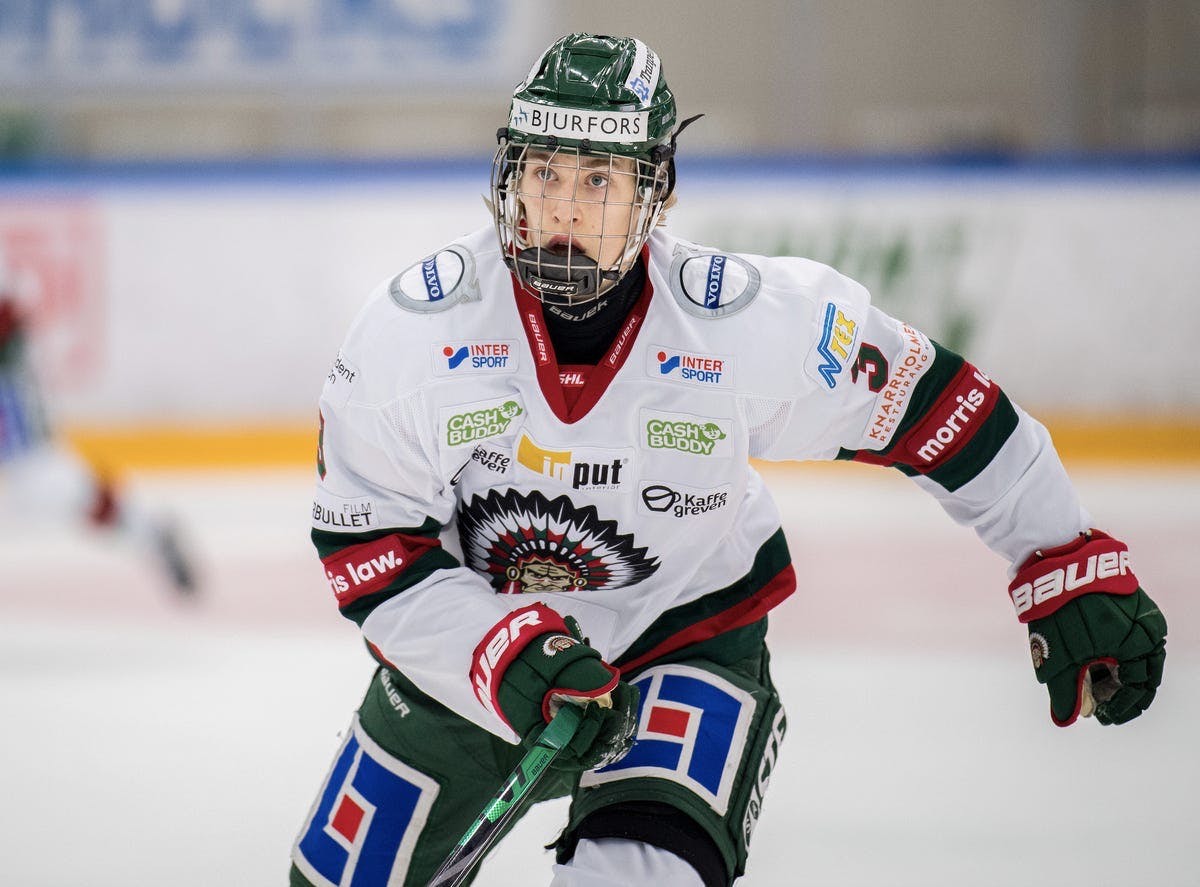 By Mike Gould
11 months ago
Detroit Red Wings top prospect @Simon Edvinsson scored a highlight-reel goal during the second period of Team Sweden’s round-robin game against Russia at the 2022 IIHF World Junior Championship.
With Sweden killing a minor penalty just prior to the midway mark of the middle frame, Edvinsson managed to chip the puck out of his defensive end before carrying it all by himself through the neutral zone.
He completed the individual effort by sliding the puck through Russian goalie Yaroslav Askarov to give the Swedes a 2–0 lead. Here’s the video of Edvinsson’s fantastic unassisted goal, as posted to Twitter by TSN:
This is Edvinsson’s first time playing at the World Juniors. The Red Wings selected the 6’4″, 203-pound left-handed defenseman with the sixth-overall pick at the 2021 NHL Draft.
Sweden currently leads Russia 4–2 in the third period of both teams’ opening game at the WP Centrium in Red Deer. Fellow Red Wings prospect Theodor Niederbach has yet to record a point for Team Sweden.
Uncategorized
Recent articles from Mike Gould