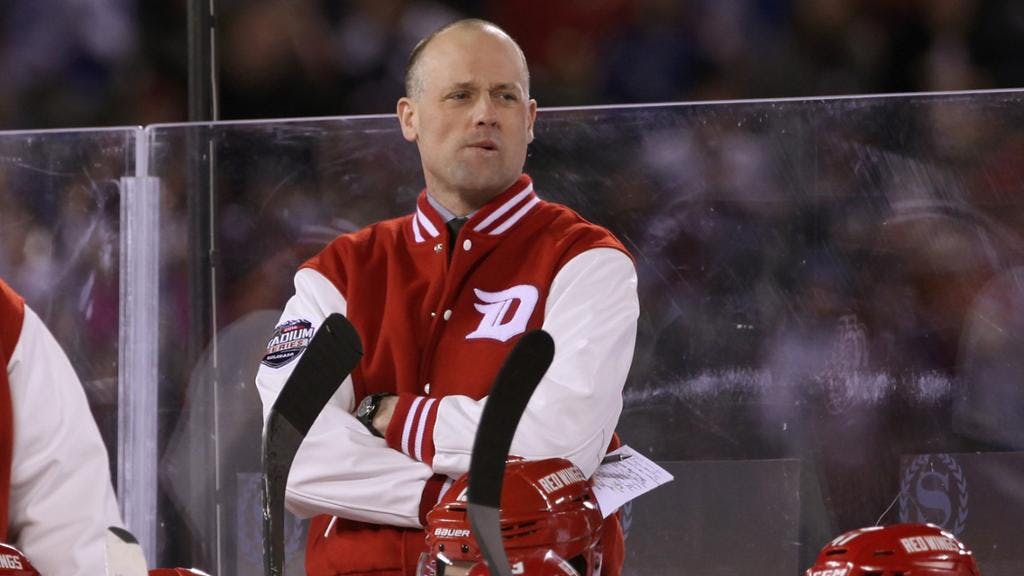 By Zach Laing
1 year ago
The Detroit Red Wings have re-signed head coach Jeff Blashill to remain as the club’s bench boss.
Blashill, 47, has been with the organization for tens years having joined the team as an assistant coach in 2011-12 before spending three years behind the bench of the Grand Rapids Griffins.
Details of the Detroit-native’s contract were not disclosed.
“I’ve been a Red Wing for a long time and in this seat for a long time,” Blashill said. “I love being a Red Wing. I love being part of this organization, and I want to continue to see this team get to a better tomorrow. We’ve been through tough times and to get a chance to continue to lead this team, I’ve very grateful for it and I’m very excited.”
He remains as the third longest-tenured head coach in the league with his current team behind Jon Cooper of the Tampa Bay Lightning and Paul Maurice of the Winnipeg Jets.
“I feel our team is collectively very competitive,” said General Manager Yzerman. “Whether we play well or not every night is different, but we play hard. Our players play hard and I think that’s a reflection of the coaching staff, that they have the respect of the players.”
Blashill has been head coach of the Red Wins since 2015-16 and has amassed a 172-221-62 record.
Zach Laing is the Nation Network’s news director and senior columnist. He can be followed on Twitter at @zjlaing, or reached by email at zach@oilersnation.com.
Uncategorized
Recent articles from Zach Laing