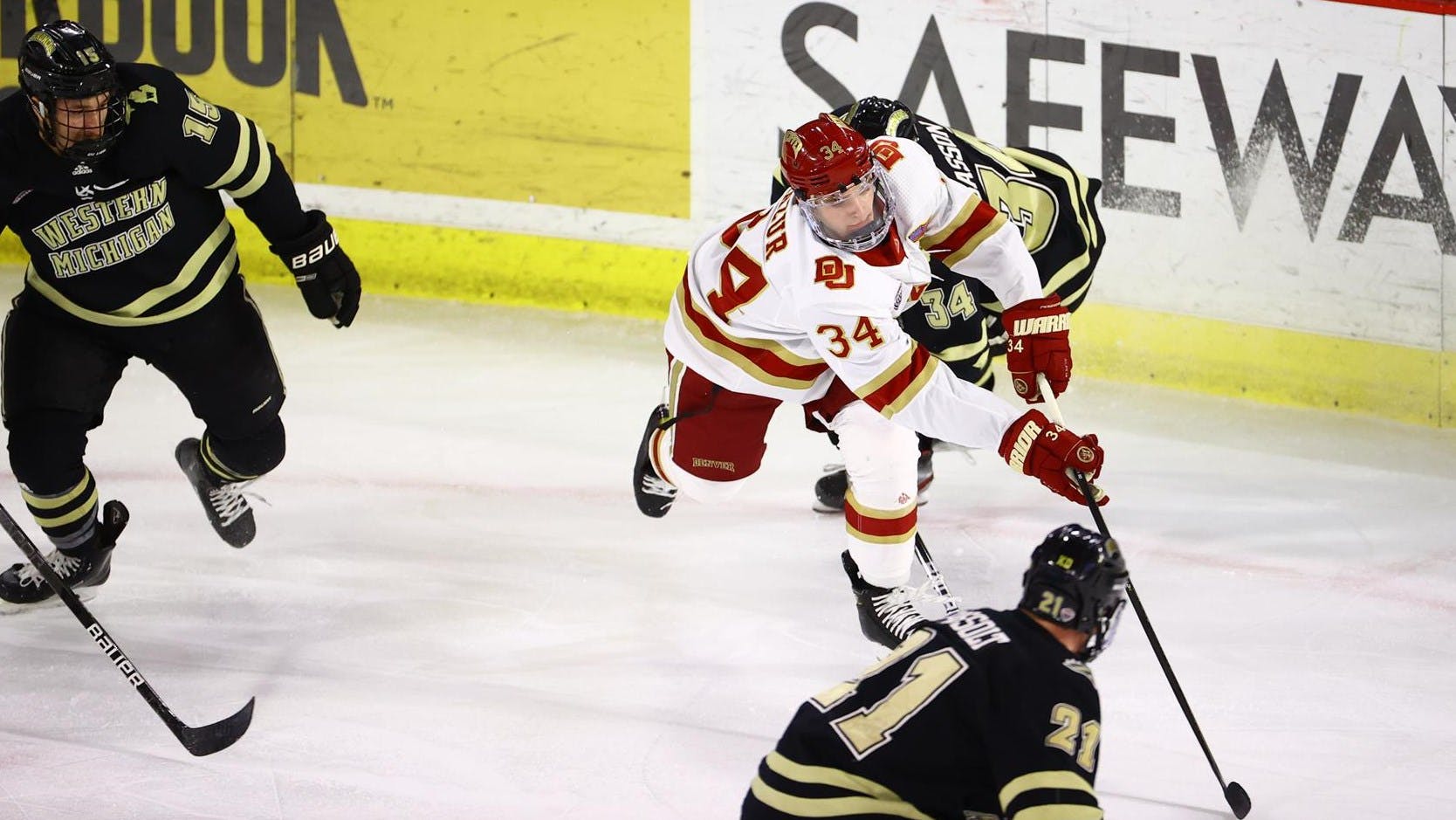 By Zach Laing
8 months ago
Denver Pioneers forward and Detroit Red Wings prospect Carter Mazur has been named the NCHC’s rookie of the year.
Mazur, 19, played in his first NCAA games this season with the Pioneers scoring 14 goals and 35 points in 36 games. He was drafted by the Red Wings in the third round of the 2021 draft.
Last December, Mazur was named to Team USA for the World Juniors, but only played in one game during the tournament.
The number three ranked Denver posted the best offence in the nation this year scoring 4.5 goals for per game.
Last weekend, Denver knocked off Miami (OH) to advance to the Frozen Four. Mazur helped in the two-game sweep by scoring a goal and an assist in the series-winning game, and had another tally called back.
Zach Laing is the Nation Network’s news director and senior columnist. He can be followed on Twitter at @zjlaing, or reached by email at zach@oilersnation.com.
Uncategorized
Recent articles from Zach Laing