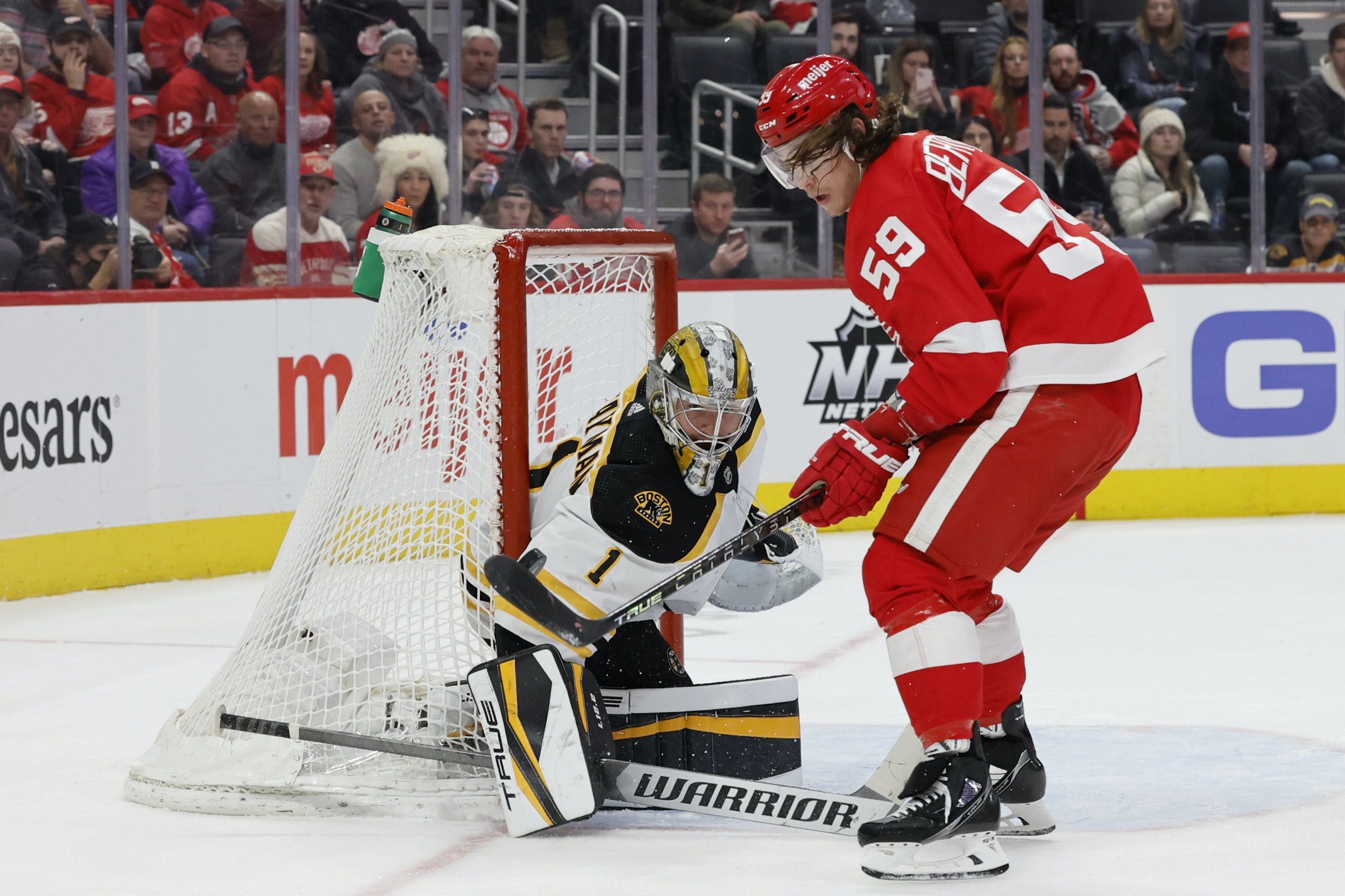 By Mike Gould
10 months ago
The Detroit Red Wings lost in decisive fashion against the Boston Bruins on Sunday.
@Patrice Bergeron, @Erik Haula, @Charlie McAvoy, @Tomas Nosek, and @Trent Frederic all scored for the visiting Bruins en route to a 5–1 victory.
Red Wings goaltender @Alex Nedeljkovic stopped 27 of 32 shots in the regulation loss, his eighth in 19 starts this season. Boston outshot Detroit 37–24 and scored five unanswered goals in the game.
Despite the lopsided loss, Detroit managed to score the game’s opening marker just past the midway point of the first period. After Bruins goaltender @Jeremy Swayman turned aside a long wrister by Danny DeKeyser, @Tyler Bertuzzi picked up the rebound to Swayman’s left and quickly deposited the puck for his 13th goal of the season.
DeKeyser and @Dylan Larkin picked up the helpers on Bertuzzi’s tally, which came 11:28 into the first period.
Bergeron tied the game just over three minutes after Bertuzzi’s icebreaker.
With the game still knotted at 1–1 early in the second, Red Wings forward @Vladislav Namestnikov decided to drop the gloves with one of the National Hockey League’s most despised troublemakers.
Namestnikov fared better than his more experienced counterpart in the bout, managing to wrestle Marchand to the ice and landing a few blows. Both players received two-minute minor penalties for slashing and five minutes for fighting.
The Red Wings will return to action on Jan. 4 when they welcome the San Jose Sharks to Little Caesars Arena. You’ll be able to catch that game on Bally Sports Detroit at 7:30 p.m. ET.
Uncategorized
Recent articles from Mike Gould