Raymond nets only goal for Detroit in commanding Bruins victory 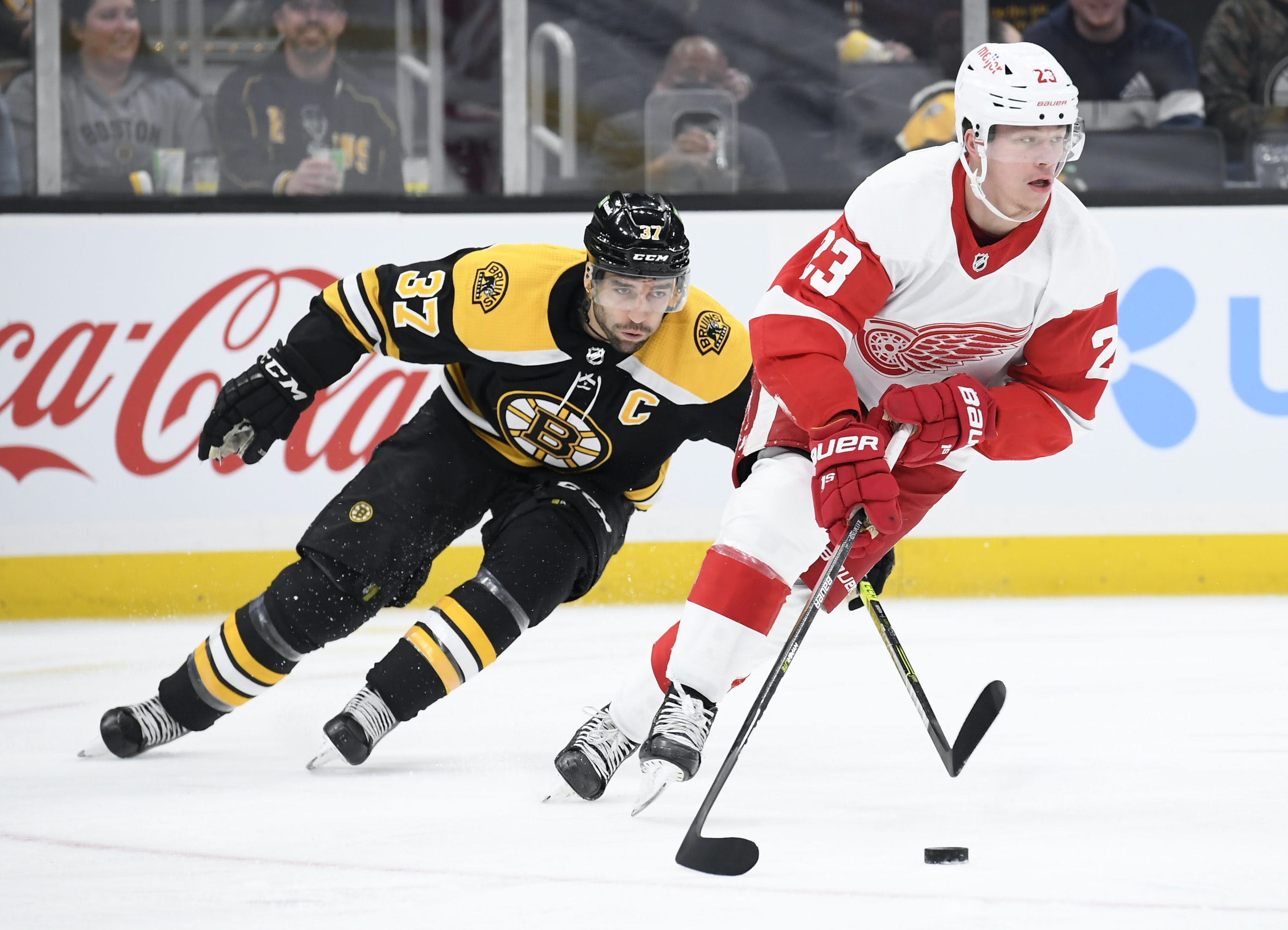 By Mike Gould
1 year ago
Detroit Red Wings rookie @Lucas Raymond scored his team’s only goal in a 5-1 blowout loss to the Boston Bruins on Thursday.
Boston received four goals from team captain @Patrice Bergeron, who entered the game with only three points (all assists) in his first seven games of the season. @Brad Marchand recorded primary assists on all four of Bergeron’s tallies.
@Mike Reilly also scored for Boston, which improved to 5-3-0 on the season. Detroit fell to 4-5-2 with the loss and dipped below a .500 points percentage for the first time in 2021–22.
Raymond’s goal came during the third period to cut Boston’s lead to 3-1. With the Bruins down two players, the Red Wings managed to set up in the offensive zone and scored off an impressive passing play.
@Filip Hronek found Raymond at the bottom of the left faceoff circle with a hard, accurate back-door pass. All Raymond had to do was fire the puck past Bruins goaltender @Jeremy Swayman, who left the entire right side of his net wide open as a result of anticipating a shot by Hronek.
@Moritz Seider picked up his team-leading ninth assist of the season with the secondary helper on Raymond’s fifth goal. Here’s the video, as posted to Twitter by Bally Sports Detroit:
@Thomas Greiss started for the Red Wings in Boston. He was excellent at 5-on-5, stopping 27 of 28 shots, but gave up three power-play goals in the loss. He also conceded a shorthanded marker to Reilly just 24 seconds after Raymond’s goal.
Detroit mustered only 15 shots in the entire game. Boston managed 15 in just the second period and 37 over the full 60 minutes.
Raymond now leads the Red Wings with 10 points in 11 games. He and Seider remain first and second, respectively, on the NHL’s rookie scoring leaderboard.
Detroit will return to action on Nov. 6 to take on the 5-4-1 Buffalo Sabres. Puck-drop at KeyBank Center is scheduled for 7:00 p.m. ET; you’ll be able to watch the game on Bally Sports Detroit.
Uncategorized
Recent articles from Mike Gould