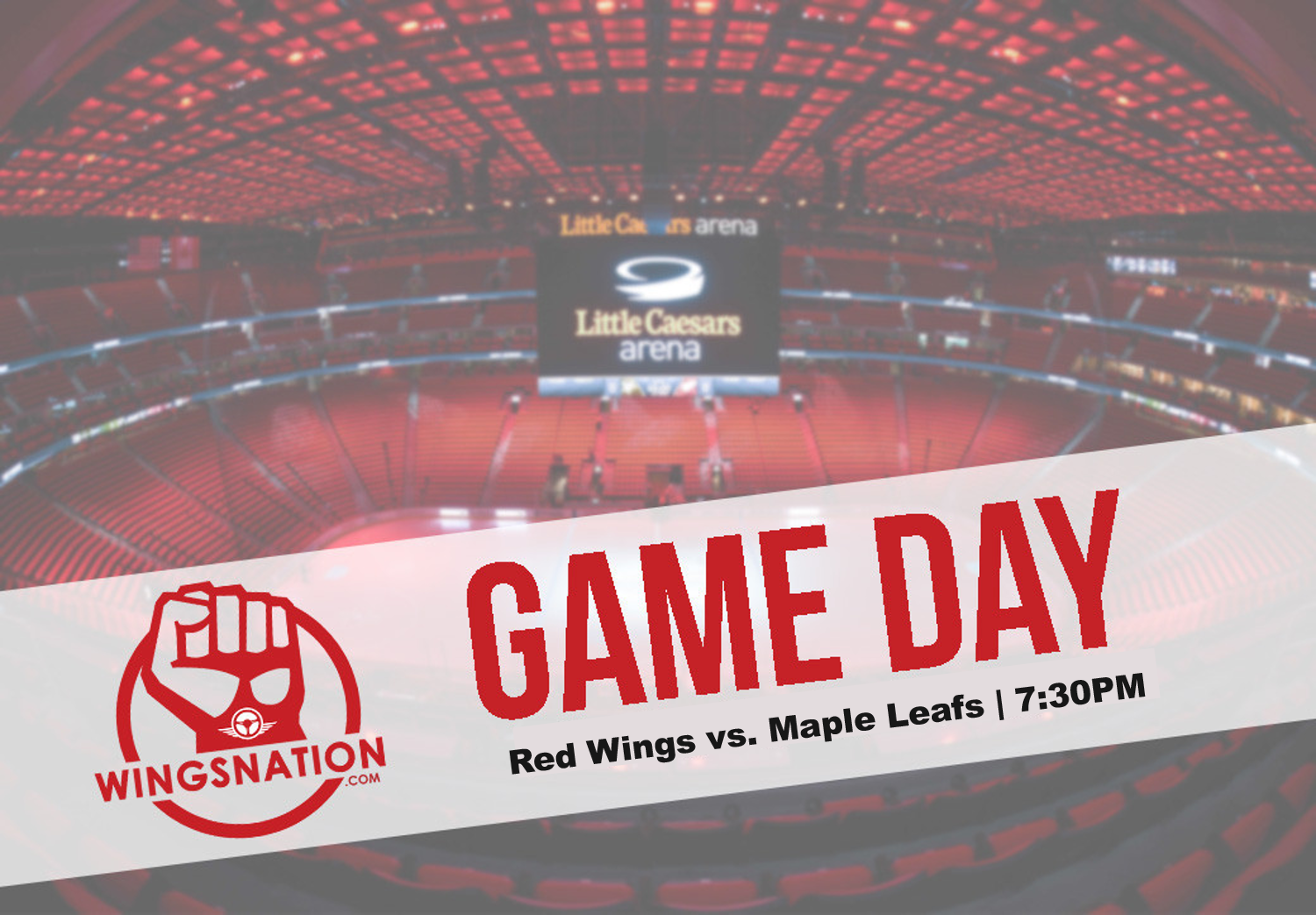 By Adam Laskaris
3 years ago
Comments
Editor’s Note: This pre-game report was originally posted on The Leafs Nation by Cat Silverman.
The last time the Detroit Red Wings and the Toronto Maple Leafs squared off this year, the teams opted to deploy the Tandem of PTSD and Sadness in Garret Sparks and Jonathan Bernier, letting the team’s most controversial duo from the 2015-16 season face off in their respective redemptive roles.
It was supposed to be an easy win for Toronto, as Detroit is currently languishing at the bottom of the standings with little hope of better than a bottom-five finish. But Dylan Larkin seems determined to drag his team right out of the Jack Hughes sweepstakes, and some sloppy moments from Sparks left Toronto unable to capitalize on bullying Bernier into a loss. Ultimately, the game went to OT, where Larkin snagged the second point for Detroit and sent Toronto home without a win.
Advertisement
Ad
Advertisement
Ad
Now, both teams have turned away from their backups and will give the starters a chance to keep this from being another three-point game.

Patrick Marleau – Auston Matthews – Mitch Marner
Zach Hyman – John Tavares – Kasperi Kapanen
Connor Brown – Nazem Kadri – William Nylander
Par Lindholm – Frederik Gauthier – Andreas Johnsson
Jake Muzzin – Morgan Rielly
Jake Gardiner – Nikita Zaitsev
Travis Dermott – Ron Hainsey
In theory, that third line of Kadri, Brown, and Nylander should be one of the most impressive depth lines in the NHL. It has an air of Pittsburgh’s third line from their last cup runs, where Phil Kessel and Nick Bonino managed to offer some of the most lethal offense from a ‘lower six’ offense in the league.
Of course, Nylander is still waiting for things to *really* take flight. And although he managed an impressive three-assist game heading into the All Star Break, he still has yet to record his second goal of the season. After two consecutive 20-goal campaigns, that remains frustrating.
Advertisement
Ad
Advertisement
Ad
The most important thing to watch, though, is Jake Muzzin and Morgan Rielly. The arrival of Muzzin from the languishing Los Angeles Kings should shore up arguably Toronto’s least consistent position, so all eyes will be on that pairing to see just how much better he is for the team than, well, the Ron Hainsey experiment.

Justin Abdelkader – Dylan Larkin – Gustav Nyquist
Thomas Vanek – Frans Nielsen – Anthony Mantha
Andreas Athanasiou – Luke Glendening – Darren Helm
Christoffer Ehn – Jacob de la Rose – Martin Frk
Danny DeKeyser – Nick Jensen
Jonathan Ericsson – Dennis Cholowski
Niklas Kronwall – Mike Green
I’m going to be perfectly honest with you guys, seeing Mike Green and Niklas Kronwall as the bottom pairing – on a team giving them a combined $10.1 million in AAV salary, nonetheless – makes me actually laugh out loud. But it’s the guys at the top that Toronto needs to look out for. Dylan Larkin, Anthony Mantha, and Andreas Athanasiou have been
Advertisement
Ad
Advertisement
Ad
I really like this warning by the good fellows over at Winging It In Motown for what Detroit needs to avoid, because it speaks volumes about what the team is this year:
“The Red Wings will need to control that energy level and not let the new found freshness to their legs get them into trouble spots where they over pursue a play and end up having to take a dumb penalty or give up a really good scoring chance.”
The Red Wings have had some surprising bouts of success over the stretch of the season, because they have enough young players trying to push for regular playing time. That group is excited and energized, and has left the Detroit fanbase with much more interesting hockey to watch than the poor saps in either New York or Los Angeles.
Advertisement
Ad
Advertisement
Ad
It’s meant some sloppy, overeager mistakes, though – and if Toronto can capitalize on that, rather than letting that well-rested energy catch them flat-footed, it could give Toronto an upper hand.

Freddie has been having yet another team-carrying year – but in some surprising news, Howard has been having one of those himself.
The veteran American netminder has been one of the best players for Detroit all season, playing so well that there’s legitimate talk of him returning next year to hold down the fort while the prospects continue to develop.
It’s not the uncertainty of the Sparks v. Bernier matchup, which was a study in hot mess inconsistency. But still, it’s hard to tell who really has the upper hand here; in theory this is Andersen’s game to lose, but Howard has been a game-changer himself.