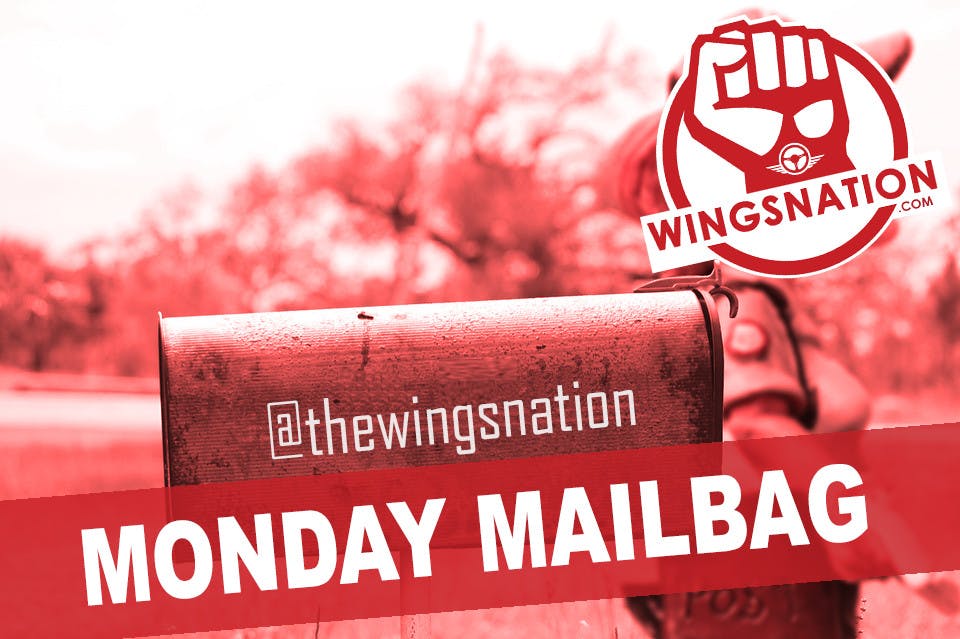 Photo credit: Nick Seguin
By Adam Laskaris
5 years ago
Comments
O it’s ya boi back with more mailbag Q’s and A??s!
You wanted to know about the Wings Free Agency period so here’s some somewhat educated answers.

Now that we have Daley, where does he fit in? What happens to our backlog of defensemen?

Daley likely slots in on the second pairing based on the term he’s getting, but it’s a bit of a clusterpluck who his partner will be. There’s no clear way the Wings will be set up next year on the backend, as Daley is the team’s fifth highest paid defenceman, but might start to see more time than aging vets in Ericsson and Kronwall. He’s got three years here, so get ready to see him play all over the lineup!

Exposing XO and Riley aren’t the worst moves in the world. They seem to top out as bottom pairing guys and a fourth line centre, who, as you know, scored twice in the final game of the year and no other times.
Advertisement
Ad
Advertisement
Ad
That being said, exposing Mrazek was pretty gutty, but as it seems like he’s not a wanted commodity in the league I guess it’s not that bad. Or did Kenny just escape lucky once again?
I don’t know who Steve Ott 2.0 is, but he sounds bad. Did I miss a signing?
Passing on a lot of players in favour of Michael Rasmussen seems not good for a team that’s trying to . You can see more thoughts on him in last week’s mailbag, or elsewhere on the site.
I also don’t really like the Daley signing, which I wrote about here.
In order of worst move to best*:
(*still bad)
Probably not the best offseason for the Red Wings.

Where do we think Vanek ends up? How badly did Oshie kill the hopes and dreams of GMs around the league when he resigned with the Caps?

I honestly could see Vanek going to Buffalo for a reunion. He probably doesn’t have a spot on this Red Wings team for another 1-year deal,  I don’t think Oshie’s deal affects much around the league to be honest, it seems like an overpay based on his age and production and smart general managers can recognize that.
Advertisement
Ad
Advertisement
Ad

Why is KH so shitty ?

Watch your mouth, this is a family site!
But in all seriousness, because he willingly gives out bad contracts, hasn’t drafted well in a few years and often
From Instagram:
@16_susewitz_66 “Someone ask why we haven’t signed Jagr yet”.
I can’t see Jagr coming here, if he’s looking to go to a winner. It wouldn’t make much sense for either side,
@austinward32 “I just know we need to sign AA and Tatar..”
Both are RFAs, so they’ll likely be re-signed sooner rather than latar.