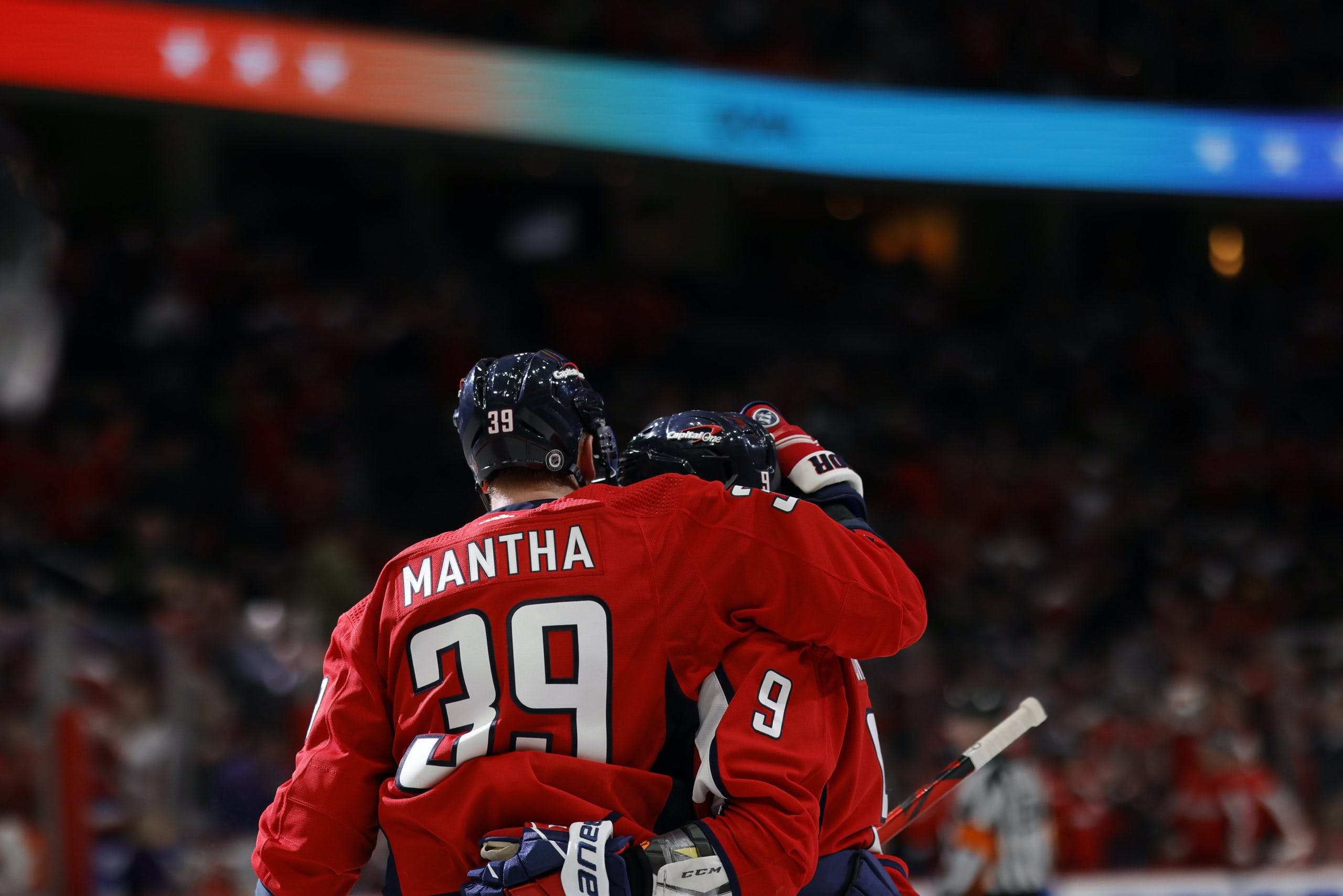 Photo credit: Geoff Burke-USA TODAY Sports
By Mike Gould
6 months ago
Comments
The first round of the 2022 Stanley Cup Playoffs is just over halfway over, with only one team — the Colorado Avalanche — already punching its ticket to the semifinals.
Over the last week, we at WingsNation have been taking a division-by-division look at the former Detroit Red Wings players and executives participating in the playoffs.
We’ve already covered the Pacific and Central Divisions, meaning it’s now time to shift over to the Eastern Conference. All four Metropolitan Division playoff teams remain in the hunt for the Stanley Cup, with three of them featuring Red Wings alumni.
We’ll kick things off in the Big Apple before moving south toward the nation’s capital.

Rangers head coach Gerard Gallant has obvious ties to the Red Wings, having played the first nine seasons of his National Hockey League career in Detroit after being drafted by the team in 1981.
Advertisement
Ad
Advertisement
Ad
In 563 regular-season games with the Red Wings, Gallant scored 207 goals and 467 points. The scrappy winger also amassed exactly 1,600 penalty minutes with the team.
Gallant, 58, has served as head coach for four NHL teams: Columbus, Florida, Vegas, and New York. He led the Rangers to a 52–24–6 record in his first season as bench boss, although they currently trail the Pittsburgh Penguins 3–1 in their best-of-seven series. (The Penguins do not have any ex-Red Wings on their roster).
Patrik Nemeth joined the Rangers on a three-year UFA contract last July. The big Swedish defenseman spent two seasons with the Red Wings, scoring 17 points in 103 games, before being traded to the Colorado Avalanche at the 2021 deadline
In 63 appearances with the Rangers this season, Nemeth notched two goals and seven points while averaging just 16:38 per game, way down from the 20:40 he typically logged in Detroit.
Advertisement
Ad
Advertisement
Ad

Remember Brendan Smith? Of course you do. The 2007 first-round pick spent the first six seasons of his NHL career as a Red Wing before being dealt to the Rangers at the 2017 deadline for two draft selections.
Smith, a 6’2″ left-handed defenseman who also occasionally masquerades as a forward, played parts of five seasons in New York before signing a one-year deal to join the Hurricanes last summer.
In his first 45 games with Carolina during the regular season, Smith scored four goals and eight points; he’s added an assist in five playoff contests to help the Hurricanes take a 3–2 series lead over the Boston Bruins.

Anthony Mantha leads the Capitals’ strong contingent of ex-Red Wings. The 27-year-old winger missed most of the 2021–22 season while dealing with a shoulder injury but returned with gusto in March, ultimately finishing the year with 23 points in 37 games.
Advertisement
Ad
Advertisement
Ad
Mantha has three assists in the first four games of Washington’s 2–2 playoff series against the Florida Panthers. The Red Wings traded the Longueuil, Quebec product to the Capitals last April in exchange for @Jakub Vrana, @Richard Panik, and two high draft picks.
Then, there’s Nick Jensen. The veteran defender played three seasons with the Red Wings to kick off his NHL career before being traded to Washington in 2020 in exchange for @Madison Bowey and the draft pick that became @Cross Hanas.
Jensen, 31, is a reliable right-handed blue-liner who has had one of his best seasons in a top-four role with Washington this year. He achieved new career-best figures in goals (5) and points (21) while averaging 19:21 of ice-time in 76 games.
The Capitals have surprised many onlookers by battling the Panthers to a draw through four games. If they make it past the first round, expect Mantha and Jensen to play big roles in the team’s success.
Advertisement
Ad
Advertisement
Ad
We’ll be back later this week to wrap up this series with a look at the Atlantic Division.