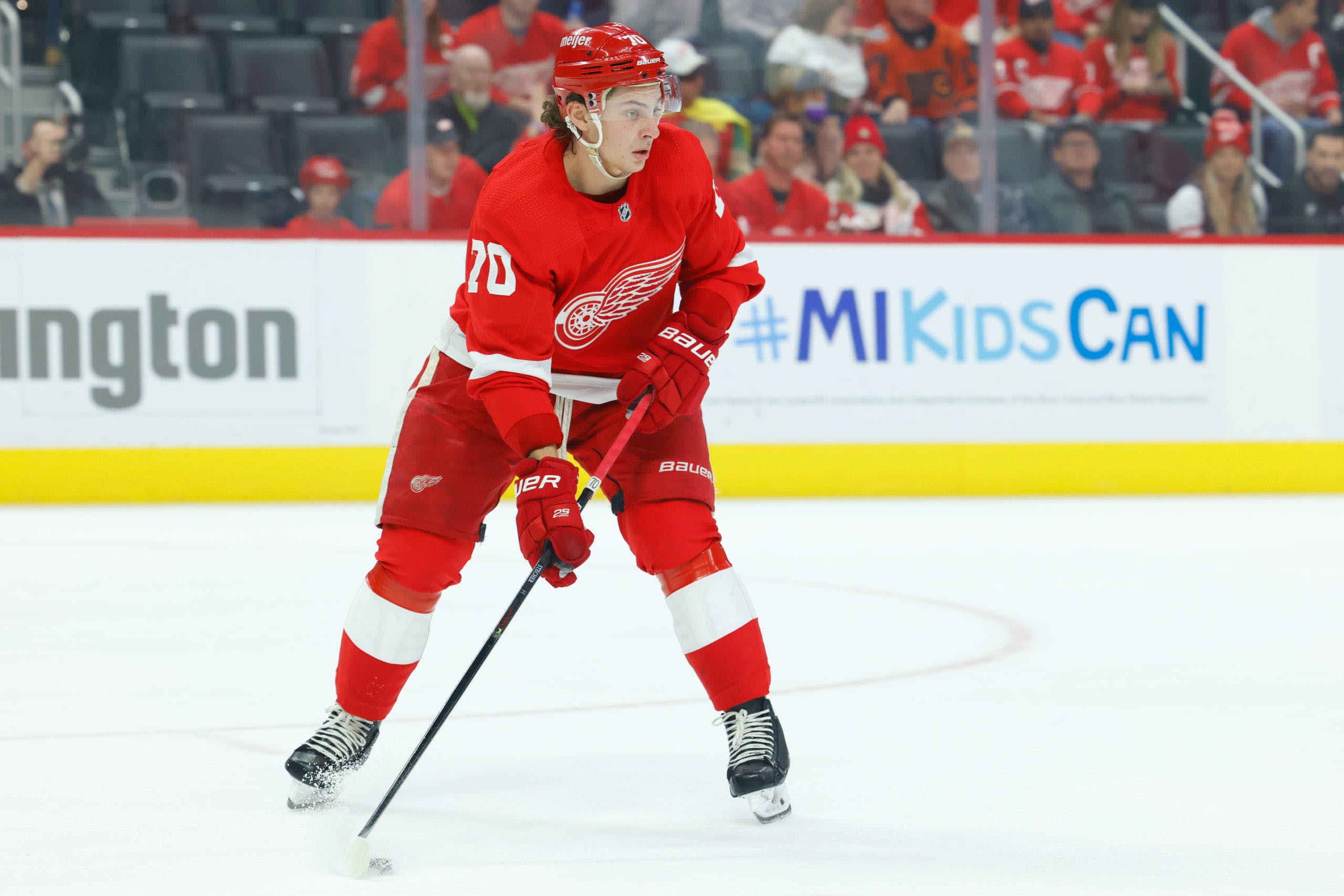 Photo credit: Rick Osentoski-USA TODAY Sports
By Mike Gould
9 months ago
Comments
@Troy Stecher could make his return to the lineup for the Detroit Red Wings in Saturday’s matinee clash with the Philadelphia Flyers.
The 27-year-old defenseman has been practicing with the team in recent weeks and told reporters on Friday that he hopes to receive medical clearance to play against Philadelphia.
Stecher last played back on Nov. 4, having missed the last three months after undergoing wrist surgery. The 5’10”, 184-lb right-handed defenseman amassed 11 points (three goals, eight assists) in 44 games with the Red Wings in 2020–21; in his first six games this season, he managed one assist.
With @Nick Leddy still sidelined with an upper-body injury and @Filip Hronek in COVID-19 protocol, Stecher could occupy a top-four spot on the Red Wings’ back-end in Saturday’s game. He skated on the team’s second pairing in Friday’s practice.
Advertisement
Ad
Advertisement
Ad
The Red Wings most recently played against this very same Flyers team, defeating them by a 6–3 score in their own barn back on Feb. 9. @Moritz Seider stole the show in the win, picking up a pair of helpers while suffocating the Flyers’ attackers with his precociously mature defensive game.

Detroit: For a player who seldom ever cracks the 10-minute plateau in a single game, @Givani Smith has been reasonably productive this season. The big 23-year-old winger has four goals and six points in 38 games while averaging exactly eight minutes per night. It’s not always easy for a player to stay engaged when used so sparingly, but make no mistake: Givani is always engaged.
Advertisement
Ad
Advertisement
Ad

Philadelphia: It’s good to see @Gerald Mayhew finally getting his chance to prove his worth in the NHL. Long a star in the American Hockey League, the 5’9″, 161-lb forward has three goals in 13 games with the Flyers this season. Mayhew, 29, spent the first five seasons of his professional career in the Minnesota Wild organization, scoring three points in 17 NHL games (and twice registering 60 points in the AHL).

Saturday’s game in Detroit will be broadcast on Bally Sports Detroit starting at noon ET. It’ll be sent over the airwaves on WXYT-FM 97.1 “The Ticket” in the Detroit area, as well as on the Red Wings’ official website.
Advertisement
Ad
Advertisement
Ad