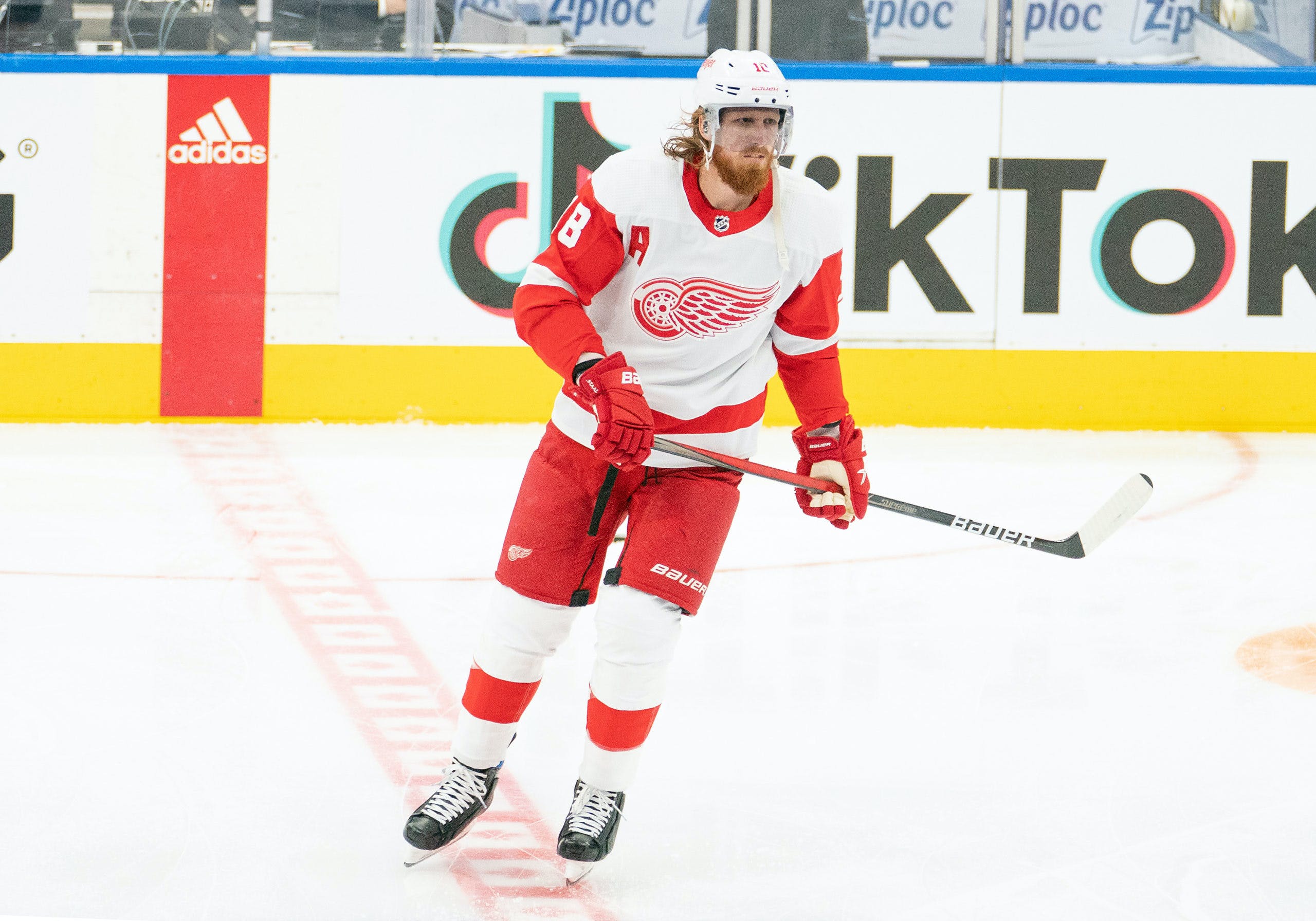 Photo credit: Nick Turchiaro-USA TODAY Sports
By Thomas Hall
11 months ago
Comments
Despite riding high on a five-game winning streak, the Detroit Red Wings released some very unfortunate news Monday morning, as defenseman @Marc Staal has entered the National Hockey League’s COVID-19 protocol.
Staal, 34, was in the lineup for Detroit on Saturday against the New York Islanders, where his team won 4-3 in overtime, and now joins teammate @Tyler Bertuzzi as the second member of the organization to be placed on the league’s COVID-19 list.

UPDATE: The #RedWings have placed defenseman Marc Staal in the NHL's COVID-19 protocol.

If Staal produces multiple positive tests, which remains unclear as of this moment, he’ll be required to quarantine for at least 10 days before being eligible to return to action. At which point, if he receives clearance from team doctors, the 6’4″ blueliner would exit the NHL’s COVID-19 protocol, allowing him to resume skating with his teammates.
Advertisement
Ad
Advertisement
Ad
As a corresponding move, Detroit has recalled defenseman @Daniel Renouf, who was initially reassigned back on Dec. 2, from the Grand Rapids Griffins of the American Hockey League.

Renouf, 27, has spent most of this season in the AHL, however, he participated in his first NHL contest of 2021-22 back on Nov. 24 against the St. Louis Blues. During that matchup, the 6’3″ blueliner logged 13:03 minutes of ice-time, posting one hit and a +2 rating.
Regarding Staal, the veteran defenseman has appeared in 22 games during his second campaign in Detroit, registering one goal, four points, 25 blocks, 23 shots on goal, 22 hits, five takeaways and a +2 rating over his 16:15 minutes of ice-time per game.
Advertisement
Ad
Advertisement
Ad
With Staal and @Gustav Lindstrom (lower-body injury) unavailable, Renouf is expected to fill in on the Red Wings’ third defensive pairing, joining @Jordan Oesterle on that line.
Detroit will be searching for a sixth straight victory when they host the Nashville Predators on Tuesday at 7:00 pm ET.