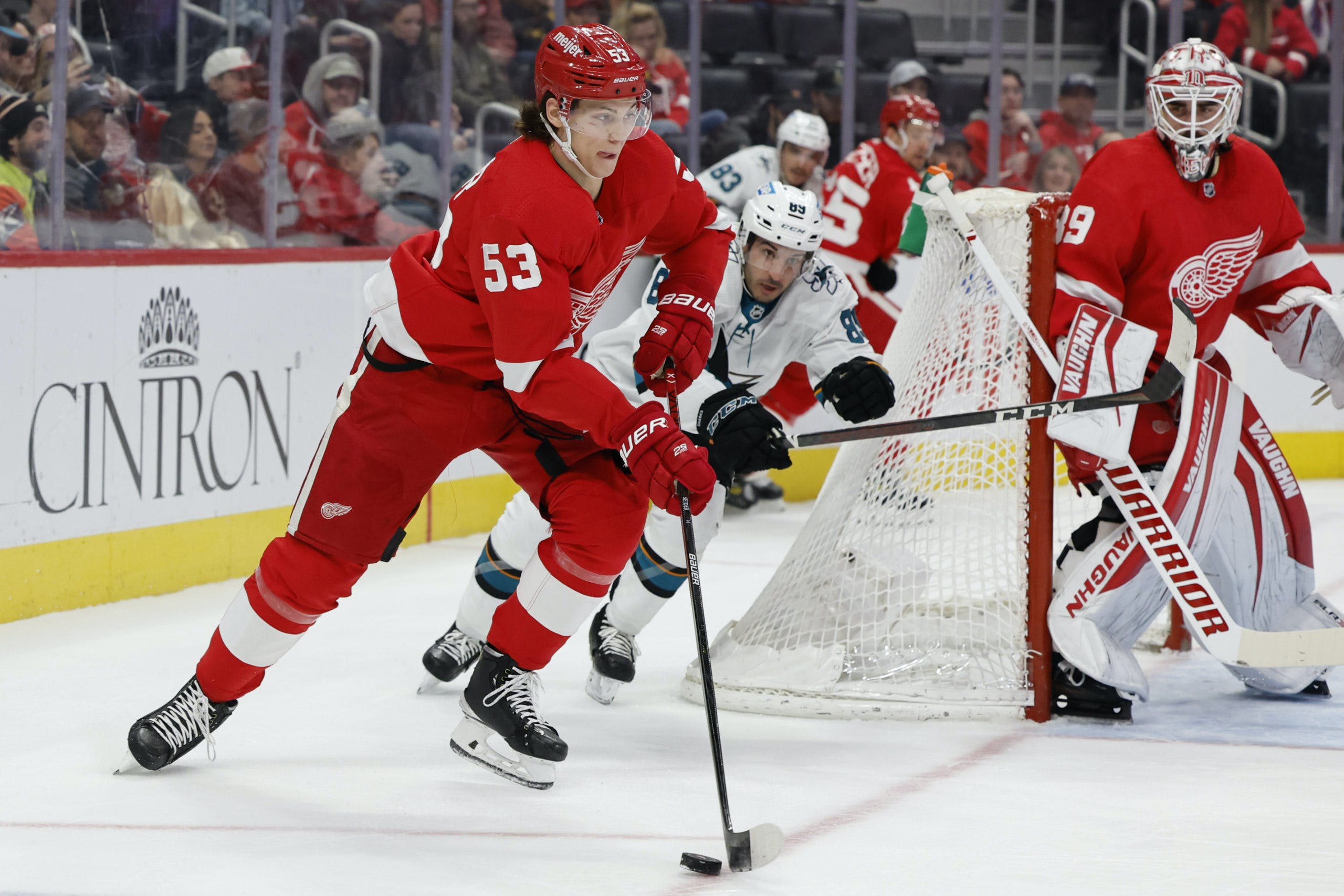 Photo credit: Rick Osentoski-USA TODAY Sports
By Mike Gould
10 months ago
Comments
The Detroit Red Wings will be without team captain @Dylan Larkin for the fifth time this season when they take on the San Jose Sharks at 10:30 p.m. ET on Tuesday evening.
Larkin left Sunday’s game in Anaheim after the first period with a lower-body injury. Red Wings head coach Jeff Blashill told reporters that Larkin has not been ruled out for Thursday’s game against the Winnipeg Jets.
Some good news: @Tyler Bertuzzi will remain in the lineup against the Sharks after being cut by a skate against the Ducks. Blashill also said that @Robby Fabbri will fill Larkin’s No. 1 centre spot against San Jose.
The Sharks have won their last two games, both by 3–2 scores. They defeated the Philadelphia Flyers 3–2 in overtime, with @Tomas Hertl providing all three goals for the Sharks.
Advertisement
Ad
Advertisement
Ad
Both the Red Wings and Sharks currently rank fifth in their respective divisions. Detroit has a 16–16–4 record and 36 points in 36 games; San Jose is 19–16–1, with 39 points in 36 contests.

Detroit: It’s been a bit of a rough go lately for @Joe Veleno, who has just two points in his last 19 games with the Red Wings. He’s still 21, of course, and it’s not as though he’s getting a ton of deployment in high-leverage situations. It’s entirely possible he’s approaching an inflection point in his season where everything just clicks and he starts producing while driving play. For now, he’s getting outplayed by @Sam Gagner.
Advertisement
Ad
Advertisement
Ad
San Jose: It looked like @Alexander Barabanov might just be another undrafted flameout when the Toronto Maple Leafs traded him to the Sharks last season. Barabanov managed just one point in his first 13 NHL games with the Leafs prior to the trade. Since then, the 27-year-old forward has nine goals and 27 points in 40 contests and looks primed to be one of the more coveted players at the upcoming trade deadline.

Tuesday’s game in the Bay Area will be broadcast on Hulu starting at 10:30 p.m. ET. It’ll be sent over the airwaves on WXYT-FM 97.1 “The Ticket” in the Detroit area, as well as on the Red Wings’ official website.