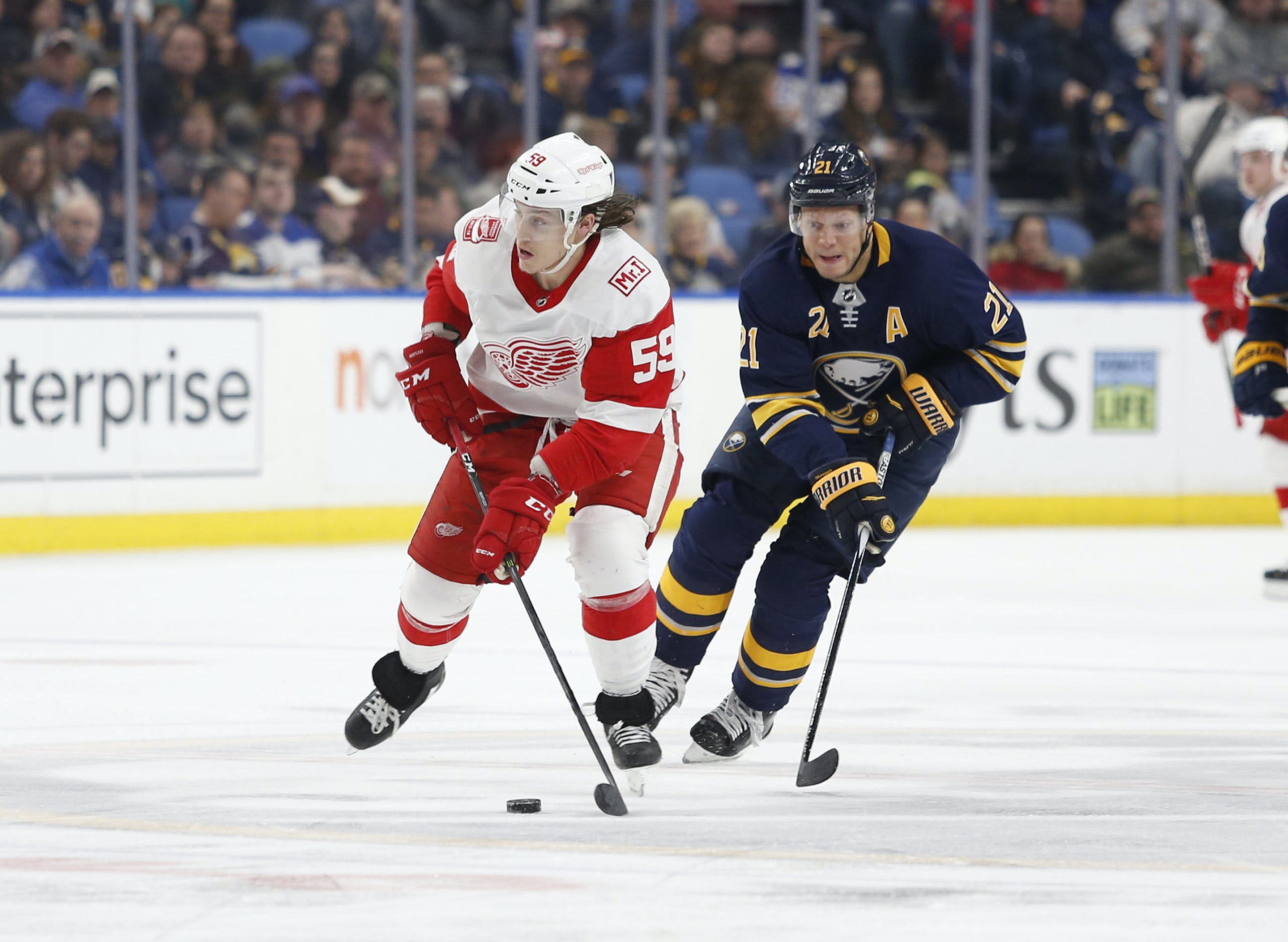 Photo credit: Timothy T. Ludwig-USA TODAY Sports
By Mike Gould
1 year ago
Comments
The Detroit Red Wings will wrap up their 2021 pre-season schedule Saturday with a matinee tilt on the road against the Buffalo Sabres.
Detroit beat the Pittsburgh Penguins by a 4-2 score Thursday, with Joe Veleno scoring a late go-ahead goal to seal the victory. Pius Suter, Filip Hronek, and Tyler Bertuzzi also tallied for the Red Wings in the win.
Buffalo has lost four consecutive exhibition games; Saturday’s game is also the last on the Sabres’ exhibition slate. Puck-drop at KeyBank Center in Buffalo will go at 3:00 p.m. ET.

While it’s unclear whether he’ll play Saturday, Danny DeKeyser will undoubtedly be a fascinating player to watch as he enters the final year of his contract in 2021–22. While the 31-year-old defenseman has never quite lived up to the six-year, $30 million deal he signed with Detroit in 2016, he showed last season he can still be a serviceable middle-pairing option when healthy. DeKeyser could end up being an appealing trade deadline target for a contender.
Is this Craig Anderson‘s last kick at the can? He turned 40 in May and is coming off a season where he appeared in just six total games for the Washington Capitals. Mind you, he was pretty good in his limited action last year … but it’ll still be an extremely tough assignment for him to try and succeed behind that defensive group. Buffalo’s insurance policy is Dustin Tokarski, a 32-year-old career backup who has played 14 NHL games over the last five seasons.
Advertisement
Ad
Advertisement
Ad