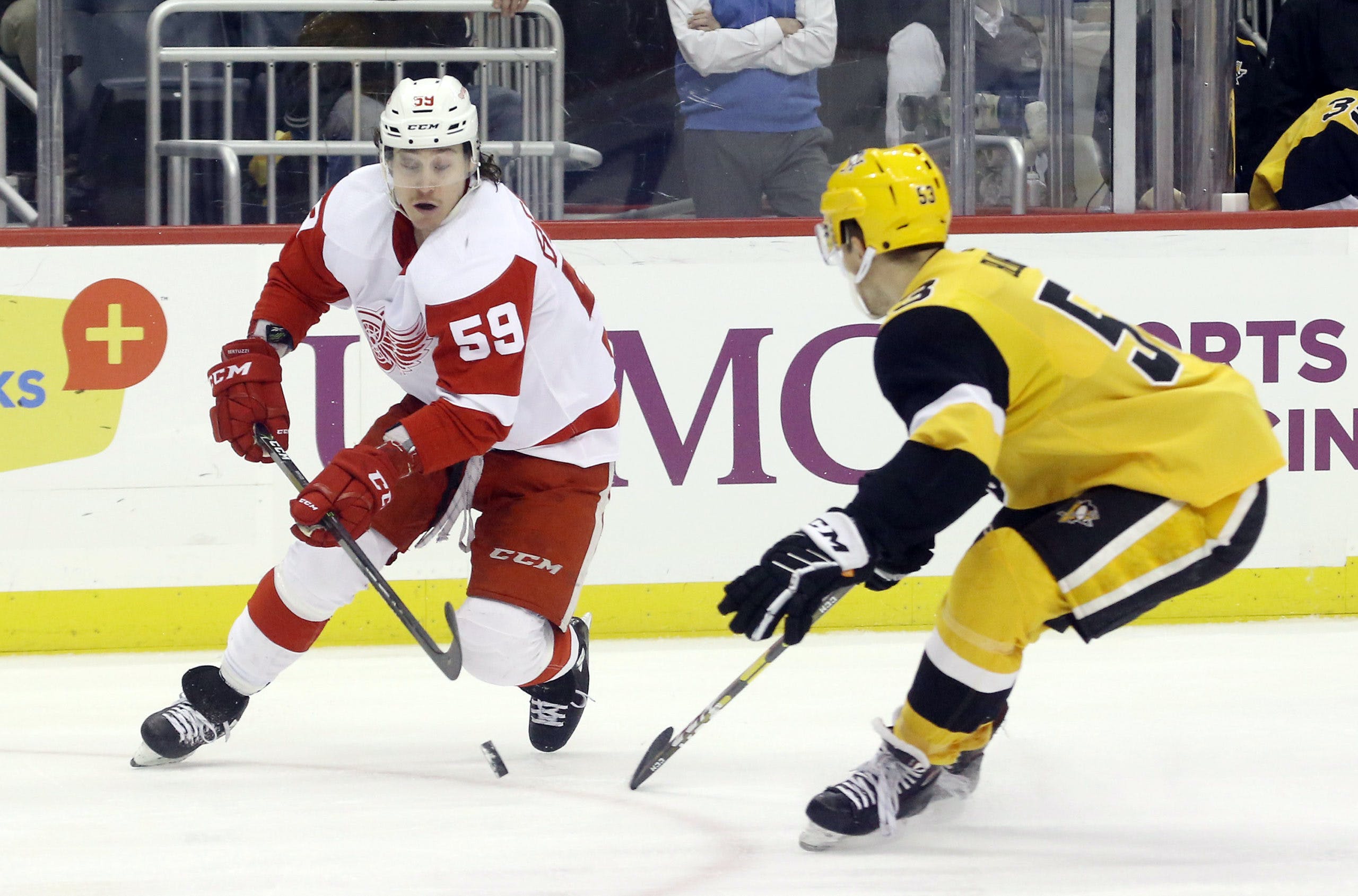 Photo credit: Charles LeClaire-USA TODAY Sports
By Mike Gould
1 year ago
Comments
Fresh off a 5-1 beatdown of the Columbus Blue Jackets, the Detroit Red Wings will have little time Sunday to rest on their laurels.
The Wings will head east for an afternoon contest against the Pittsburgh Penguins at PPG Paints Arena at 12:00 p.m. ET. While this rematch of the 2008 and 2009 Stanley Cup Final series will surely carry less weight in the hockey world, it should still answer some lingering questions about Detroit’s training camp roster.
You’ll be able to listen to the game on WXVT-FM 97.1 The Ticket in Detroit.

We’ll post their travelling roster for Sunday’s game as soon as it’s released.
Update — here it is:

Pittsburgh has released its lineup for Sunday’s game:

It’s hard to guess who will appear for the Red Wings on Sunday but it’ll be interesting to see whether head coach Jeff Blashill gives Alex Nedeljkovic a chance to better Thomas Greiss’ 19-save performance on Saturday. Nedeljkovic’s only previous appearance in the pre-season came against Buffalo on Sept. 30; he made 17 saves on 19 shots in the 6-2 Red Wings victory.
Brian Boyle will appear for the Penguins on Sunday. The hulking 36-year-old centre sat out the entire 2020–21 season without a contract after spending the 2019–20 campaign largely as a reserve for the Florida Panthers. Boyle was memorably named to the 2018 NHL all-star game as an injury replacement for Taylor Hall; the 2017–18 season was Boyle’s first after he was diagnosed with chronic myeloid leukemia in Sept. 2017.
Advertisement
Ad
Advertisement
Ad