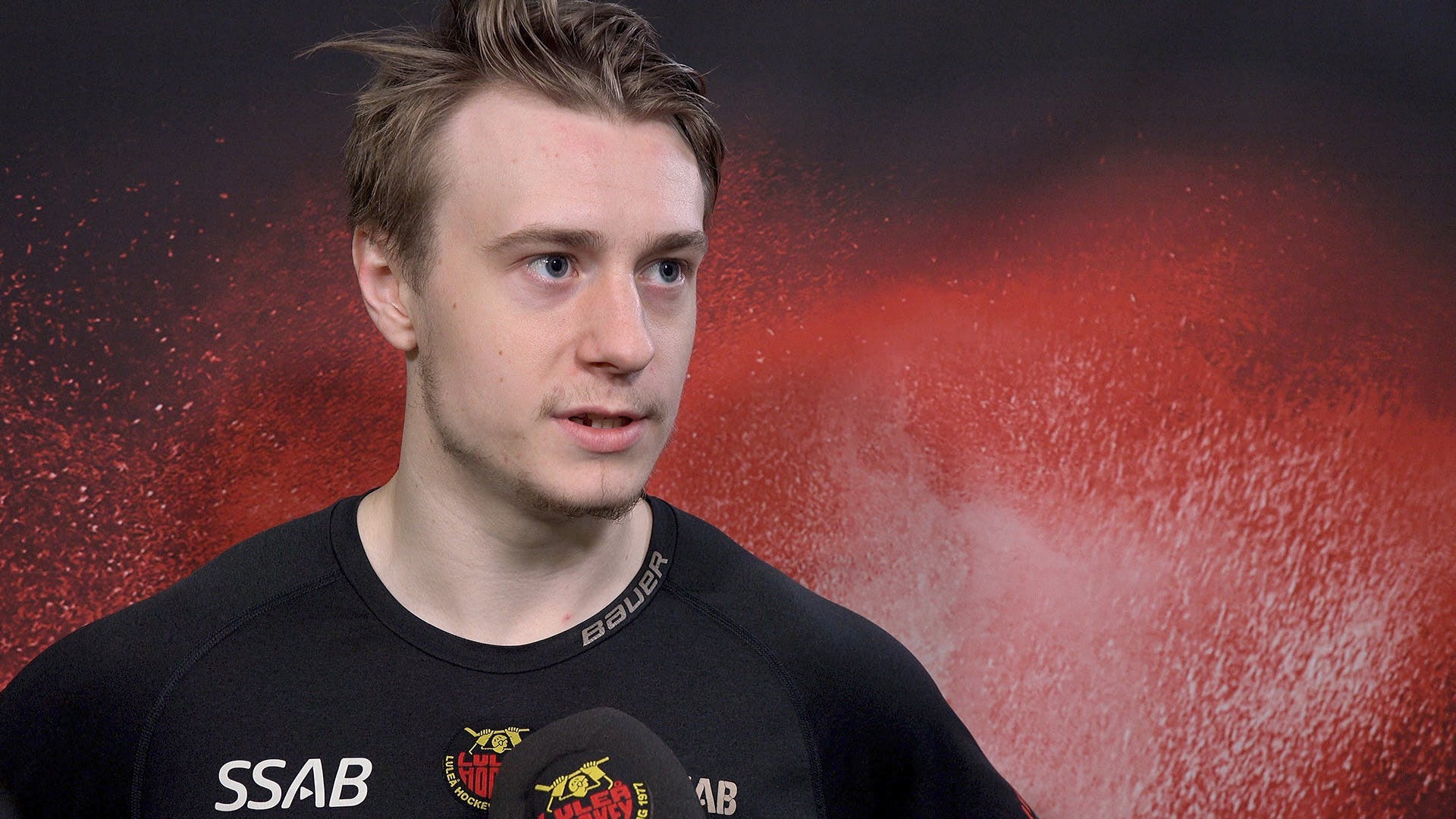 Photo credit: Luleå HF on Twitter
By Mike Gould
6 months ago
Comments
The Detroit Red Wings have signed Swedish forward Pontus Andreasson to a one-year entry-level contract, the club announced Monday afternoon
The official signing news comes after Swedish outlet Sportbladet published a report in April indicating that the Red Wings were nearing an agreement with Andreasson.
Andreasson, 23, scored an impressive 18 goals and 38 points in 52 Swedish Hockey League games with Luleå HF in the 2021–22 regular season. He added eight goals and five assists in 13 playoff contests.

In recognition of his performance in 2021–22, Andreasson finished second behind Vancouver Canucks prospect Linus Karlsson in voting for the SHL top rookie award.
Advertisement
Ad
Advertisement
Ad
Andreasson stands 5’10” and weighs 183 pounds. The 1998-born Munkedal, Sweden product only made the jump from the HockeyAllsvenskan league to the SHL this season but looked like a seasoned veteran in his time with Luleå.

Pontus Andreasson with a double-OT goal to send Luleå to the semi-finals, his 7th goal of the series (5 games). pic.twitter.com/sdRbm2Ja2S

After his one-year ELC with the Red Wings expires, Andreasson will be eligible to become a restricted free agent in the summer of 2023.