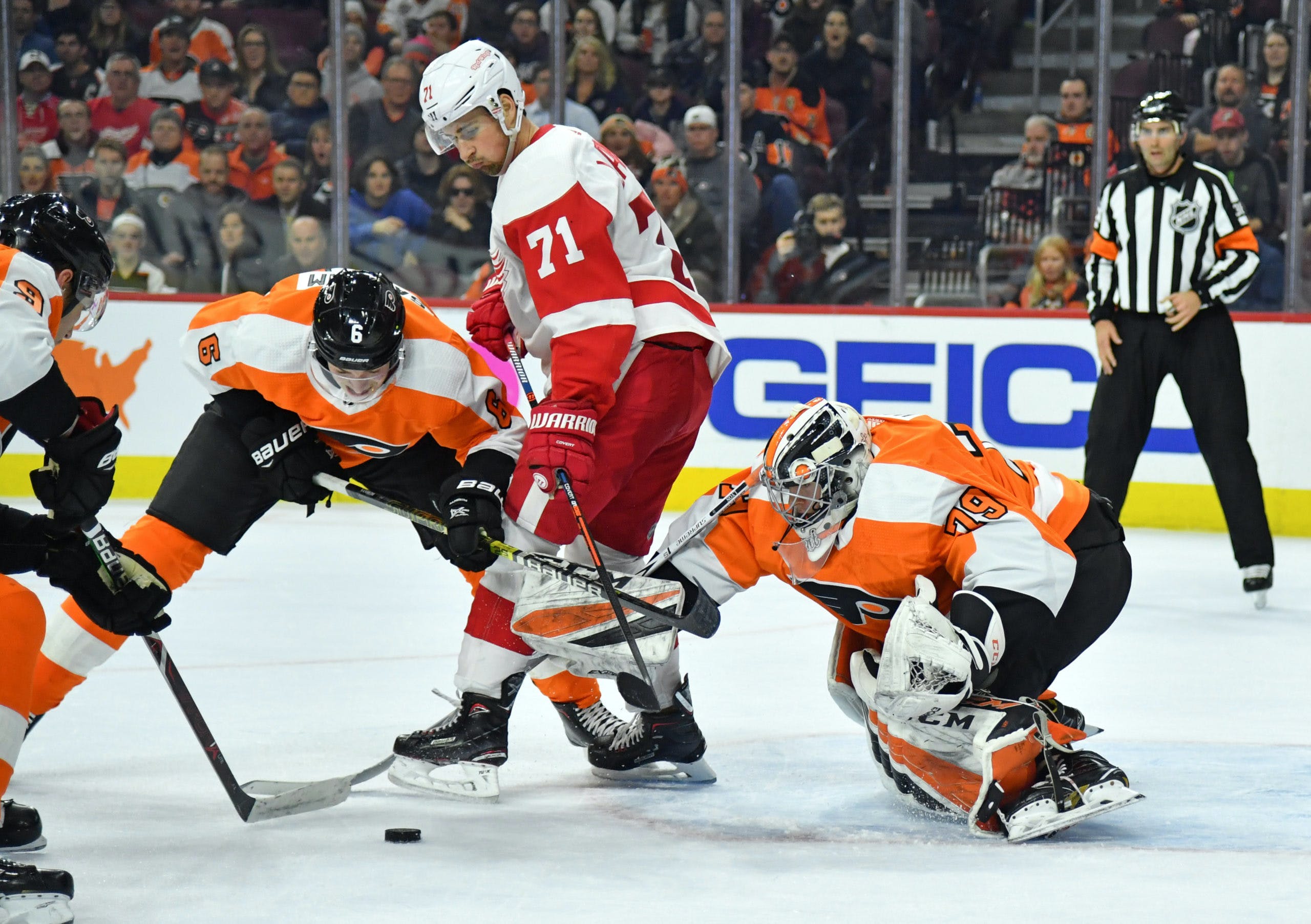 Photo credit: Eric Hartline-USA TODAY Sports
By Mike Gould
9 months ago
Comments
The Detroit Red Wings are back!
After taking a week off to accommodate the 2022 NHL All-Star festivities (at which @Dylan Larkin participated), the Wings will get back to work on Wednesday when they kick off a home-and-home set with the Philadelphia Flyers.
Wednesday’s game in Philadelphia will be the first of three meetings between the Red Wings and Flyers this season. The two teams will finish their season series with games in Detroit on Feb. 12 and Mar. 22.
The Flyers are in the midst of a dreadful season. Their 15–22–8 record ranks seventh in the Metropolitan Division; the sixth-place New York Islanders have as many points (38) in six fewer games (39, vs. Philadelphia’s 45).
@Sean Couturier, @Joel Farabee, @Ryan Ellis, @Kevin Hayes, and @Derick Brassard have all missed significant time for the Flyers this season. @Claude Giroux, @Cam Atkinson, and @Carter Hart have all had strong years that will likely go to waste, although Giroux could finish the season in a different locale.
Advertisement
Ad
Advertisement
Ad
Detroit dropped its final game before the All-Star break — at Los Angeles on Feb. 2 — by a 5–3 final. @Michael Rasmussen, @Tyler Bertuzzi, and @Joe Veleno all scored for the Red Wings in the loss.

Detroit: Hello, @Filip Zadina! The 22-year-old winger practiced on the Red Wings’ top line on Tuesday and looks primed for some significant time next to Dylan Larkin in Philadelphia. It’s a well-earned reward for Zadina, who has three points in his last four games and has played reasonably well despite dealing with horrendous luck in 2021–22. The 2018 sixth-overall pick has 14 points in 45 games this season.
Advertisement
Ad
Advertisement
Ad
Philadelphia: It’s been a rough Flyers debut season for @Rasmus Ristolainen, who enters Wednesday’s action with just two goals and 11 points while averaging 21:01 (his lowest since 2014–15) in 41 games. To acquire the 27-year-old right-handed defender, Philadelphia gave up the No. 14 pick in the 2021 NHL Draft, a second-rounder in 2023, and @Robert Hagg. That’s already looking like a mistake.

Risto can become a UFA in July and I'm fascinated to see what deal he gets. pic.twitter.com/oi8fTwyQXj

Wednesday’s game in Philadelphia will be broadcast on Bally Sports Detroit starting at 7:00 p.m. ET. It’ll be sent over the airwaves on WXYT-FM 97.1 “The Ticket” in the Detroit area, as well as on the Red Wings’ official website.