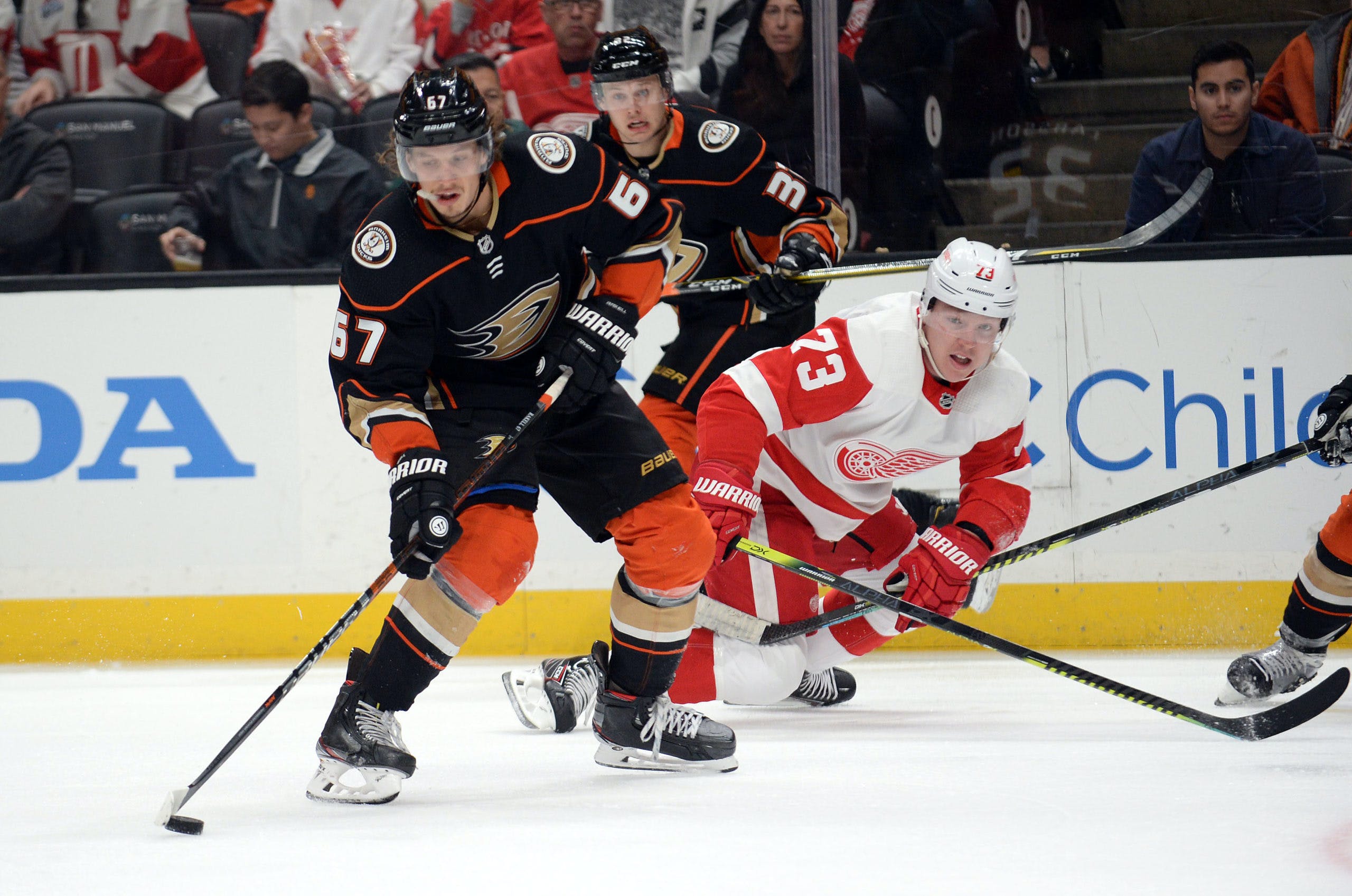 Photo credit: Gary A. Vasquez-USA TODAY Sports
By Mike Gould
11 months ago
Comments
The Detroit Red Wings will look to improve to 2–1–0 in 2022 when they kick off their California road trip in Anaheim on Thursday.
After falling 5–1 against the Boston Bruins on Jan. 2, the Red Wings rebounded spectacularly with a 6–2 beatdown of the San Jose Sharks two nights later. (Detroit will meet San Jose again for a rematch on Jan. 11 to conclude this three-game road swing).
@Pius Suter and @Tyler Bertuzzi each scored twice in the victory for Detroit, which also received goals from @Dylan Larkin and @Robby Fabbri.
Suter and Bertuzzi scored 37 seconds apart during the same Red Wings penalty early in the second period, with Bertuzzi’s shorthanded goal ultimately standing as the game-winner.
Anaheim is coming off a 4–1 victory over the Philadelphia Flyers on Jan. 4. Upstart forward @Troy Terry scored a hat trick in the win, placing him in the highest echelon among the league’s top goal-scorers.
Advertisement
Ad
Advertisement
Ad

HATS OFF TO TROY TERRY! 🎩

Anaheim is currently being ravaged by injuries and COVID-19, with the following regulars set to miss Thursday’s game for a variety of reasons:
We’ll keep you posted about the lines the Ducks use when they assemble for their morning skate on Thursday. Same deal with their starting goaltender.

Detroit: If only the Red Wings could bring @Tyler Bertuzzi‘s goal-scoring prowess with them for their games in Canada. Despite having already missed eight games this season due to injury and his unvaccinated status, the 26-year-old forward ranks 16th in the National Hockey League with 15 goals in 26 contests.
Anaheim: What a breakout season it’s been for 24-year-old winger @Troy Terry, who enters Thursday’s game as the only Ducks player with double-digit goals this season. He has 21, good for the third-most in the entire NHL. The only players with more are @Leon Draisaitl and @Alex Ovechkin. That’s good.

Thursday’s Red Wings game will be broadcast on Bally Sports Detroit Plus starting at 10:00 p.m. ET. It’ll be sent over the airwaves on WXVT-FM 97.1 “The Ticket” in the Detroit area, as well as on the Red Wings’ official website.
Advertisement
Ad
Advertisement
Ad