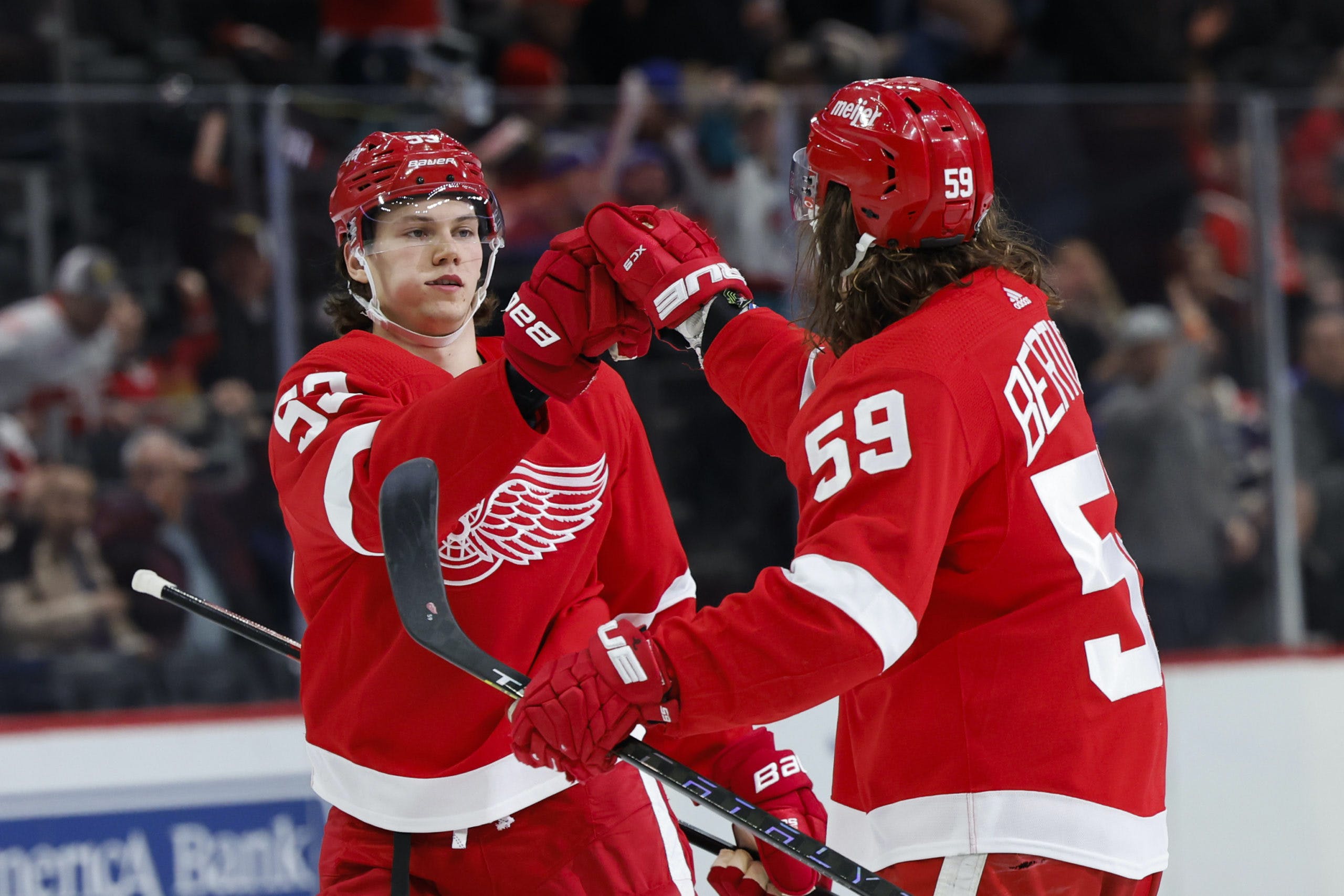 Photo credit: Rick Osentoski-USA TODAY Sports
By Mike Gould
8 months ago
Comments
The Detroit Red Wings can officially put an end to the Ottawa Senators’ faint playoff hopes when they meet at Little Caesars Arena on Friday evening.
A loss in any fashion will make it mathematically impossible for the Senators to qualify for the 2022 Stanley Cup playoffs. The Red Wings are also pretty much guaranteed to miss the post-season and have lost 13 of their last 16 games.
Beyond the playoff implications of the contest, Friday will also serve as the first NHL meeting between young German superstars @Moritz Seider and Tim Stützle (7:30 p.m. ET, BSDET Extra).
The Red Wings and Senators have not yet played against each other this season. Stützle, an NHL sophomore, expressed his excitement on Thursday to play against his friend and countryman Seider (who is the frontrunner for the Calder Trophy in his first campaign in Detroit).
Advertisement
Ad
Advertisement
Ad
Speaking of Germans: @Thomas Greiss will likely return to the Red Wings’ lineup on Friday after a week on the shelf, although it’s not clear whether he’ll get the start against the Senators. The 36-year-old goaltender has an 8–11–1 record and an .885 save percentage in 25 games this season.
The Red Wings (26–32–9) are coming off an unfortunate loss to the Rangers on Wednesday where they gave up three one-goal leads en route to a 5–4 overtime defeat. @Chris Kreider banked the puck off Seider late in the third period to tie the game with his team-leading 46th goal of the season; @Andrew Copp proceeded to win it in overtime with his second goal as a Ranger.
The Senators (23–37–6) currently rank second-last in the NHL’s Eastern Conference, most recently falling 4–1 to the Nashville Predators on Tuesday. Ottawa captain @Brady Tkachuk scored his team’s lone goal — his 23rd of the season — in the contest.
Advertisement
Ad
Advertisement
Ad

Detroit: He did it! @Lucas Raymond picked up his 50th point of the season in Wednesday’s game against the Rangers, becoming the 13th rookie in Red Wings history to reach that plateau. Fun fact: Raymond went to the Red Wings just one pick after Tim Stützle became a Senator at the 2020 NHL Draft. Who will come out of tonight’s game on top?

Advertisement
Ad
Advertisement
Ad
Ottawa: Having just returned this past week from an injury he suffered after being decked by Buffalo Sabres goaltender @Aaron Dell, @Drake Batherson is beginning to get back into the swing of things. The 23-year-old forward is the only Senator above a point-per-game pace this season (35 points in 33 games) and is back in his usual spot on the team’s top line.

I missed Drake Batherson so much. Such a fun player pic.twitter.com/OiKzTL3PX8

Wednesday’s game at Little Caesars Arena will be broadcast on TNT starting at 7:30 p.m. ET. It’ll be sent over the airwaves on WXYT-FM 97.1 “The Ticket” in the Detroit area, as well as on the Red Wings’ official website.