Advertisement
Ad
GAME DAY: Wings get Bertuzzi back against Chicago 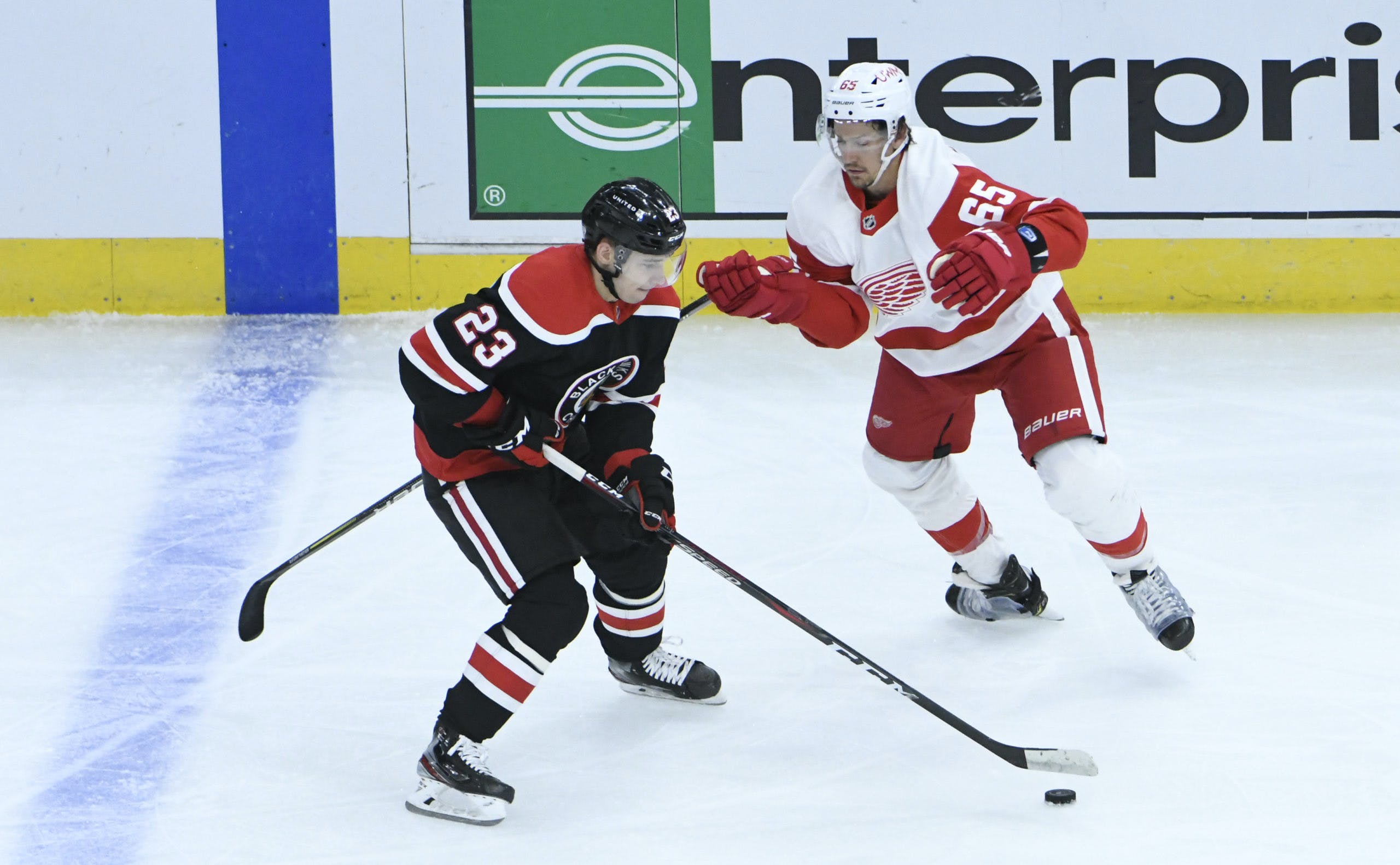 Photo credit: David Banks-USA TODAY Sports
By Mike Gould
1 year ago
Comments
If the Detroit Red Wings haven’t already burned the tape from Saturday’s 6-1 loss to the Montreal Canadiens, it’ll be well out of mind Sunday evening when they take on the 0-4-1 Chicago Blackhawks.
The Wings allowed six unanswered goals in Saturday’s game and pulled starting goaltender @Thomas Greiss after he allowed five goals on 17 shots. Expect @Alex Nedeljkovic to start for Detroit on Sunday.
After scoring Detroit’s only goal on Saturday, @Dylan Larkin will get one of his favourite linemates back against Chicago. @Tyler Bertuzzi was ineligible to play in Montreal — being unable to enter Canada due to his unvaccinated status — but he’ll be back on the top line in the Windy City.
Detroit has now lost back-to-back games, getting outscored 9-1 over their past two contests against Montreal and the Calgary Flames. Puck-drop for this one will go at 7:00 p.m. ET on Bally Sports Detroit.
Advertisement
Ad
Advertisement
Ad

Detroit: The Red Wings could really use a big game out of @Alex Nedeljkovic, who’s still searching for his first win with his new team. The 25-year-old goaltender is 0-1-1 with an .890 save percentage in his first three appearances with the Red Wings.
Advertisement
Ad
Advertisement
Ad
Chicago: After missing the entire 2020–21 season with an illness, @Jonathan Toews is without a point in his first five games of 2021–22. With Chicago still searching for its first win of the season, it’ll need its captain to start producing in his top-six role. If Toews gets going, there’s a good chance we’ll also see it with @Tyler Johnson and @Dominik Kubalik.

Saturday’s Red Wings game will be broadcast on Bally Sports Detroit, NBC Sports Chicago, Sportsnet One, and NHL Network.
It’ll be sent over the airwaves on WXVT-FM 97.1 “The Ticket” in the Detroit area, as well as on the Red Wings’ official website.