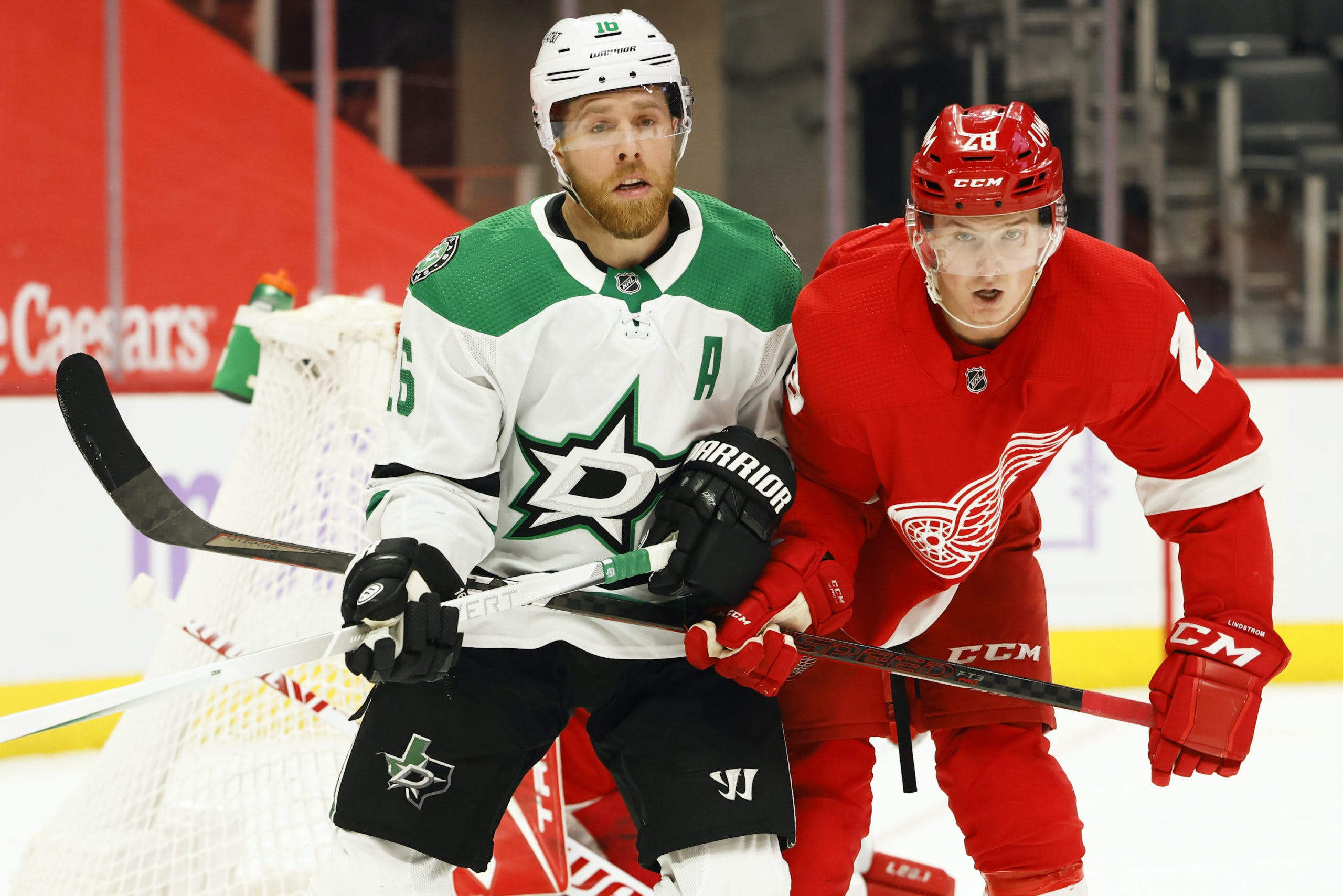 Photo credit: Rick Osentoski-USA TODAY Sports
By Mike Gould
1 year ago
Comments
The Detroit Red Wings will look to bounce back quickly from their loss in Columbus when they take on the struggling Dallas Stars on Tuesday at 8:30 p.m. ET at American Airlines Center.
Dallas broke a two-game losing streak when they beat the Philadelphia Flyers 5–2 on Nov. 13. The Stars currently rank sixth in the Central Division with a 5–6–2 record, good for the seventh-worst points percentage (.462) in the entire National Hockey League.
Detroit fell to the Columbus Blue Jackets on Monday by a 5–3 score, squandering a late 3–2 lead and ultimately failing to collect even a single point. @Dylan Larkin, @Michael Rasmussen, and @Lucas Raymond scored for the Red Wings in the defeat, which gave the team an 8–7–2 record on the season.
With @Mitchell Stephens injured, both @Carter Rowney and @Joe Veleno played for the Red Wings on Monday. Expect @Alex Nedeljkovic to start for Detroit on Tuesday after @Thomas Greiss allowed four goals on 37 shots in Columbus.
Advertisement
Ad
Advertisement
Ad

Detroit: After being scratched for a couple of games early in the season, @Filip Hronek is once again a fixture in the lineup for Detroit. He’s up to nine points in 15 games but is still searching for his second goal of the year, having gone the Red Wings’ last eight contests without one.
Dallas: Believe it or not, @Luke Glendening currently sits in a tie for second on the Stars with four goals in 13 games. The 32-year-old veteran of eight seasons with the Red Wings scored just six goals in 54 games with Detroit last season. Glendening already has 21 shots in 13 games, putting him on pace for a career-high 132 in a full season.
Advertisement
Ad
Advertisement
Ad

Monday’s Red Wings game will be broadcast exclusively on Hulu at 8:30 p.m ET. It’ll be sent over the airwaves on WXVT-FM 97.1 “The Ticket” in the Detroit area, as well as on the Red Wings’ official website.

WINGS GAME DAY BROUGHT TO YOU BY DAILYFACEOFF