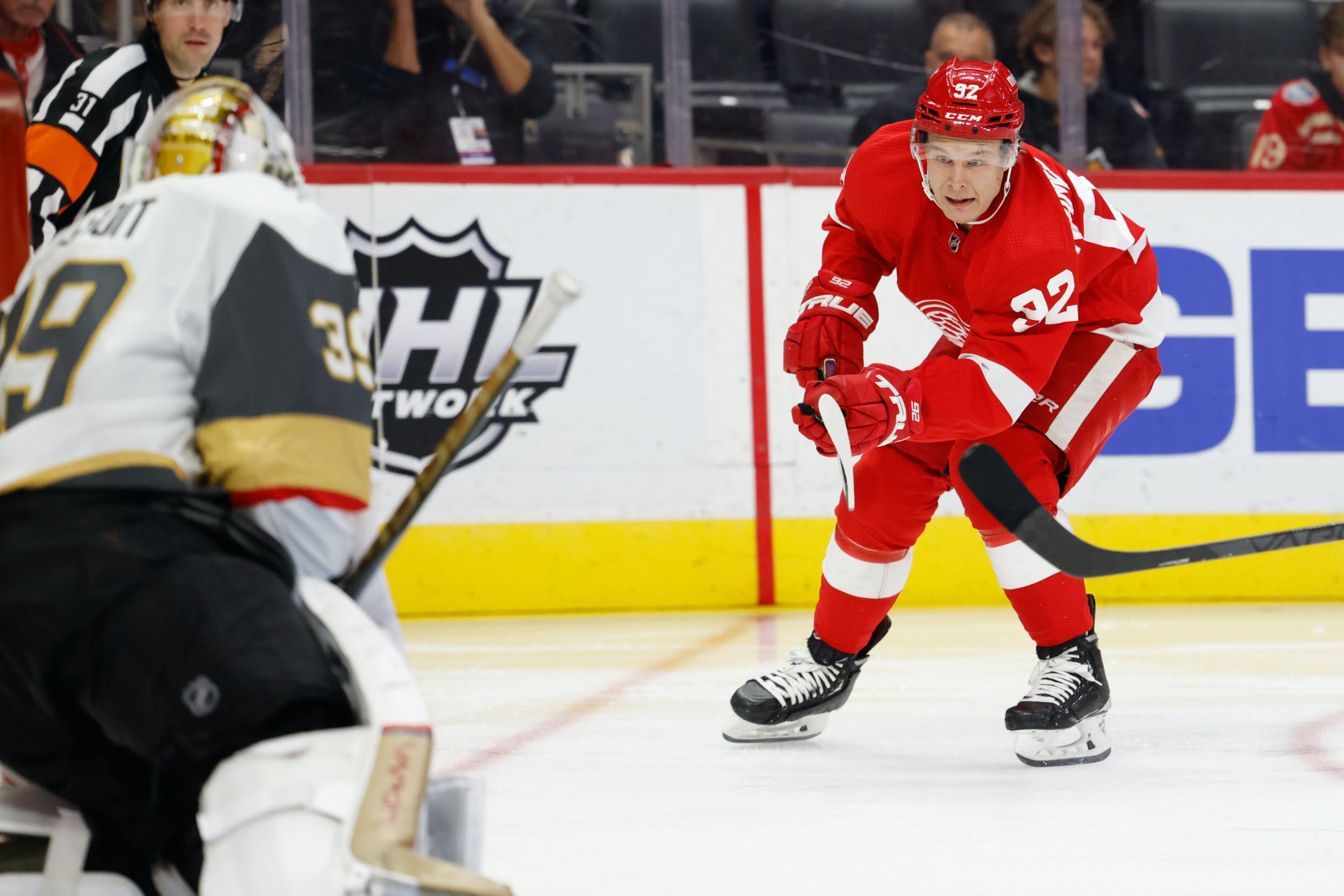 Photo credit: Rick Osentoski-USA TODAY Sports
By Mike Gould
1 year ago
Comments
The Detroit Red Wings will look to sweep their 2021–22 season series against the Vegas Golden Knights at T-Mobile Arena on Nov. 18.
You might want to stock up on your energy drink of choice: Thursday’s game is scheduled to begin at 10:00 p.m. ET. The Wings are currently on a two-game losing streak, most recently falling to the Dallas Stars by a 5–2 score on Nov. 16.
@Filip Zadina and @Dylan Larkin scored for Detroit on Tuesday, with the latter leaving the game following the second period after entering the NHL’s COVID-19 protocol.

Adding some context: Larkin was tested in the morning (PCR nasal swab) with a positive result that was received by Detroit during the game. https://t.co/p9pTCNNJfx

Detroit: You read that right: @Lucas Raymond currently leads the Red Wings in scoring. The teenage winger is up to 18 points in 18 games and is currently riding a three-game point-scoring streak, all while also being an excellent play-driver. Something would have to go very wrong for Raymond to not end the season firmly in the Calder Trophy conversation.
Advertisement
Ad
Advertisement
Ad
Vegas: After missing nearly a month with a lower-body injury, Golden Knights captain @Mark Stone is back in the lineup and has assists in consecutive games since making his return against the Vancouver Canucks on Nov. 13. The 29-year-old winger has five points (all assists) in four games with Vegas this season.

You might want to take an afternoon nap before Thursday’s Red Wings game, which will be broadcast on Bally Sports Detroit starting at 10:00 p.m. ET.
It’ll be sent over the airwaves on WXVT-FM 97.1 “The Ticket” in the Detroit area, as well as on the Red Wings’ official website.