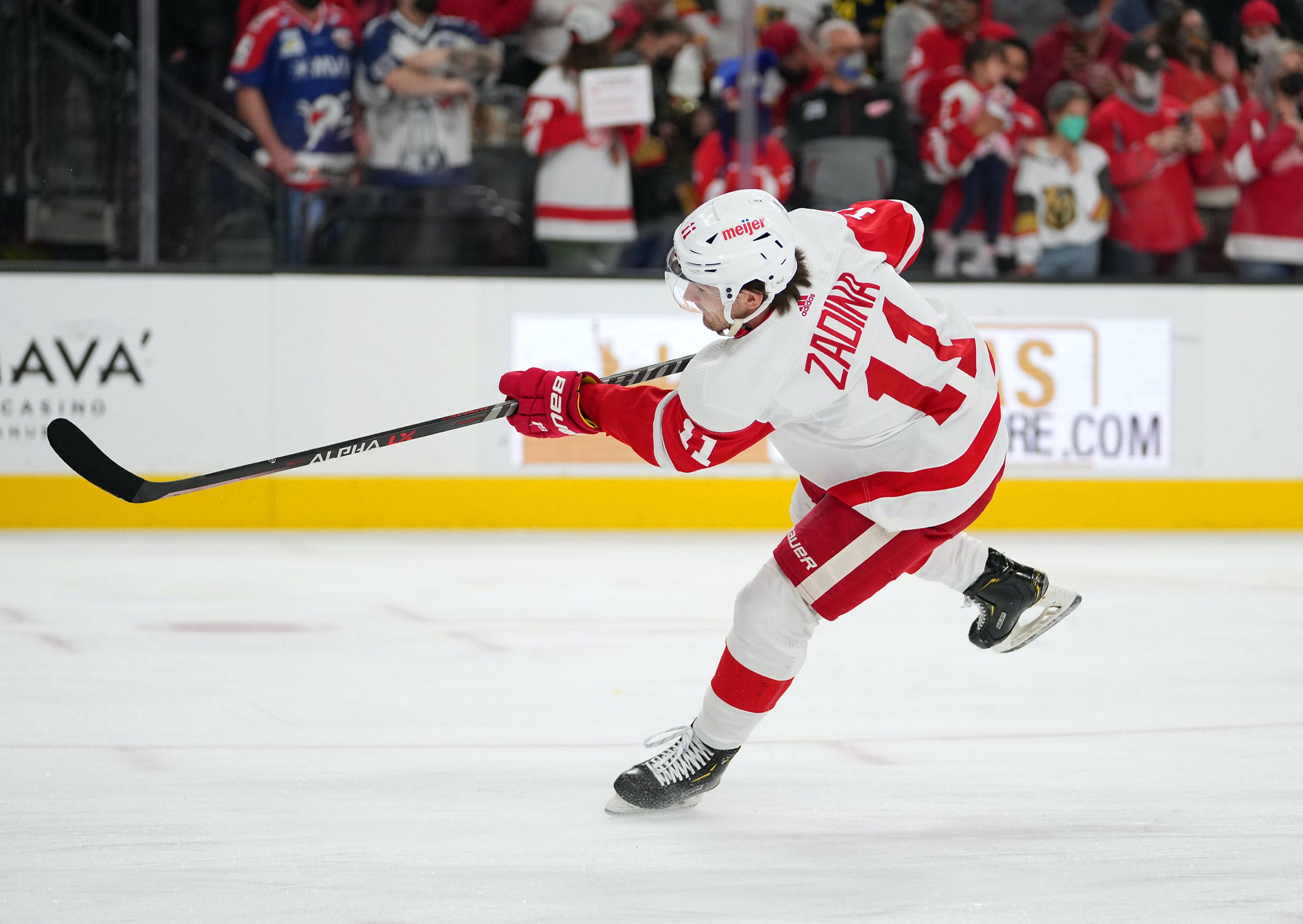 Photo credit: Stephen R. Sylvanie-USA TODAY Sports
By Mike Gould
1 year ago
Comments
The Detroit Red Wings will have a very good opportunity to snap their current three-game losing skid when they face the 2-13-2 Arizona Coyotes at Gila River Arena on Saturday evening.
The Coyotes have obtained just six of a possible 34 points through their first 17 games of the season. Their .176 points percentage is easily the worst in the NHL this year and would be the lowest mark by a non-expansion team since the 1943–44 New York Rangers if maintained through a full season.
Arizona’s lone player over the 10-point threshold is @Shayne Gostisbehere, acquired in the offseason (along with a free second-round pick) from the cap-strapped Philadelphia Flyers. The likes of @Phil Kessel, @Clayton Keller, and @Jakob Chychrun are all stuck below 0.5 points per game.
Detroit has lost three consecutive games at the hands of the Columbus Blue Jackets, Dallas Stars, and Vegas Golden Knights. The Red Wings will need to win against teams like Arizona if they want to have any hope of making the playoffs in the Atlantic Division.
Advertisement
Ad
Advertisement
Ad
Red Wings defenseman @Moritz Seider left Thursday’s 5-2 loss in Vegas after blocking a shot with his left knee late in the third period. Seider participated in Detroit’s practice on Friday but his status remains unclear for the Arizona game.

Detroit: @Moritz Seider being very good as a rookie has likely saved @Nick Leddy from receiving more criticism for his lacklustre performance early in his Red Wings tenure. The 30-year-old defenseman has just six assists in his first 19 games with Detroit and hasn’t exactly redeemed himself in his own zone.

Still not entirely sure why Detroit traded a 2nd for Nick Leddy… #LGRW pic.twitter.com/WkJUU6dRwL

Arizona: After missing the first month of the season with an injury, @Alex Galchenyuk is back in the lineup for Arizona and has two points in four games since making his return. The 27-year-old forward is in his second stint with the Coyotes and has also skated with the Montreal Canadiens, Pittsburgh Penguins, Minnesota Wild, Ottawa Senators, and Minnesota Wild — all since 2018.
Advertisement
Ad
Advertisement
Ad

Saturday’s Red Wings game will be broadcast on Bally Sports Detroit starting at 8:00 p.m. ET. It’ll be sent over the airwaves on WXVT-FM 97.1 “The Ticket” in the Detroit area, as well as on the Red Wings’ official website.