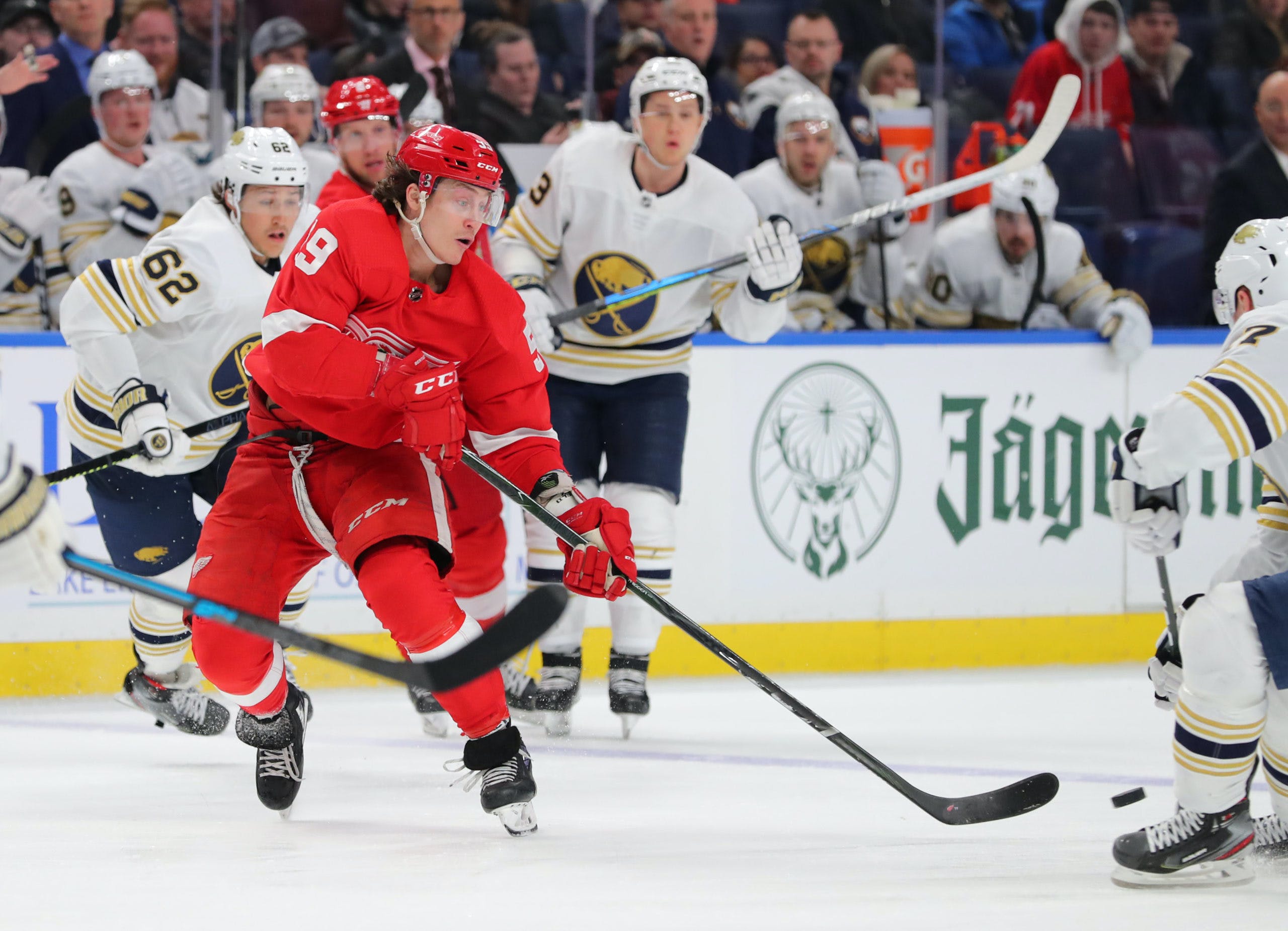 Photo credit: Timothy T. Ludwig-USA TODAY Sports
By Mike Gould
1 year ago
Comments
The Detroit Red Wings are on a bit of a slide.
They’ve lost four games in a row after starting the 2021–22 season with a 4-2-1 record. They’ll have a chance to change their fortunes on Saturday when they face off against the surprising Buffalo Sabres at 7:00 p.m. ET.
Detroit will likely be without center @Dylan Larkin in Buffalo for the third consecutive game. The captain has been out of the lineup since Nov. 2 while dealing with an undisclosed personal matter.
Buffalo still has a winning record (5-4-1) but has lost three consecutive games, most recently falling to the Seattle Kraken on Thursday by a 5-2 score.
@Victor Olofsson has led the way for Buffalo with five goals and nine points in eight contests, but he missed the Seattle game with an injury and is not expected to suit up against Detroit. The Sabres will also be without the services of @Casey Mittelstadt and @Craig Anderson on Saturday.
Advertisement
Ad
Advertisement
Ad

Detroit: When was the last time a 19-year-old was the Red Wings’ best player? Maybe it’s too early to bestow that moniker onto @Lucas Raymond, but he’s been fantastic in his first 11 NHL games with Detroit. In addition to driving play at both ends of the ice, Raymond now leads the team with 10 points (five goals, five assists).
Advertisement
Ad
Advertisement
Ad
Buffalo: Yes, you saw that correctly: @Tage Thompson is currently Buffalo’s number-one center. The 24-year-old is certainly their top guy on the basis of height — Thompson stands 6’7″ and weighs 218 pounds — and, to this point, he’s producing at a respectable rate. Thompson has three goals and six points in 10 games with the Sabres this season.

Friday’s Red Wings game will be broadcast on Bally Sports Detroit starting at 7:00 p.m. ET. It’ll be sent over the airwaves on WXVT-FM 97.1 “The Ticket” in the Detroit area, as well as on the Red Wings’ official website.